Market research firm IDC (International Data Corporation) recently revealed that media tablet sales were disappointing during Q1 2012, with a dramatic decrease in the shipment of Android-based tablets offsetting a strong quarter from Apple and its iPad.

How popular are tablets with local buyers though? Kalahari.com provides part of the answer to this question courtesy of the results for its 2012 mobile shopping survey, which looks at the popularity of tablets amongst South Africa’s online shoppers.

The survey analysed behaviour of more than 4000 connected South Africans and found that  73.4% of tablet owners are already using this mobile device to shop online.

This survey revealed that the most popular tablet online shoppers own is Apple’s iPad followed by the Samsung Galaxy Tab. Close to 70% of tablet owners indicated that they access the internet via their tablets through Wi-Fi and 3G, followed by 19.8% who connect through Wi-Fi only and 12.1% through 3G.

Another interesting finding is that a growing number of women are appearing to take advantage of the convenience that a tablet has to offer. “From 2010 to July 2011, males were the predominant purchasers of tablets (64%) while the number of female tablet buyers was a mere 36%. This is changing, as from August 2011 to date: 54% of tablet buyers are male and 46% female,” stated Liz Hillock, head of marketing at kalahari.com.

According to kalahari.com, the “T-commerce” trend is going to be a major driver of online shopping growth. A recent survey by research company Forrester in the US, reported that over 20% of mobile traffic they received came from tablets and the company stated that this is a sign that these mobile devices are poised to become significant future drivers of mobile shopping growth.

The kalahari.com mobile shopping survey further revealed that 78.3% of South Africa’s connected shoppers own a smartphone. In addition, a staggering 74.2% of respondents say they access the internet daily via these devices, compared to just 51% last year.

This increase in access of the internet via mobile coincides with the growth of mobile shopping transactions recorded over the last year. “It’s interesting to see that when the mobile shopping survey was conducted last year, shortly after we launched our mobile shopping platform, 26% of respondents indicated that they had made an online purchase using their smartphones while 53% said they were considering it,” explained Hillock.

Online shoppers have also echoed the sentiments of the youth who voted for RIM (Research In Motion) BlackBerry smartphones as the coolest cell phone amongst other awards, during the recent Generation Next 2012 Brand Survey Awards. When asked about the smartphone brand they own, Blackberry emerged as the most popular with shoppers, followed by Apple’s iPhone. 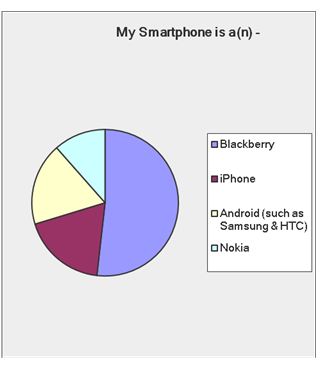 According to kalahari.com, this year’s mobile shopping survey confirms that an increasing number of shoppers will be transacting and shopping through their cellphones in the near future.

“In a country where more than 70% of the population owns a cellphone and mobile internet access has already surpassed PC internet access, kalahari.com plans to be at the forefront of what promises to be a vibrant and growing mobile commerce sector,” Hillock concluded.

In related news, kalahari.com also recently revealed that South Africa’s video gaming culture is enjoying exponential growth while undergoing a revolution. This upward trend is also in line with what the gaming industry as a whole appears to be enjoying – namely a global value of more than $65 billion and a generally positive outlook for the years ahead.