In light of the recent launch of Windows 8, Logitech has come to the peripheral party by announcing a new range of devices, specifically aimed at catering to the Windows 8 touch interface.

The company elaborated that users can perform the basic point, click and scroll functions anywhere their fingers rest on the touch surface, while further taking advantage of Windows 8 gestures, such as edge gestures for app switching, app bar and charms bar activation, pinch-to-zoom and three-finger swipe to return one to the Start Screen.

The touchpad, which has been designed to offer smooth gliding for greater gesture and cursor control, further enables users to left- or right-click anywhere on its surface. Additionally, an embedded sensor aims to ensure precise tracking so that navigation is fast and fluid.

As always, battery life is paramount, but thankfully, the touchpad is no slouch in this regards. Along with recharging via USB, the device boasts up to one month of battery life on a full charge, and an On/Off switch with a low-battery indicator light.

Putting magic back in the mice

Also on offer is the new Logitech Touch Mouse T620, which boasts a laser-grade optical sensor for precision tracking on most surfaces. Additionally, Logitech’s enthused that its latest mouse has an “ultra-sleek design”, along with a full touch-surface for fluid navigation.

Similar to the touchpad, users can also use gesture controls for app switching and horizontal and vertical scrolling, anywhere on the mouse. The device’s battery life has been pegged at a very decent six-months worth. 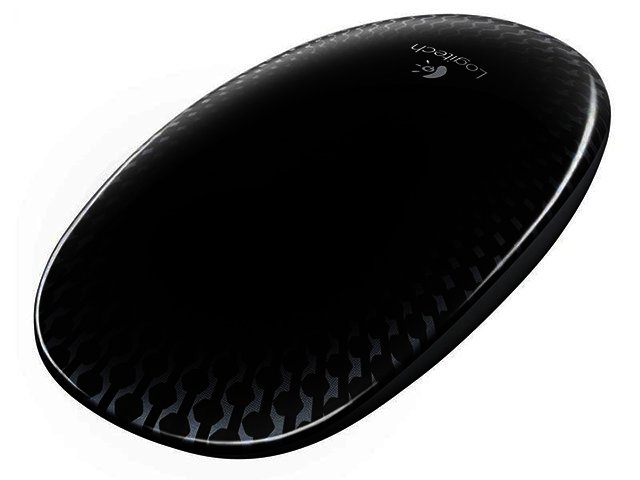 The final new entry is the Logitech Zone Touch Mouse T400. This, the company explained, “goes beyond traditional mouse functionality by letting users quickly and easily access popular elements of the operating system.”

It too boasts a glass touch-surface that is designed for smooth horizontal and vertical scrolling with one’s fingers, while users can further click anywhere on the front of the touch zone to go directly to the Windows 8 Start Screen to access their favorite apps.

Like the Rechargeable Touchpad T650, the Logitech Zone Touch Mouse T400 features an On/Off switch and a low battery indicator light, and boasts an even more impressive 18-month battery life.

“This new family of products takes the traditional mouse functionality you’re used to and optimises it for the navigation experience offered by Windows 8,” commented Reon Coetzee, country manager for Logitech South Africa.

“Our new mice and touchpad replicate the touch-screen experience that you’ve grown accustomed to on smartphones and tablets. With Windows 8 now offering up a similar touch experience, our products give you quick, easy and dynamic access to the core elements of the new interface,” he continued.

Samsung Galaxy S3 mini
Hot New Trailers: Passengers
Fitbit Versa
Cloud solutions need to be always-on
Fitbit Versa
Seamless communication is key to CX: Here is what it should look like
Snapping the chains that bind the business to legacy telephony limits