Symbian Anna handles the operating and the smartphone also sports a 5 MP camera, FM radio receiver, 2 GB of internal storage that can be boosted with the addition of a microSD memory card up to 32 GB in size.
The pocket and grip-friendly phone measures 111 x 54 x 14 mm and weighs in at a mere 93 g, which makes it lighter than any other Symbian^3-running device, the likes of the Nokia N8, C7, E7 and C6-01. 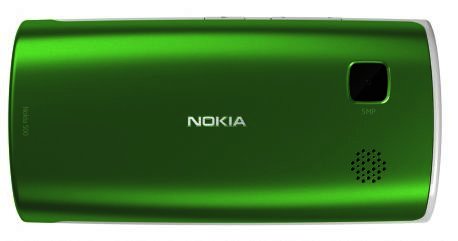 In spite of the presence of the 1 GHz processor, the Finnish phone maker says that the Nokia 500’s Li-Ion 1110 mAh battery will still be able to manage around 5-7 hours of talk time, north of 450 hours of standby or up to 35 hours of music playback.

Nokia’s 500 smartphone will be available from Q3 of this year, with the black model being released first, followed by a white one before the end of the year. Along with the smartphone itself, there will be three different-coloured back covers included in the retail box. No local release info is available as yet.
TAGS:
NokiasmartphoneSymbian AnnaNokia 500
USER COMMENTS