According to This is my next, Apple will not only be releasing its new iPhone later this year, but a new addition to its iPad range as well. It stated that a new tablet boasting a significantly higher screen resolution (2048 x 1536) will be released, and that this new tablet will not be called the iPad 3, but be referred to as the “iPad HD”.

It is said that Apple will be targeting the higher end of the tablet market with this new model. This means that the iPad 2 will be for most consumers, whilst the iPad HD will be for power users and multimedia enthusiasts, which will see it introduced with software such as an iPad version of Apple Final Cut Pro X video editing software.

In related news, Photojojo has reported on a new iPhone accessory that will transform your iPhone into a DSLR camera. This accessory is a case-adapter combo allowing users to attach their Canon EOS or Nikon SLR lenses to their iPhone 4, resulting in an incredibly powerful depth of field that no iPhone user has ever been privy to. 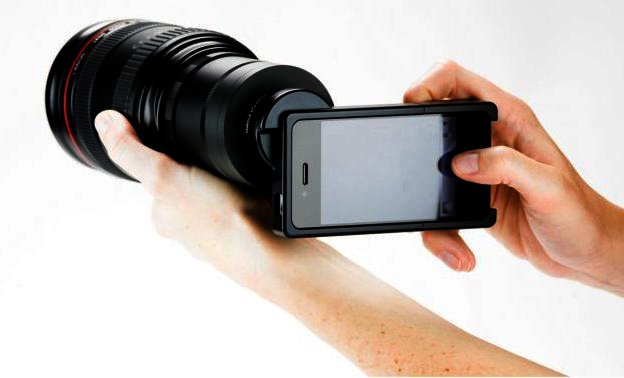 iOS update on the way along with security fixes

Continuing on the Apple cart, the company is developing another update for its iOS mobile operating system (OS) that powers its iPads and iPhones. According to The Telegraph, it comes after the German Federal Office for Information Security posted a warning on its site, pointing out a security flaw in the current version (4.3.3) of Apple’s mobile OS.

It stated that opening an infected PDF on an iOS-operating device could allow malicious programs to run on that mobile device. A spokesperson from Apple responded to that post saying: “Apple takes security very seriously, we're aware of this reported issue and developing a fix that will be available to customers in an upcoming software update.”

Besides this security update, the Cupertino-based tech outfit will also be releasing iOS 5 later this year.

Microsoft has had a lot of success of late with its patent agreement strategy for Android OEMs. Amongst others it has concluded successful patent agreements with Velocity Micro, General Dynamics Itronix and Onkyo Corporation.

Now though, the company is after some bigger prey in the form of Samsung. According to GSM Arena the Redmond-based company is demanding that the Korean tech giant fork over $15 (around R100) for each and every Android-running smartphone, such as the Galaxy SII, which it has sold to date. These devices will then be subject to broad coverage under Microsoft's patent umbrella.

A report at the end of May from MobileCrunch suggests that Microsoft has made five times as much money from Android royalties as it has from royalties for its own Windows Phone 7 OS. If Samsung also have to pay royalties to Redmond that gap would dramatically increase, as Samsung’s Android-powered smartphones (and tablets) are incredibly popular, with the Galaxy SII for example crossing the three million sales mark in only 55 days of availability. 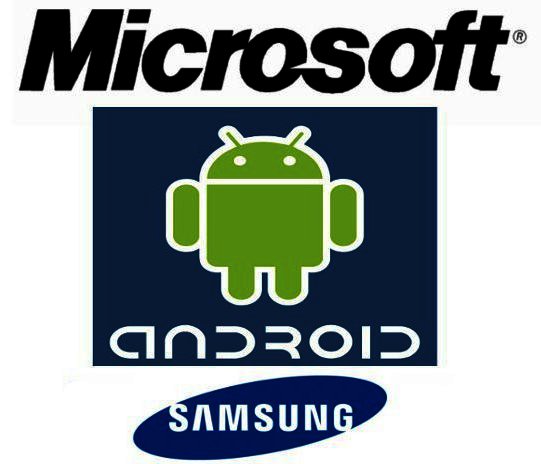 Microsoft brings co-authoring to the cloud-based version of Word

On the topic of Microsoft, the company has announced a new Office Web Apps feature, which will enable users of this cloud-based Office suit to co-author documents in the Word Web App on SkyDrive. Word Web App users will now, like Google Docs users, be able to collaborate on documents when accessing these via Microsoft’s SkyDrive cloud-based storage solution.

“When you’re co-authoring, you always have a real time view into who is making changes and where these changes are occurring,” the company stated on a blogpost. “As soon as you begin typing, the corresponding section of the document is locked and others are notified, placing you in control and freeing others from distraction. Contributors can hit “save” at any time to see an updated view of all changes.”

Hotmail not cold after 15 years

In related news, Microsoft’s free email service, Hotmail, turned 15 years old on Monday. After one and a half decades Hotmail is still on of the most utilised email services, even though it is facing stiff competition from the likes of Google’s free Gmail email service.

In celebration of this milestone Microsoft ran through the various feature updates and improvements it has made to the service over the years. Amongst these is the fact that Hotmail is now up to 10-20 times faster (speed comparison video posted below) than it was last year, with the Redmond-based company even pointing out that it is faster than Gmail in some areas. Hotmail also filters out over 98% of spam email sent to users, amounting to a whopping 5.5 billion messages per day.
Penguin-powered Toyota software & technology to run in your next car

The Linux Foundation, which is responsible for the development and expansion of the open-source OS, has announced that Toyota now counts amongst its members.

Car manufacturers, the likes of the Japanese giant, are employing new software and technologies to provide drivers with the same level of web- and wireless connectivity for their vehicles as they would have in their home and office. This takes the form of trip computers that monitors factors such as mileage you can get from the petrol left in the tank, through to In-Vehicle-Infotainment (IVI) systems.
“Linux gives us the flexibility and technology maturity we require to evolve our In-Vehicle-Infotainment and communications systems to address the expectations of our customers,” said Kenichi Murata, project general manager of the Electronics Development Division of Toyota. 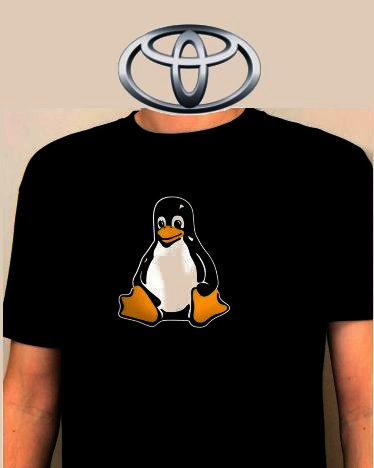