Both smartphones operate on the latest edition (version 7) of the company’s BlackBerry mobile operating system (OS), which provides access to functionality such as voice-activated web searches, as well as support for Augmented Reality and NFC (near field communication). This new mobile duo extends the range of BlackBerry 7 smartphones available from Vodacom, which includes devices such as the BlackBerry Curve 9360 and BlackBerry Bold 9900.

The Canadian smartphone and tablet maker’s new BlackBerry Bold 9790 is a touch-and-type device. Like the Bold 9900 it couples the finger-friendly typing convenience of a tactile QWERTY keyboard and optical trackpad with a touch-enabled display, as it sports a 2.45" (480 x 360 pixels, 246 pixels per inch) touchscreen.

Snappy navigation through its BlackBerry 7 OS as well as smooth performance whilst browsing the web and running apps will be helped along by this smartphone’s Marvel Tavor MG1 1 GHz processor and 768 MB of RAM. In terms of storage the Bold 9790 offers 8 GB of internal storage space, which can be boosted to 40 GB via the expandable memory card slot that supports cards up to 32 GB in size.

Also onboard is a 5 MP camera that offers VGA video recording (640 x 480) instead of HD-Ready (720p) video recording which has become a more common sight on phones with similar specifications. Vodacom subscribers can get the BlackBerry Bold 9790 for R389 per month on a 24 month BlackBerry Talk 100 contract. The recommended retail price of this smartphone is R4899. 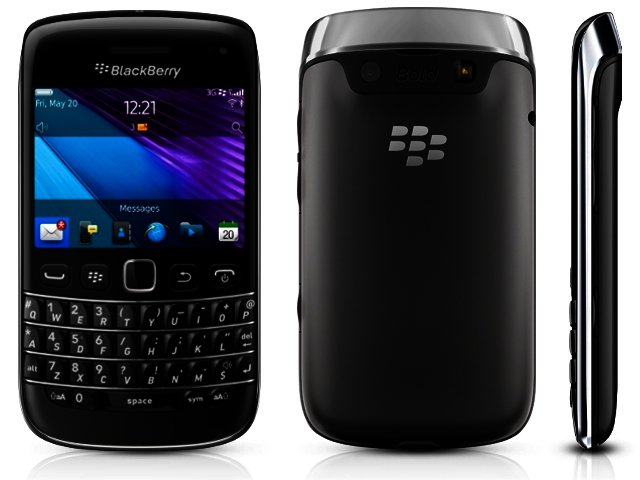 RIM’s BlackBerry Curve 9380 is aimed at users who prefer to forgo the QWERTY keyboard in favour of an all touch users experience. This smartphone is the first touchscreen-only mobile device in the BlackBerry Curve range, featuring a 3.2" (480 x 360 pixels, 188 pixels per inch) display. It operates on BlackBerry 7 OS and is powered by a Marvel Tavor MG1 processor running at 806 MHz. The Curve 9380 also sports 802.11 n Wi-Fi, 512 MB RAM, integrated GPS with a-GPS assistance, as well as a 5 MP snapper enabling it to record VGA (640 x 480) videos. Like the BlackBerry Bold 9780 it offers 512 MB of internal storage space, which is expandable up to 32 GB via a hot-swappable microSD card slot.
Vodacom stated that the BlackBerry Curve 9380 is available at R229 per month on a 24 month Everyday off-peak 120 contract, whilst prepaid users will be able to buy the phone for a recommended retail price of R3799. 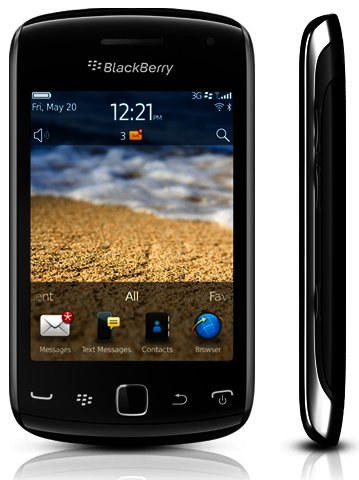