The return of several favourite TV shows, a slew of Marvel-based movies and a number of family friendly entries  are amongst the line up that audiences can look forward to in the months and in the case of Marvel, years ahead.
This is according to the Walt Disney Company Africa, which lifted the lid on its line up at an exclusive pre-screening of Wreck-it Ralph at Nu Metro in Hyde Park this week.
On the movies front, the entertainment outlook is looking no less heartening. Starting with the Finding Nemo 3D this Friday, families should be well catered to in the months ahead, as the heart-warming and funny Wreck-it Ralph  (review here) will open on the 25th of January, and then make way for Oz the Great and Powerful on the 8th of March and Chimpanzee on the 22nd of that same month. 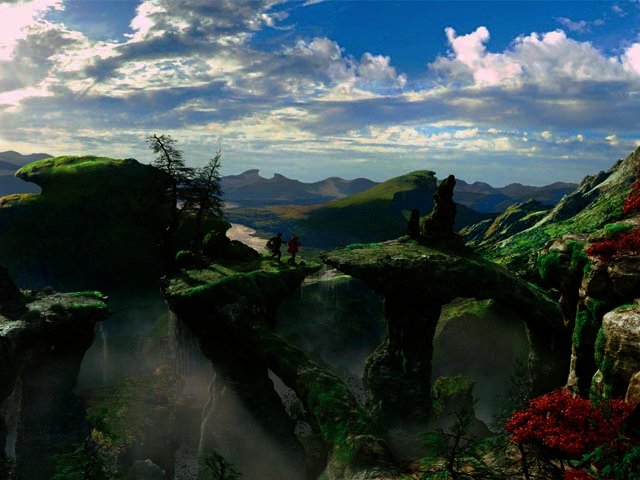 Oz the Great and Powerful is set to offer up a fantastically whimsical world to immerse oneself in,
along with a strong cast
Oz the Great and Powerful, which looks set to be a visual treat for fantasy fans, sees circus magician Oscar Diggs (played by James Franco) being transported to Oz and reluctantly drawn into the epic problems facing the land and its inhabitants. The cast also includes Mila Kunis, Rachel Weisz and Michelle Williams as three witches who don’t believe Oscar is all he claims to be.

The movie is directed by Sam Raimi (of the first three Spider-Man movies and Drag Me to Hell), and, if the trailer is anything to go by, is going to be no less whimsical and fantastic than the latter.

The other highlight worth watching out for is Chimpanzee, a new true life adventure narrated by Tim Allen. The movie follows a young chimpanzee life as a rival band of chimpanzees causes him to be separated from his family, and is adopted and taken care of by a surprising ally.

The final piece of big news revealed by the company centred around the Marvel universe, as we were assured that there was a lot more Avengers related stories on the way.

First up is Iron Man 3 coming in May next year. In the third instalment, Tony Stark (once again played by Robert Downey Jr) finds himself the direct target of a new enemy hell bent on destroying him. According to a tantalising trailer, this begins with a dramatic attack on Stark’s Malibu mansion, that leaves Stark forced to rebuild.

As such, the movie will offer a deeper exploration into Iron Man’s origins, as well as 42 customised Iron Man suits with various abilities. Gwyneth Paltrow will further be returning as Pepper Potts. Then, November 2013 will bring Thor: The Dark World to the big screen, followed by Captain America’s return in 2014 and The Avengers 2 the year after. 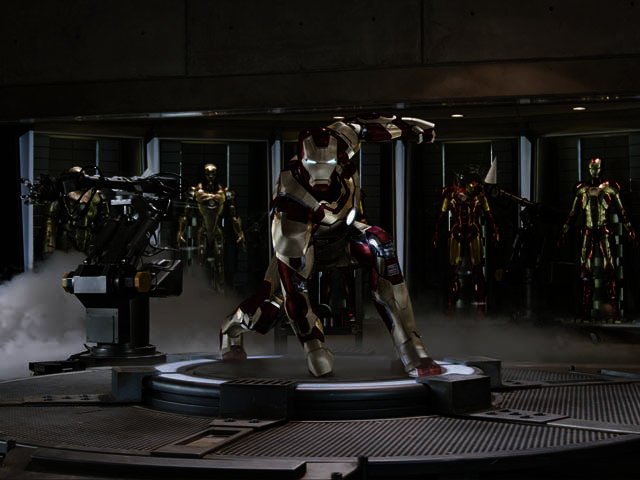 Iron Man 3 sees Tony Stark's return to the big screen, with a nemesis determined to wipe his grin off his face for good.
The TV shows that are returning on DStv in the months ahead include the second season of Revenge on the 2nd of February, the second season of The Fixer on the 2nd of March, the ninth season of Grey’s Anatomy in February, preceded by  the sixth season of its spinoff, Private Practise, in January.
Additionally, a new comedy, Baby Daddy – which sees a single twenty-something year old unexpectedly become a single parent –  has been slated to make its debut on the small screen in February.
To the point

While mention was made of the company’s recent acquisition of the Star Wars franchise, no further details were given at this point, as apparently the move was still being finalised. Nonetheless, clearly there is a great deal to look forward to on the entertainment front.