The original Starcraft released in 1998 is one of the most popular and widely played PC games ever, but the sequel to Blizzard’s massively popular space opera has been in development for years with the game being delayed on several occasions. Blizzard has always released their games only when they were completely satisfied with the results, and at the end of the day we think most would agree that Starcraft II was definitely worth the wait.

Blizzard has always been renowned for their deeply immersive single player experiences, from Diablo to Warcraft to Starcraft, each series has its own tales of bravery, adventure and intrigue to tell. And boy, do they know how to tell a story.

For those unfamiliar with the series, Starcraft follows the tale of the Terran, Zerg and Protoss in their fight for the galaxy. The Terrans are humans who left earth thousands of years ago, the Protoss an ancient alien species with hyper advanced technology, and the Zerg swarm a bug-like alien species hell-bent on destroying everything in their path. 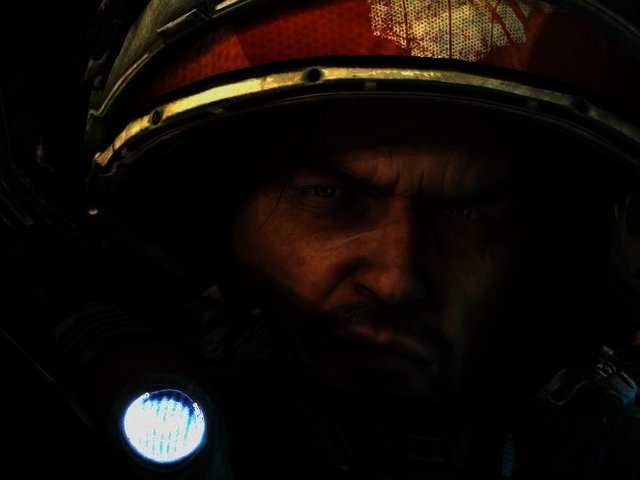 If you remember the story of the first game you’ll be familiar with the main protagonist, Jim Raynor. This salty space marshal was one of the first to encounter the Zerg threat on the planet of Mar Sara, and players followed his story throughout the Terran campaign.

At the outset of the second instalment we find Jim Raynor on Mar Sara once more, this time in a rundown and frequently intoxicated state. He still fights against the Terran Dominion under Emperor Mengsk but over the four years since the events of the first game took place him and his team, simply known as Raynor’s Raiders, have been little more than a thorn in the side of the Dominion.

The looming threat of the Zerg broods, under the Queen of Blades (Kerrigan), still hangs over the galaxy and early on in the game the news breaks that the Zerg swarm has reappeared and is attacking Terran and Protoss alike.

Now Raynor, who feels partially responsible for what happened to Kerrigan (won’t reveal spoilers), embarks on a quest to save the galaxy from the Zerg while fighting against the tyrannical forces of the Terran Dominion and the not-so-friendly Protoss. 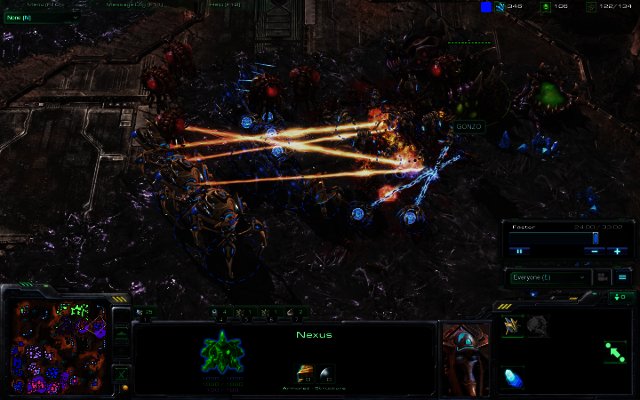 Anyone familiar with a Real Time Strategy (RTS) title, or indeed Starcraft, will quickly get used to the gameplay system and the way the campaign progresses. This time around Blizzard spared no expense in creating a cinematic story experience on par with the best movies out there, both in terms of content and writing.

In the sequel missions aren’t only presented by the heads-up displays found in the first game; players now have a much more interactive campaign experience. Between missions players are able to move around on Raynor’s flagship, the Hyperion, interacting with various people on the ship.

Heading to the cantina and checking out all the happenings adds an interesting element between the missions while the armory enables players to upgrade their armies using credits earned from completing missions. The laboratory and bridge can also be accessed to purchase more advanced upgrades and select missions. 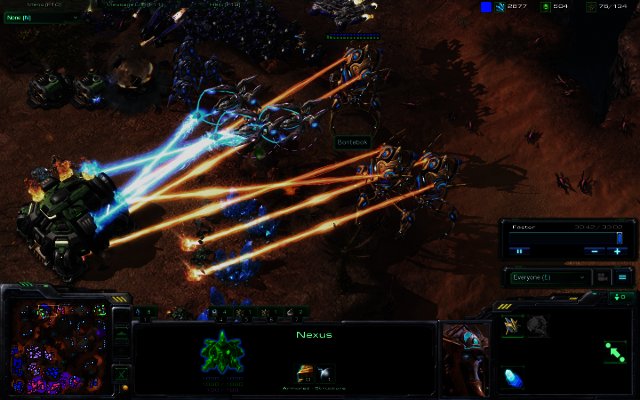 During most of the game (and all multiplayer games) you start off with a small base which you must quickly upgrade to start rolling out more advanced units and buildings. Before producing units and buildings the game requires players to collect two resources, mineral crystals and vespene gas.

Players must then build up their base, send units to attack the enemy or capture objectives while simultaneously keeping an eye on production and defence.

The campaign missions do a great job of bringing some variation into the game dynamic. In one mission you’ll find yourself  protecting your units against lava flows while in the next you’re raiding a Dominion base with the aid of a giant mech. 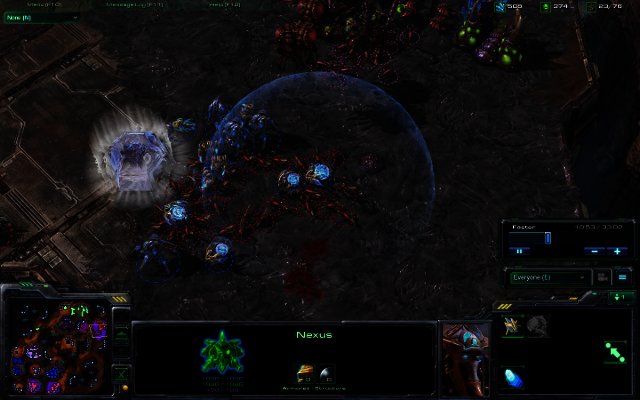 As with the previous game, there’s no doubt that once the single player campaign is finished,  the multiplayer aspect begins to shine through, something which is sure to keep hardened fans glued to their screens for years to come.

To play the game one must first create a Battle.net account against which you register your copy of the game. This isn’t much of a hassle and can be completed while the game is installing, but means that you need an active internet connection to start the game initially. After creating your account, signing into the game is quick and easy, with the custom user experience negating any negative aspects.

When you have signed in the game recognises your profile and loads your custom settings and friends lists immediately. You can now chat with any of your online friends. There’s even a feature which scans your Facebook friend’s lists to see who of your friends also has Battle.net accounts.

One of the aspects which has kept players away from Starcraft in the past is the brutal multiplayer matches, and luckily Starcraft II has rectified this. When playing multiplayer for the first time players can choose to first take part in an optional ‘practice league’. This league, spanning 50 games, is made up of rush-proof maps helping newcomers get to terms with the game before being dropped into the brutal multiplayer leaderboards.

When joining the main multiplayer games players will find an automated league and ladder system that pits them against opponents of the same skill level. This feature worked well, and helps to keep the game challenging.

A series of challenge missions is also available which helps players come to terms with how individual units work together in the field. Learning to use the correct units to support each other and also what skills to use at what time is critical to online success. These challenge missions also adds a welcome distraction if you’d like to play by yourself for a while after the campaign is finished.

Players can also play custom games against all AI opponents if they wish. The AI opponents have varied difficulty ratings and fight intelligently, making them a great training tool. 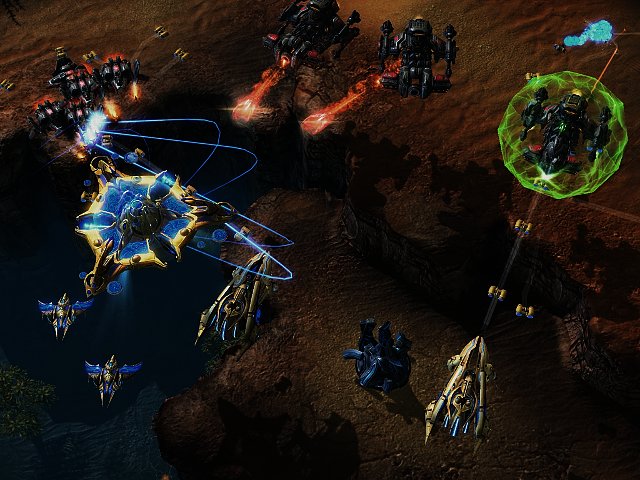 Overall players will find some headaches on the multiplayer side of Starcraft II with LAN play being removed being the most obvious one.

You can still play against friends, but the game now requires both of you to be connected to Battle.net at all times. Players don’t have to kiss the days of late night Starcraft LAN’s goodbye though, just hold it at a venue with an active internet connection and make sure everyone chips in for some bandwidth. This is the most glaring omission from the game by far, and while it may sour a player’s experience if they don’t have proper internet access, it’s simply a sign of the times. It’ll be the same story for Diablo III as well as many other new games, so it’s something gamers will have to get used to.

Another disappointing feature which we’ve known about for a  long time now is the fact that the game only covers the Terran campaign, hence the name Starcraft II: Wings of Liberty. If you were looking forward to the Zerg and Protoss campaigns you won’t find them here as Blizzard is releasing them as two separate games. At this point it’s unclear whether these will be stand-alone titles or expansion packs, but not being able to jump into the Zerg side of things after completing the Terran campaign will be a bummer to many a gamer.

The next two ‘editions’, entitled Starcraft II: Heart of the Swarm and Starcraft II: Legacy of the Void will cover the Zerg and Protoss campaigns respectively, though release dates at this point are nothing more but speculation. 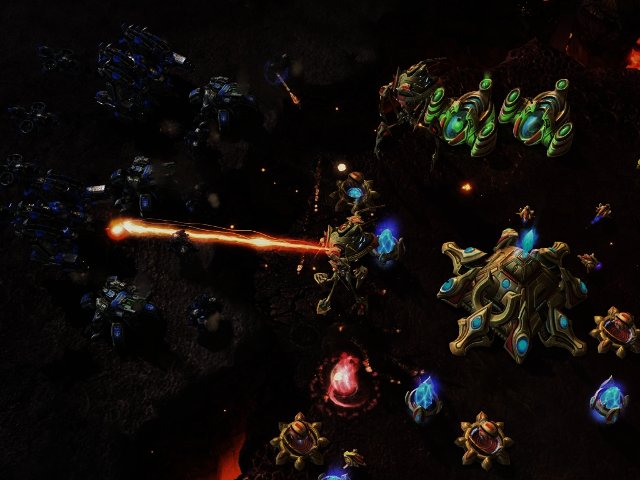 At the end of the day Starcraft II delivers a riveting and highly enjoyable experience. The cinematics resulted in our mouths hanging open in awe, while the fast-paced online multiplayer will have you clicking away frantically. The entire campaign experience can be likened to a very long and very enjoyable movie, since the story telling is just that good.

For fans of the series and the RTS genre Starcraft II is a must play and will provide hundreds of hours of entertainment and fun. But don’t just believe us, listen to the rest of the world’s Starcraft II gamers who have made this game the fastest-selling RTS title of all time.

CONS
No LAN support and the fact that different games need to be purchased for the other campaigns
TAGS:
Starcraft 2BlizzardActivisionStarcraftBattle.net
USER COMMENTS