When Ubisoft released the first trailer for Far Cry Primal in October last year, it surprised many of us in the office. After the success of Far Cry 4, and its trippy ride through the Himalayan mountains, heading back in time to the Stone Age might seem like the type of idea from a game studio short on imagination. Half an hour in with Far Cry Primal, however, and it's clear that this game is anything but. The world that Ubisoft has manifested, from the detail of cave paintings and primitive weapons to creating new languages and an expansive map to explore, is one that gamers can get utterly entranced with. 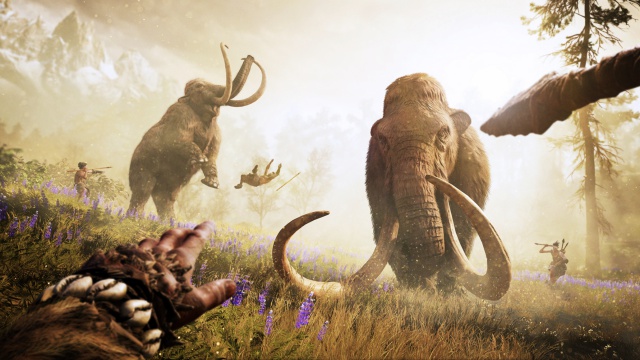 As is common with most Far Cry games, Primal sees gamers take the role a male protagonist. With the world of Oros as its backdrop, Takkar acts as the reluctant hero/leader of the Wenja tribe. He is the last of his group of Wenja, and needs to find others to form a new tribe or face extinction.

Takkar and the Wenja are not alone in the world of Oros, facing threats from two other tribes, the Udam and Izila. The former seems more animal than human, with their leader Ull being a physical force of nature. The Izila on the other hand bear more similarities with the Wenja, but possess a greater intellect, having mastered fire as a weapon. Their leader Batari, although not a physical threat, is as cunning and maniacal as they come.

Ubisoft has gone to painstaking lengths to give all three tribes immersive backstories, as well as their own languages, all of which are derived from a similar dialect. Far Cry Primal is one of few games which places a heavy emphasis on the lexicon used in-game, enlisting the help of university professors in order to do so. As such, it offers an increased layer of immersion, something which is hard to match in any other game. 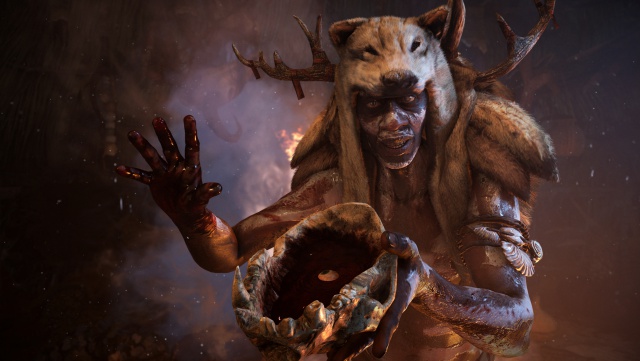 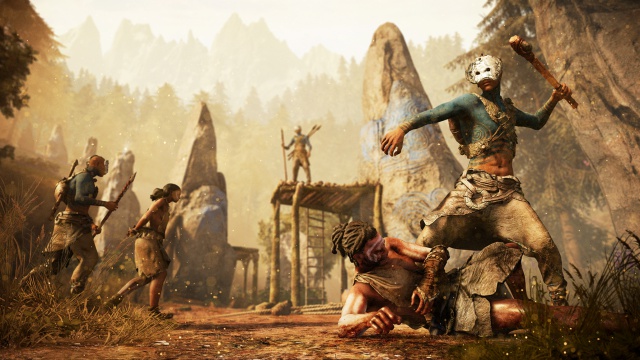 Don't be enthralled by the scenery for too long though, as doing so will likely lead to your death. It is not only the other warring tribes that gamers must contend with, but also the beasts that inhabit Oros.

To give gamers some help in this regard, Takkar has 'hunter vision', activated by pressing the R3 button, which turns the screen black and white, while also highlighting specific elements. Resources and unknown objects for example will glow yellow, whereas threats will be red. It comes in handy both when trying to track prey or escaping the dinner menu yourself. 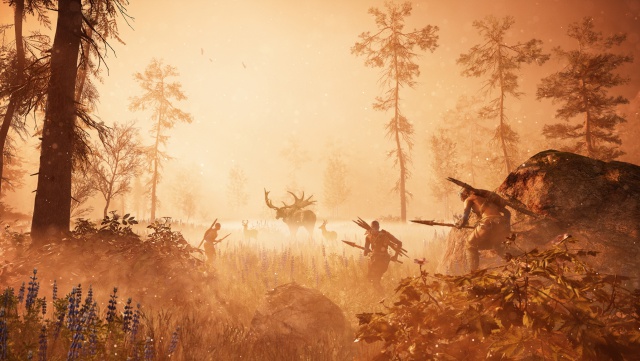 While there are a number of weapons available in Far Cry Primal to unlock, one never feels fully in control or superior to the animals of Oros. Nowhere is this better epitomised as when you cross paths with a sabretooth tiger, easily the most dangerous animals in the game. Their speed is what first strikes you, as you attempt to swivel your POV as it circles in for the kill. Once able to get a good glimpse of it, the sheer power of its bite, not to mention its claws, will fell gamers in a few short moments.

This is part of the reason I was so keen to tame this beast as one of my own. One of Takkar's great abilities is that of a Beast Master, capable of taming and commanding nearly every animal in the world of Oros. Once that's achieved, one can send it into battle or use it to stave off any would-be predators. It's important to remember that the bigger the predator you've tamed, the less danger you're likely to encounter. I learned that lesson the hard way, losing the white wolf I had just subjugated to a sizeable bloodfang sabretooth, which promptly topped me shortly thereafter. 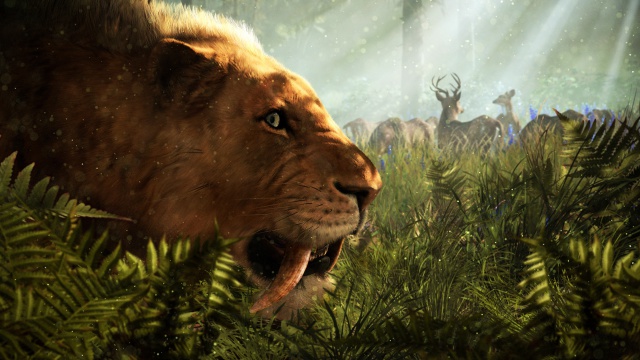 As far as weapons and skills go, learning and acquiring new ones is facilitated by the Wenja you encounter and get to join your tribe. As such, exploring, meeting and helping your fellow Wenja is vitally important, not only to the survival and growth of your tribe, but also Takkar's development as a formidable leader.

One quickly realises the importance of this when it comes to hunting and fighting. The go-to weapon for me in this regard was the bow and arrow. The better your skill with this weapon, the more effective you are at handling a group of attacking Udam warriors, or a pack of ravenous wolves.

The fighting gameplay can be a little repetitive at times, particularly when fighting other tribes. Their movements are quite predictable, and often two arrows to the body or one carefully placed arrow to the head will do the trick. I found hunting animals to be far more rewarding, as you can track them with your 'hunter vision' and then employ a number of different weapons to take them down. Their attacks are also far less predictable and pack quite the punch. Ever been hit by a Mammoth? Two strikes are your out.

Like most things in Far Cry Primal, the creation of weapons requires resources. Luckily they're littered throughout Oros, so finding many of the mainstay resources is easy enough. When it comes to crafting special weapons or upgrading the dwellings of key Wenja tribe members, more exotic resources are often required, which means journeying to the farthest reaches of your map. 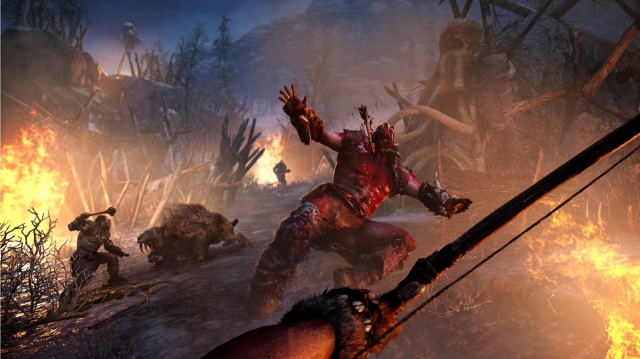 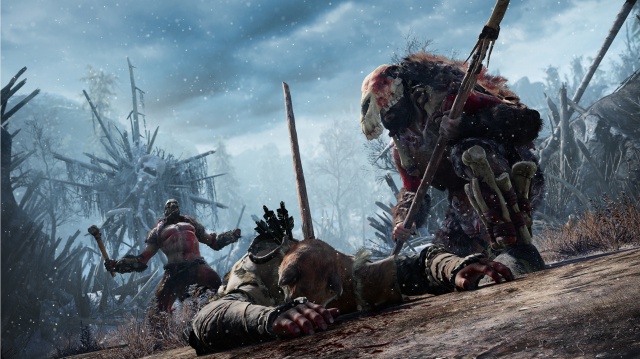 As a Far Cry game, Primal is very different to anything we've seen before. Instead of antagonists that are out for death and destruction just for the hell of it, these ones are struggling for survival, just like you are. Each weapon also serves a very specific purpose. In other Far Cry games, if it fired bullets, it was usually effective. Although I favoured a bow and arrow for Primal, often a club or spear was needed for close quarters combat or heavily armoured enemies respectively.

That is perhaps the one criticism I have of Far Cry Primal. Despite its combat gameplay being far ranging, it is relatively easy to master, even on hard mode. As such, things can become quite predictable, and taking down an enemy outpost soon loses its appeal. Instead, it is the exploring and hunting elements that stand out the most for me, as you try to master the elements of this Stone Age world, often failing in the process.

All things considered, Ubisoft has an immersive gaming experience that is more than just a gimmick that travels back in time. As such, Primal is a worthy addition to the Far Cry ranks.