Perhaps the only thing worse than a new IP that is hyped and turns out to be a dud (we’re looking at you, Aliens: Colonial Marines) is one that promises to be fantastic, actually is pretty good, and then gets unjustly panned.

Such is the case with Knack, a lively, innovative and engaging game, that brims with good ideas and exciting potential and is actually fun to play, at least most of the time. Alas, the PS4 launch title has not been kindly treated by the majority of the gaming press, presumably because it isn’t The Last of Us or the next entry in the Call of Duty franchise.

You play as a robotic/golem creature, called Knack, that can absorb relics and increase and decrease in size, strength, and in time, abilities as well. Knack is initially pressed into service to help quell a goblin invasion; however the story takes a more complex twist, centering around the mystery of the valuable relics which Knack can absorb and the nefarious plans of another individual.

To its credit, the game moves quickly from one locale to another, throwing you into goblin villages, caves, secret laboratories, and into ruins that reminded us of Aztec structures. Also frequently changing is Knack himself, who at various points in the game absorbs more relics to become massive and formidably destructive, at others, he either loses his relics or has to use them to power up doors or machinery. In either case, his health responds accordingly – massive Knack can take significant damage before dying, whereas mini Knack has a correspondingly smaller health bar and is much more vulnerable.

This also affects players’ strategies as well – obviously when playing as smaller Knack players have to be more defensive, meticulously avoid traps and deal more efficiently with groups of enemies. In many ways, the game plays as a brawler-platformer; as Knack’s only weapons are his fists, with his moves being somewhat limited to punching, jumping on top of enemies and evading. 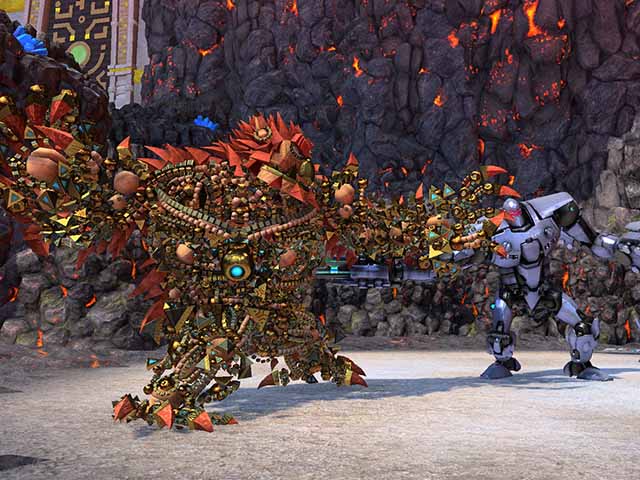 "I will tell you for the last time, my first name is NOT Nick."

However, adding another dimension  to the gameplay is the accumulation of Sunstones, which power up Knack’s special abilities. Filling up Sunstone batteries then enable Knack to unleash some satisfyingly devastating attacks; take care of the larger and multiple opponents more easily as well as wiping out foes from a distance.

Adding to the impetus to explore the world is the fact that players can smash open some walls to reveal treasure chests, each of which holds a constituent part of a gadget. Finding all the pieces, and then equipping the completed gadget gives Knack further advantages, such as an additional Sunstone battery, the ability to detect secret rooms, or the ability to slow down of time. Similarly, players can find and collect crystal relics scattered throughout the world, which also bestow bonuses, such as increasing the damage he can deal. 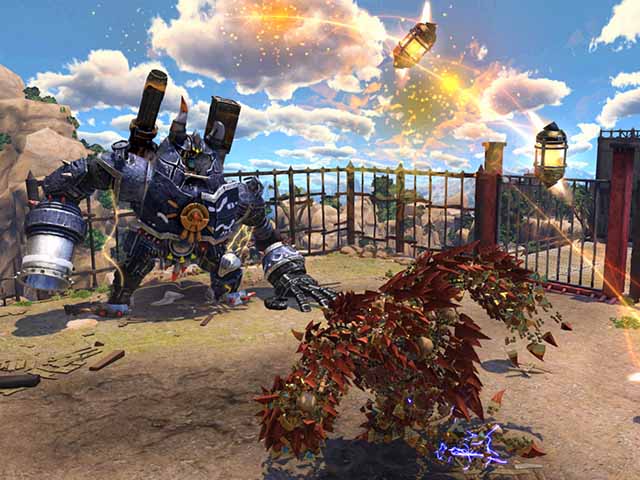 Apparently, even Robocop is someone else's mini-me.

To its credit, the game mixes things up from time to time, with Knack absorbing icicles to increase his size, becoming vulnerable to melting; or absorbing wood to do the same, but becoming susceptible to burning. Additionally, Knack briefly becomes a stealth version of himself, enabling him to pass unscathed through lasers. It is in the implementation of these kinds of ideas that the game really shows its potential, as they are fun to play and add welcome variety.

Admittedly, Knack is not a perfect game. There are one or two tedious levels, one in particular which threw tank after tank at us, and which we were glad to see the back of. Despite this, the game looks very good and Knack’s particle effects are terrific. The voice acting, and a rather engrossing, if a bit predictable, story, give the game heart.

Now, for those that argue that the game is too simplistic, we would counter that most new intellectual properties take a couple of titles to reach their stride, and not every new IP can be The Last of Us (review).

Furthermore, the criteria for a new IP should be whether it shows potential, and on that front, Knack certainly does. Should the game get a sequel – and we hope it does – we would love to see the developers implement a ‘Knack wheel’ of some sort , enabling us to switch between Fire Knack, Ice Knack, Stealth Knack and Regular Knack as well as some other variants, with different attacks and abilities for each. 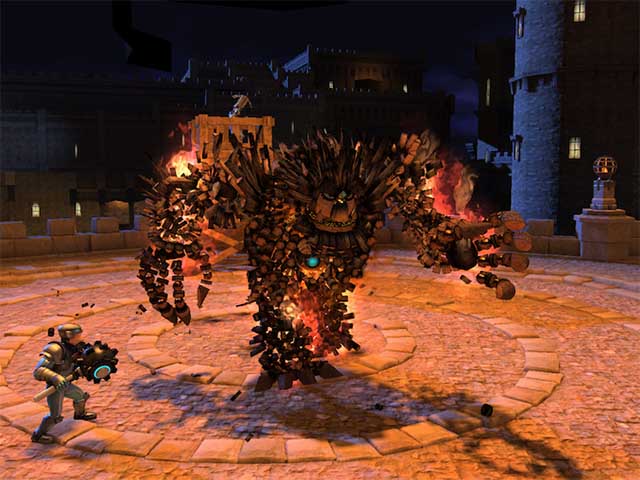 Sadly Joe the guard for hire realised too late the significance of a previous nightmare about being fired and beaten to death at the same time.

This could be big…really big

The further we played, the more the question: “How could anyone fail to enjoy this?” sprang to our lips.  Indeed, to our mind, gaming is all about experiences that enable you to suspend disbelief and step into characters that likely wouldn’t be found in any other medium, and Knack certainly fulfilled this brief. The game has been compared, and rightly so, to the initial entries in the Ratchet and Clank and Jak and Daxter franchises.

That comparison alone is enough to excite, as those games went from strength to strength and are still fondly remembered by their own legions of fans.

Is Knack the best game on the PS4 or the best new IP released? No. What it is though, is a fine game that well deserves a chance to grow and develop into its full potential.