"In a world gone mad. Only the savage survive." These are the words of Mad Max's developers Avalanche Studios. As such, it sets up what should be an epic romp in a post-apocalyptic world full of rich, colourful and nuanced characters. Sadly though, the Mad Max game seems unable to deliver on much of the early promise we saw only a few months ago. 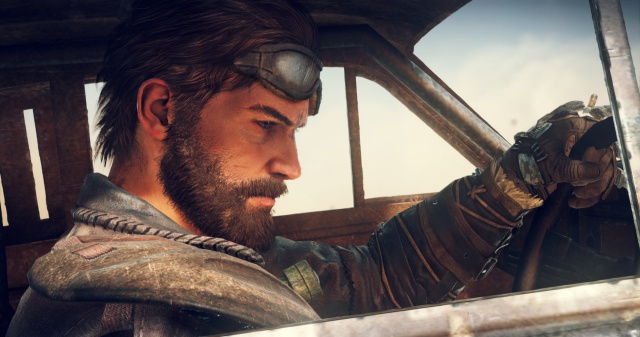 Our rather terse protagonist in all this is Max, a very one-dimensional character, who does not offer enough dynamism to make the game as compelling a gaming experience as say Red Dead Redemption or Grand Theft Auto, two franchises that certainly define the action-filled RPG genre.

It's not all doom and gloom however, as Mad Max does have a few intriguing aspects to ensure gamers keep their controllers firmly in hand. For one, the game definitely draws some inspiration from both the new and old Mad Max films. 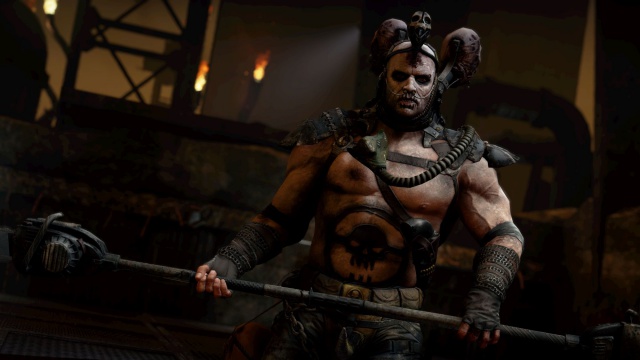 Our lead character for one, is a man that seems jaded by his current circumstances, having lost his family to the apocalyptic events showcased in the opening cinematic of the game. While this is never truly explored, Avalanche Studios has littered in-game environments with postcards, photos and mementos from former inhabitants of this desolate Australian Outback (we are assuming its Australian based on the accents). These mementos serve a subtle reminder of what life was like before the apocalypse, contrasting the events that unfold in the game.

Unlike the Mel Gibson version of Mad Max, before he actually went mad, this game variant is far more stoic and in a lot of ways mirrors the strong and silent way that Tom Hardy portrayed Max in Fury Road. However, we're used to seeing similar types of characters in the RPG genre, the likes of Red Dead's John Marston being equally sparing with his words. Marston, though, was a more compelling protagonist, and his fate at the end of the game had a visceral effect on gamers.

If the same sort of fate had to befall Max, I doubt gamers would feel as conflicted. Instead of Max being the most interesting character, it's rather his hunchbacked mechanic sidekick, Chumbucket that steals most of the show with his religious quasi-motoring rhetoric. 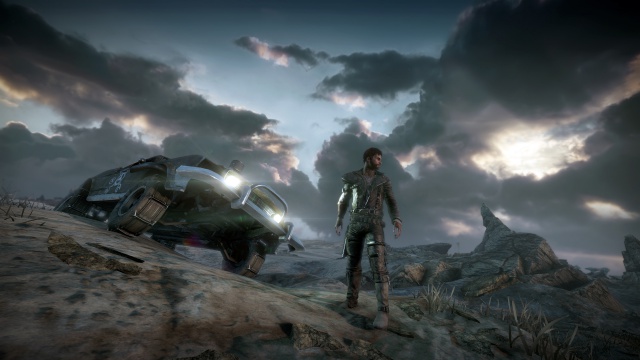 Mad Max's gameplay being built around the lead character's personal journey, but rather seems geared towards a linear storyline in which the Magnum Opus (vehicle) takes the sole focus. In the game, Max's original car is prized away from him by Scabrous Scrotus, who's built like a brick outhouse and controls much of the territory within the game.

After being left battered and bruised, and leaving Scrotus with a few nasty scars of his own, Max has to try and get his act back together again. With the help of Chumbucket, who happens to be a font of knowledge, Max gets the lay of the land, as well as the dangers thereof. Chum, as he's affectionately been dubbed, points out the various Scarecrow towers throughout the game's map. These towers are erected by Scrotus' lackies, and it's up to Max to demolish them and lower the 'threat' level in different regions. The lower one can get the threat, the fewer of Scrotus' hordes there are patrolling the area. A gamer's ability to lower threats will also unlock specific parts for special car projects that Chum can build.

These car projects, nicknamed the Archangels, are divided up into three basic car classes, and several interpretations thereof. The Shovelface, Furnace and Ripper are the base models, with gamers capable of purchasing various parts and upgrades to improve its speed, handling, armour and damage they can dish out. 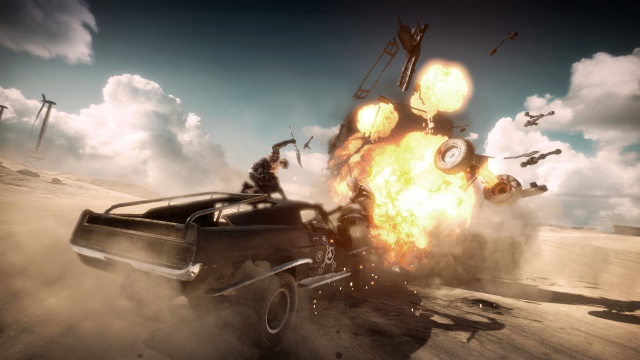 To purchase said upgrades, not only for your car but also for Max's look and fighting skills, scrap is the currency of choice in this wasteland. While scrap itself is not too hard to come by, the amount of scrap one can get from looting a new location, as well as destroying an enemy vehicle or structure is quite minimal. As such, a fair deal of effort is needed to even buy the smallest of upgrades. Whether or not this was intentionally designed as part of the gameplay by Avalanche Studios is up for debate, but perhaps the fact that collecting vast amounts of scrap is so difficult, is a result of living in the wasteland.

As a result, you have to be frugal in the way you spend your hard earned scrap. A word of caution (especially when looking to purchase items like upgrades to Max's look such as a beard and long hair), in early portions of the game it’s far wiser to spend your scrap improving your Magnum Opus and Max's fighting skills. 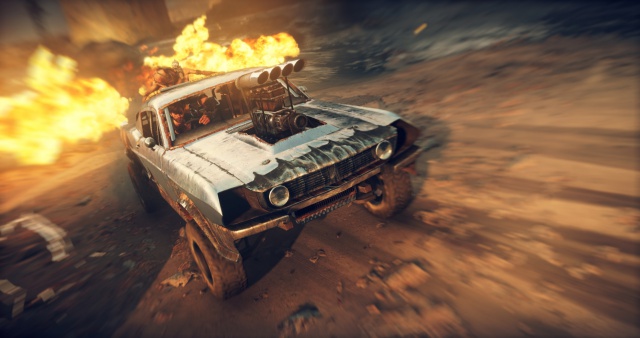 Get in the ring

Speaking of which, Avalanche Studios has developed two primary ways of combat. The first is in-vehicle, and it's quite interesting. Gamers can use Max's Magnum Opus to T-Bone enemy vehicles, as well as perform side swipe manoeuvres. Added to this is the ability to use a retrofitted shotgun to shoot at Scrotus' drivers, the wheels on other cars, or their gas drums (should they have one).

While the vehicle combat adds a great dimension to Mad Max's gameplay, the hand to hand variety is a little hit and miss. It appears as if Avalanche has taken a leaf out of Rocksteady's book, and tried to mimic the group combat from the Batman: Arkham series. Unfortunately, the fighting in Mad Max is not as sharp as hoped. While engaging multiple foes, Max will receive a series of prompts to evade and counter attacks. Pressing the prompted button however yields a mixed response however. Tapping on the R1 trigger only works every now and then, particularly when trying to block and counter attacks with the triangle button. Ultimately, the fighting could have used a bit of fine tuning, with even some of the lowly enemies giving Mad Max a tougher time than one would expect. 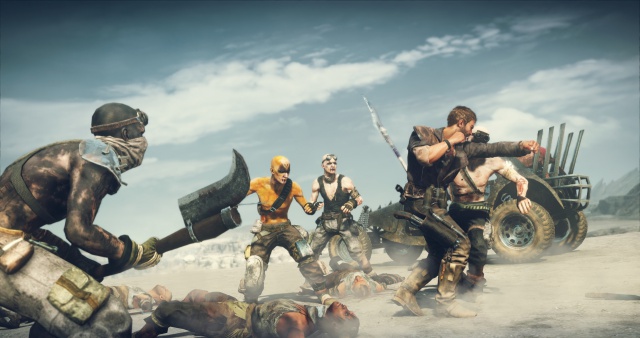 All in all, Mad Max is a good game that has the potential to be great. The wasteland presented within has a number of elements that Avalanche Studios never fully takes advantage of, much to its detriment. While Max is a brooding character, he feels slightly boring, simply moving from task to task and showing no real growth. I also didn't feel much empathy for him, nor did I really care about his fate in the game.

The Magnum Opus too, just like Mad Max itself, is an aspect of the game that could have been explored more. Even though upgrades are hard to come by, they do not affect how far one can really progress in the game. In fact, gamers can complete the entire Mad Max campaign without really purchasing much in terms of upgrades, which seems to defeat the purpose.

While Mad Max does not deliver on the promise it showcased a few short months ago, it is still a strong enough game to play over a long weekend. To that end, greater storytelling and fully immersive mini-games would have left me far more satisfied, and playing Mad Max for longer than a couple of days. 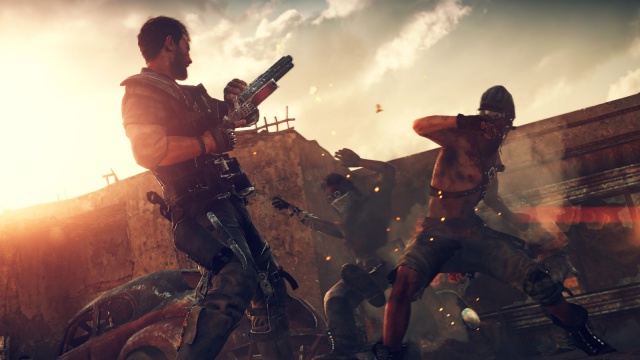