Back in the 90s, when video game violence was far tamer than it is today, Mortal Kombat pushed the boundary in every regard. Its violence was not just part of its appeal, but was a big reason why kids would wait hours on end to get a chance to play it in arcades. Unfortunately, there has not been a truly great Mortal Kombat game for the console since having to slot 20c to play. That was until Mortal Kombat X (MKX).

Having landed, it’s safe to say that MKX has changed tact somewhat from its predecessors. Instead of pushing the envelope for the genre, it harks back to the up close and personal action of the original that everyone enjoyed so much. 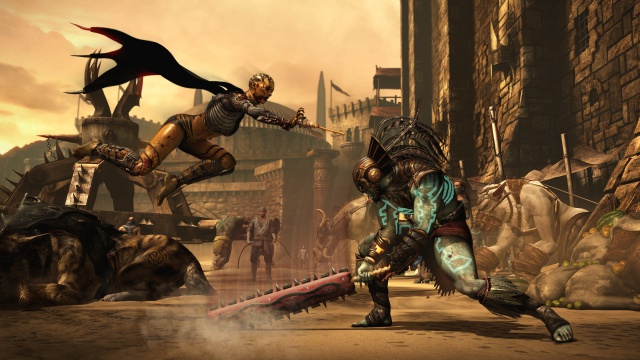 Sticking with the back-to-basics trend that developers NetherRealm has embraced for MKX, there are essentially three key modes that you need to concern yourself with - Story, Towers and Online. I initially had my reservations about the Story Mode, as the RPG-style Konquest mode in Mortal Kombat: Deception proved woeful at best. Surprisingly though, the new Story Mode in MKX was engaging and littered with cameos from fighters in the MK universe.

Most entertaining was the interplay between the Cage family, as new blood Cassie Cage (Johnny Cage and Sonya Blade's daughter) takes a central role in MKX. Aided by fellow MK offspring Jacqui Briggs (Jax's daughter), Takeda (Kenshi's son), and newcomer Kung Jin (Kung Lao's cousin), MKX is very much a case of the Young Turks vs. the Old Guard. 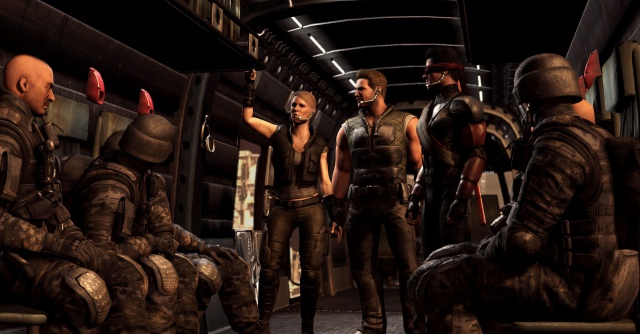 Filled with multiple cinematic cut scenes, the MKX story mode takes gamers on a blood-filled journey through the Mortal Kombat universe, dealing with many of the central characters from previous titles, as well as providing some context for the current peril Earth Realm finds itself in. Apart from being a nice refresher course for uninitiated gamers, the Story Mode is a great way to come to grips with each character and their respective fighting ability. As such, it serves as a brilliant way to get a feel for each fighter to ultimately decide on your favourite (Raiden in my case).

The Tower mode should be all too familiar with Arcade Mortal Kombat gamers, bringing back painful memories of getting pummeled to death by Shao Khan. Added to the mix now is the Living Towers mode, which is the live online version, designed to make gamers run the gauntlet against one another and truly prove their mettle. I tried this mode a few times, and found myself miserably unequipped to deal with MKX fighters on the network. After licking my wounds, I returned to the standard Tower mode to hone my skills. 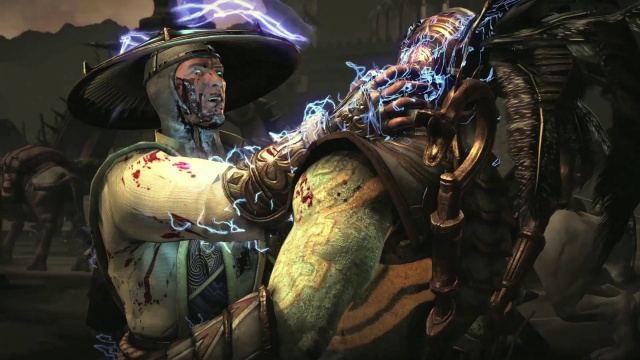 For gamers who just want to pick up the controller and launch head first into the kumite (fight to the death) style gameplay that Mortal Kombat is famed for, MKX definitely delivers. Controls are easy to pick up, with basic punch/kick combos easy to pull off, even for the most novice of fighting gamers. Added to the blood and gore, are new fighting modes for each character, with each one imbuing them with a specific skill set.

On Raiden for example, we have a Thunder God, Displacer and Storm Lord variants. The variants on other characters are fairly similar, with one amping up the damage of regular kicks and punches (Thunder God), another allowing gamers to set traps to weaken or stun opponents (Displacer), and the final one adding a plethora of ranged attacks (Storm Lord). A nice touch is that each mode has a different look, which means there is a ton of unlockable content for gamers to plough through. 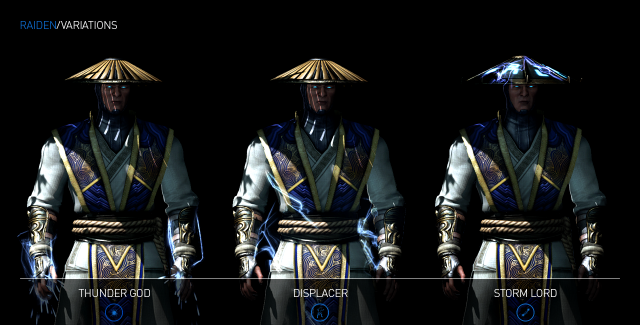 As far as gameplay itself goes, MKX is button mashing at its best, with speed and counter attacking being the order of the day. Momentum in fights quickly swings from one side to the other, as a swift combo of moves can easily mean the difference between dealing or suffering a Fatality. Speaking of which, the Fatality kills and X-Ray moves in MKX are more gruesome than ever, and I felt like I could perform surgery on a patient afterwards, given my newly found knowledge of the human anatomy.

The special X-Ray moves themselves are particularly insane, and it's quite funny to see your opponent bounce back from having their spine splintered or jawbone smashed. But that's the great thing about MKX, unlike say Tekken or Soul Caliber to a certain degree, the fights are almost too absurd to believe, and that's the beauty. Where other fighting games try to ground the action in reality, MKX embraces the insanity, bringing in the action tight and close, and providing the ultimate form of fighting escapism. 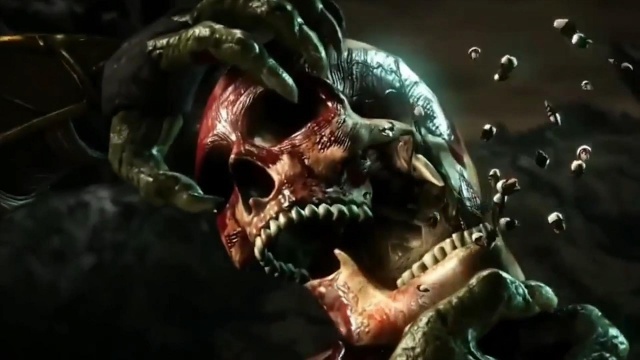 While the series’ power may have waned with recent iterations, MKX feels like a real return to form by NetherRealm. The studio has kept this new title as simple as possible, focusing purely on the elements that made the original so great: no holds barred action, speedy button mashing gameplay and absurdly bloody fights.

Available across most console platforms (PS4, PS3, XBox One, Xbox 360), Mortal Kombat X will get the adrenaline pumping of both franchise fans and newbies alike, with tons of DLC content and characters to add to the ever growing Mortal Kombat roster.

If you're over 18 (of course you are), and don't get squeamish at the sight of blood (or burst vital organs for that matter), then MKX is the fighting game to get in 2015.