There are plenty of games that involve exploration and well crafted storytelling, but Submerged is one that offers both with enchanting, distinctive charm.

Amid all the fireworks and bigger is bigger mentality that seems to populate many AAA titles, it is all too easy to forget that interactive entertainment i.e. gaming, is first and foremost about storytelling and crafting a world that draws you in and makes you reluctant to leave. Uppercut Games’ Submerged beautifully reminds of this intrinsic fact.

It’s actually the music that first enchants. The score is exceptional, I found it easily lulled me into escaping into its world in a way that only the best of books or movies manage to these days. 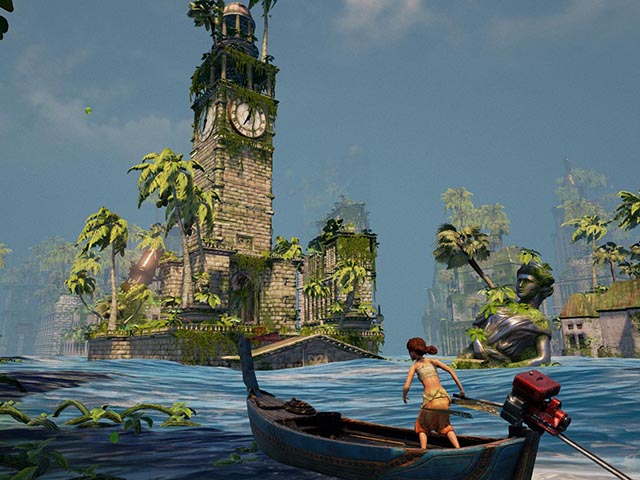 From the outset, the story of the duo is heartfelt, and very much relatable, reminding in its way of Brothers: A Tale of Two Sons. Granted, the gaming dynamics are very different, but as with that game, good luck guarding your heartstrings from being pulled.

You play as a young girl, Miku, trying to save her younger brother, Taku, who takes refuge in a near sunken city. In order to treat his wounds and nurse him back to health, she has to explore the environment, with a combination of trawling the waters in her fishing boat and climbing the ruins of old buildings, in order to find supplies.

However, there is a dual mystery here – of both backgrounds of the two youngsters and how they came to be in this predicament, and this submerged city. Each are gradually revealed as you find clues, scattered around the world.

The stories of both are masterfully told via pictures, which is a really nice change from having to sit through reams of cutscenes, and I found, managed to more intimately get under my skin and affect me. 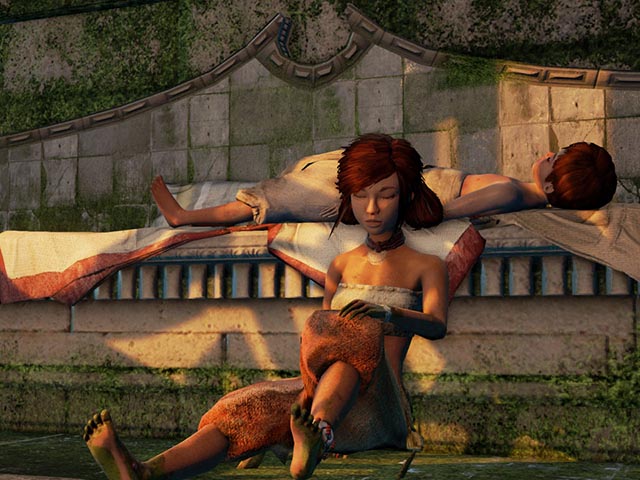 How you actually play the game is pretty straightforward, which  a good thing, since the game pretty much leaves you to figure this out on your own. You have a boat which you can upgrade to travel farther, faster for longer, and a telescope for spotting your next objective.

While you can and will traverse buildings, ledges, climb flower covered vines and need to find your way around and through dilapidated, but eerily beautiful ruins, you are not nearly as acrobatic as your average Assassin’s Creed protagonist.

However, this means there are some light environmental puzzles where you have to think about the best route to your objective when climbing, and keep your eyes open to scalable objects as you do so.

Indeed, the landscape, to use the word loosely, is intriguing - old weathered statues poke above the water, the remains of a roller coaster and rusted buildings, conveniently covered with pipes which you can scale, all give rise to more questions as you explore. What happened here? Is this what a world post global warming disaster would look like? What happened to the people that no doubt frequented the still clearly marked municipal offices, library and hotel? 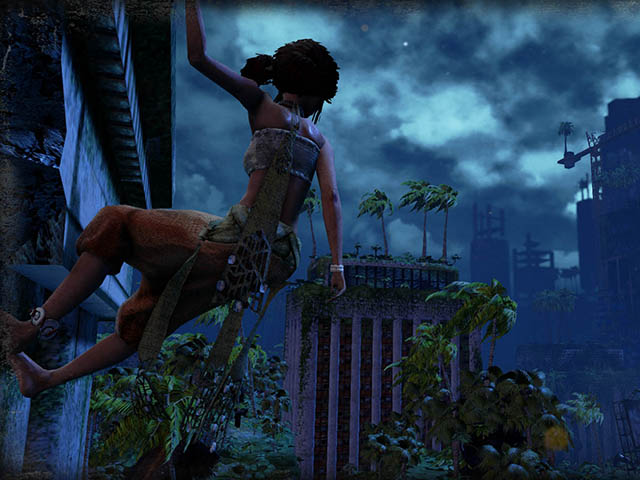 Curiosity, rather than combat

Considering that exploration is the focus here, not combat, Submerged does a fantastic job of teasing one’s curiosity and encouraging one to keep venturing out a little further. The only way you can get these answers is by exploring, and the more I did, the more I found I wanted to know about this intriguing world.

While this fallen city is not populated to nearly the same degree as a full on action game, that’s not to say you are entirely alone. Sea life and creatures, the likes of dolphins, whales and rays occasionally break the surface, surf the wake of your small craft and add their voice to the environmental sounds.

In case you are concerned that Submerged’s lack of combat would make for a boring game, then you can put that fear at rest. Instead, it does something which the likes of Journey managed to as well, providing a near meditative, relaxing experience while still being compelling.

Admittedly, Submerged is not the first game to take a look at a fallen civilization, whether post apocalyptic or not. Enslaved: Odyssey to the West similarly showed what a world beyond people might look like, with nature reclaiming humanity’s constructs, and Submerged does no less deft an imagining of how a city might look once the water had all but swallowed it whole.

Part of the reason, I think, why both work in this regard is that the textures are superb, providing a sense of realism to what could be. This in turn makes Submerged’s world come alive. 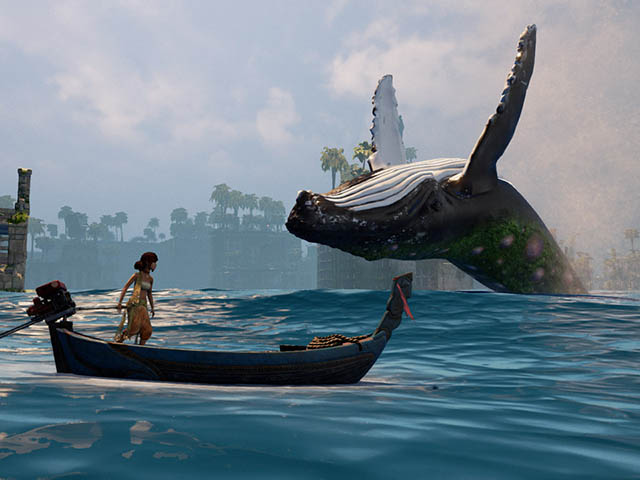 Granted, it’s not a combat heavy title, and if you’re an average gun happy player, you may quite literally feel disarmed. However, Submerged is definitely a gem of a game; one that you really shouldn’t allow to remain hidden from your view for very long.