The Order: 1886 is not your typical action experience, as this new PS4 exclusive does things in its own way, which is simultaneously its greatest strength and its weakness.

There are two things the Order most definitely is: very cinematic and convincingly British. These are evident in an extremely well realised alternate Victorian-era London, with the exquisitely detailed city radiating that distinctively European sense of a land steeped in tradition.

Much like the real world Europe, The Order moves at its own pace. It’s considerably more deliberate than its action genre counterparts, with everything from your navigation through the world, to the story’s pacing, feeling more measured than most other titles. However, thanks to terrific production values, this only adds to the immersiveness of the game’s story and intrigue. 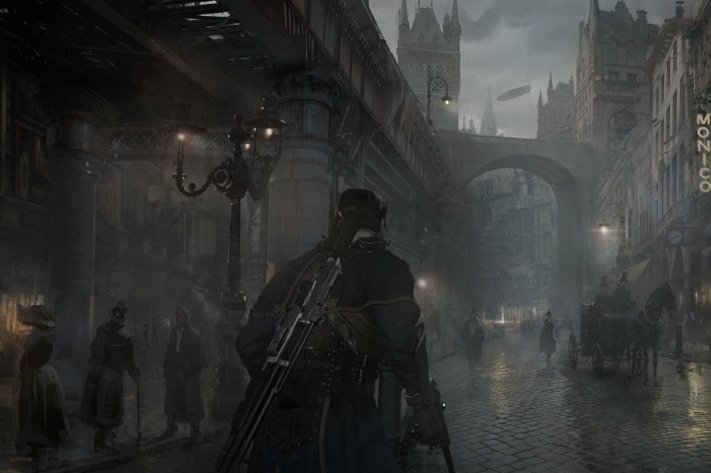 It was during his first day in London that Galahad had the sinking feeling that his new Lonely Planet guide may not have been entirely accurate when it described the city as being 'a suntanner's paradise.'

Chaos in the order

The story centres around an uprising of rebels and half breeds – the game’s name for men capable of turning into beasts. Add to this Jack the Ripper’s rampage across London, and you certainly have your hands full in a city rife with unrest. You play as Sir Galahad, one of the Knights charged with protecting the realm, who becomes embroiled in investigating these dark tidings. Without spoiling anything, this escalates into a particular sticky situation that sets the stage for intrigue early on.

While the heart of the titular Order may contain more than a few allusions to the legend of King Arthur and his knights (including the fabled Round Table), it does not stick to the familiar tale. The discord within the organisation is often palpable, with rumours of a traitor in its midst only adding to the tension, along with some characters who you wouldn’t trust to peel an apple.

Perhaps one of the niftiest parts of the game is picking up the small homages to well known historic figures. Nicolas Tesla, for example, is your version of Q, outfitting you with new weapons; although these may look distinctively antiquated, they definitely get the job done when facing up against human, and not so human threats alike. Lady Igraine, meanwhile, is your fetching and very proper fellow Knight. 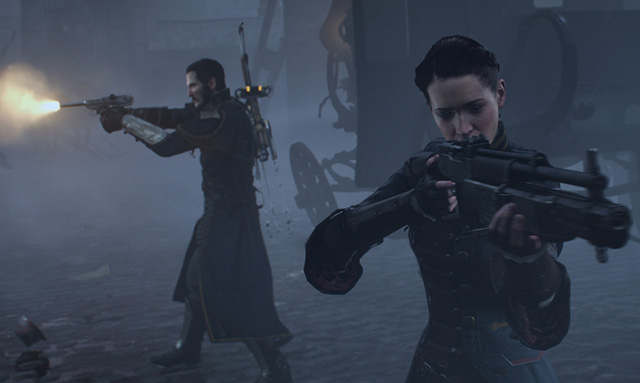 His first date with his co-worker took a slightly darker turn when she handed him the pistol and told him to try not to get himself eaten before dinner.

While there is most certainly an enjoyable, even gripping game here, The Order:1886 hasn’t had the warmest of receptions. The game, which is a new IP, certainly has its own way of doing things. While it uses a cover based system when in combat is reminiscent of Gears of War, this is less fluid than say, Uncharted, and its gameplay mechanics as a whole feel somewhat dated.

What I was less taken by is the cinematic 16:9 format that the game employs; in games, having two black bars on the top and bottom of the screen just feels like a waste of space. It is perhaps testament to the game’s story that after a while I tended to overlook it, but still, it’s not a favourable visual display choice. 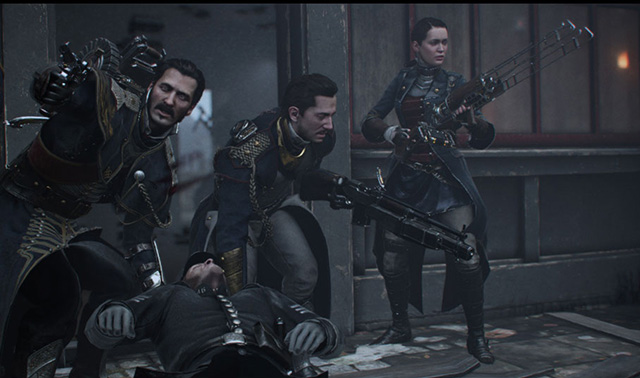 Too late, Galahad realised that Igraine's understanding of a ménage à trois differed vastly from his.

Another controversial decision made in the game is the preponderance of cutscenes; at times, impatient players could be forgiven for wondering whether they were playing a game or playing a movie. Finally, although the world is alluringly and lovingly crafted by Ready at Dawn, it’s a pity players don’t have full freedom to explore as and where they wish.

That said, I’m inclined to give The Order:1886 some latitude to find its feet, seeing as it is a new IP after all. Shortcomings aside, The Order:1886 is nonetheless a compelling, enjoyable game in its own right; hopefully improved upon with a sequel. RRP: R700.