What little boy does not dream of climbing in behind the wheel of a Bugatti Veyron 16.4 Grand Sport or a Maserati Quattroporte Sport GT S? This is possible, at least virtually, in the latest Need for Speed. Sixteen titles and sixteen years down the line and we have in Hot Pursuit just possibly the greatest Need for Speed title ever made.

Story
Hot Pursuit offers no storyline - there is no gangster who needs to be busted, requiring you to go undercover into the lucrative underground racing circuit a la NFS Underground. The plot this time round is simple, since in Seacrest County all the rich people around the world flock to race their expensive cars. The police, having to deal with these racers, have in turn upgraded their cars to become the fastest law enforcement agency in the world. 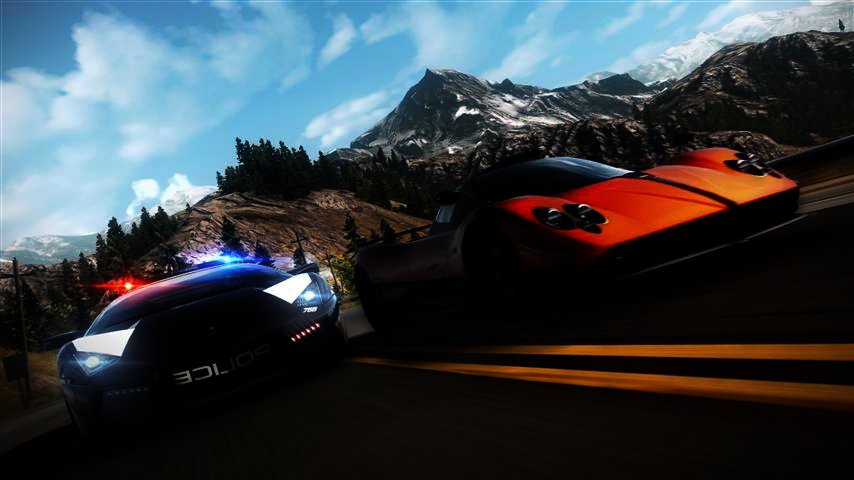 Start your engines
From the word go this game is an adrenaline fueled ride. The first cars available to you are already top tuned and breathing fire from the exhaust pipes. There is no need to constantly upgrade your vehicles as in previous NFS titles since every car is already tuned to its maximum performance level and equipped with racing nitrous system, excellent suspension and bad boy racing tyres. No long are hours wasted on the customisation of cars, with the only customising you will have to do is choose a colour before the race starts. If you hate wasting time messing about in the garage with upgrades, this is the NFS for you.
Gameplay
At the start of the game a map of Seacrest County is revealed, with the ability to do missions as either the ones doing the racing or the cops doing the chasing. 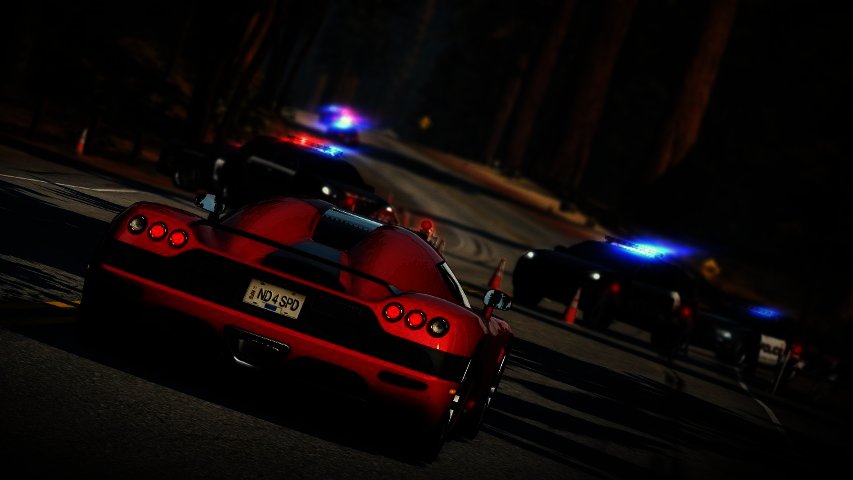 The racer part of the game is fairly simple. You select a car and off you go into winding desert tracks, crowded country roads and snowy mountain slopes.
The races are either a one-on-one challenge, a four to eight car race or a solo timed race. In these races players collect bounty which makes their drivers and car choices level up and unlocks new tracks. Bounty is collected by winning races, but unlike in previous titles you don’t have to come first. You receive bounty for either first, second and third place, but the higher your ranking, the more the bounty and the quicker you level up to eventually climb through all 20 ranks and become the most wanted racer in Seacrest county. Just be careful of the hated Seacrest County Police who will appear and try to run you of the road, and they are not gentle.
To combat the police you have luckily have some weapons at your disposal. There are unfortunately no missile launchers, but some safe deactivation devices like a spike strip and EMP (Electro Magnetic Pulse). This disables police and racers alike for a couple of seconds allowing you to take the lead. 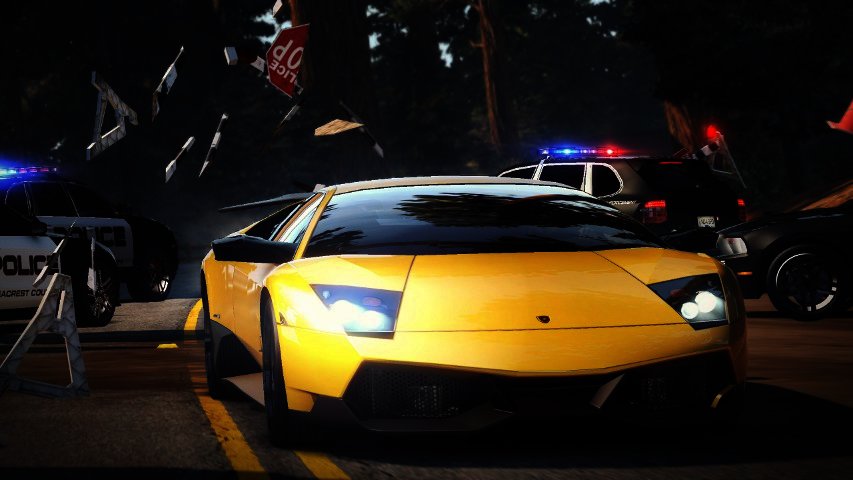 Fight the power
When playing as the police there are some straightforward timed missions where you have to get to a crime scene in a certain amount of time, then of course the ramming missions where your goal is to disable the drivers. All the police cars are outfitted with nitrous systems that give a short but very powerful boost to speed specifically aimed at ramming. The police also get some weapons to use to their advantage including the spike strip, EMP and the ability to call in a roadblock.
Police work on the same bounty system as racers and depending on how well you complete the mission you will be given a bronze, silver or gold shield. You start out as a cadet and progress through the levels gaining faster cars and new missions to become the best cop on the block.
While racing there is no detailed in-car cockpit view available like the previous NFS SHIFT, giving the game a much more arcade like feel. Still, it would not have gone unappreciated since this was one of the stand-out features of the previous title.

Performance
The cars in Hot Pursuit are meticulously animated and the scenery is picture perfect. Real time damage on the cars look good, though unrealistic as a head-on collision only gives your car a couple of scratches on the side and a bent bumper. Crash too much however and the car will be written off.
A big problem, graphic and sound wise, comes in with the police missions. When playing a driving game we like to hear the roaring sounds of the engine, but in Hot Pursuit’s police missions for some reason you can’t switch off the sirens or lights. So every police mission is filled with the annoying screeching of sirens and the constant flashing of red and blue (insert epilepsy warning here).
The cars however handled very realistically, sliding on wet tracks, losing speed when driving on dirt road shortcuts and losing all grip when activating nitrous. All missions are accompanied by a great in-game playlist, with lots of hip-hop and rock, like 30 Seconds to Mars, M.I.A, Pendulum and Chiddy Bang, to keep the adrenaline pumping. 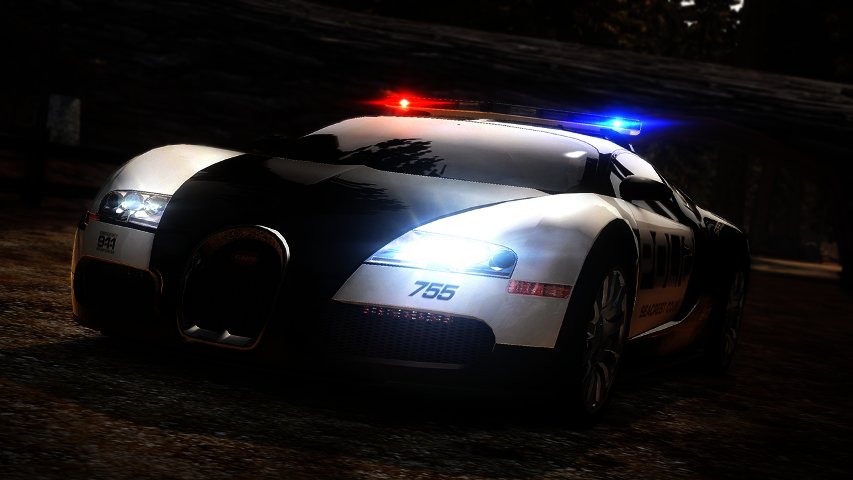 Conclusion
NFS HP is an excellent arcade racing title. Brilliant graphics, great sounds and realistic gameplay makes this, in our opinion, one of the best Need for Speeds ever. The missions are sometimes incredibly challenging to even the most experienced video game driver but it is worth doing some missions over and over again just to see how beautiful it all looks. We could mention here that it is the greatest racing game of the year as well, but Gran Turismo 5 has just been launched and it might just give us something new to gawk at.
The game is available for R499.
Pros
Offers great graphics, realistic handling, great tunes and days of re-playability.
Cons
Police missions tend to get annoying with the sirens blaring the whole time and the game is sometimes incredibly hard.