Dynabook is not the most well-known notebook brand in South Africa, however, fans of Toshiba will know all about them. Indeed, Dynabook was previously owned by Toshiba (before being taken over by Sharp) and those who used Toshiba notebooks in the past will know about the Dynabook branding.

The Dynabook Portégé X50-G recently landed on the review desk, and after a few weeks of testing it’s clear that it’s a solid business notebook. The X50-G contains exactly what is required in the boardroom, with solid screen real-estate and decent battery life to ensure that you can actually get proper work done on it.

The X50-G isn’t a show-off but it certainly isn’t a wallflower either. With a magnesium alloy body meant to keep weight down while still offering enough protection, the notebook weighs in the region of 1.4 kg. This makes it easy to carry around without being overly concerned about it not being able to take a knock. Although the body is thin (17.6 mm) the bottom of the notebook is curved, which makes it feel secure in hand, with no pokey bits at the bottom when using it on your lap. 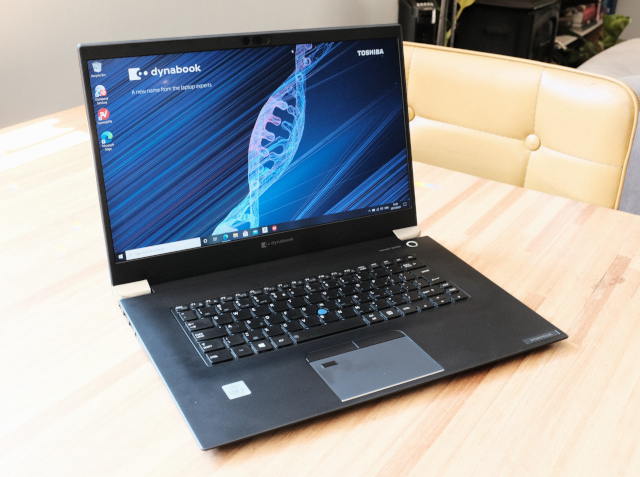 Dynabook lists the X50-G as being Onyx Blue with Light Gold accents, however it appears more of an attractive metallic black. This look is especially attractive when opening the notebook and seeing the curves around the slightly sunken keyboard. There’s also the X50-G’s subdued light gold-accented hinges - a nice touch that rounds off its design.

It never came across that the machine is underpowered or not performing sufficiently. It makes easy work of office-based tasks and browsing with multiple tabs open, and while certainly not a gaming notebook, you should be able to try your luck on older games with the Intel UHD Graphics 620 graphics adapter. This, of course, was the configuration on the review model, which will differ on others. There are also Harman Kardon speakers onboard, providing sufficient sound.

On the sides you will find 1x HDMI out, 2x USB 3.0 ports (one supporting Sleep-and-charge), 2x smaller USB Type-C ports (Thunderbolt 3, both supporting power delivery and display port), 1x Micro USB port for more storage space and finally the trusty 3.5 mm jack. Ports-wise you should be sorted and there’s really not much to complain about, especially since the notebook can also slot in a SIM card for cellular connectivity when out and about. 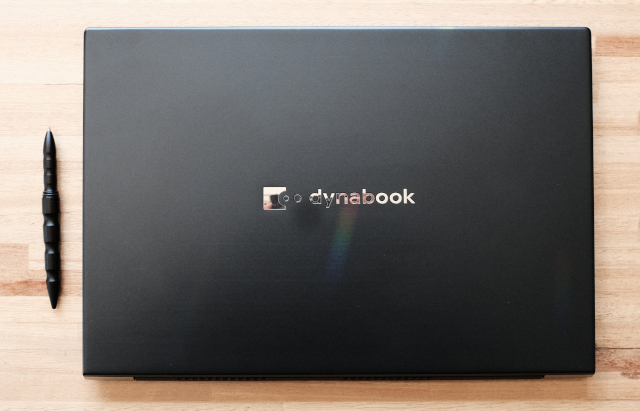 You can change your power consumption settings and this will push you into the 10+ hour range. This can be controlled through the Eco Utilities screen as found on the Dynabook Service Station. Service Station is basically a one stop shop for all of the notebook’s settings, diagnostic tools, software updates and troubleshooting. Although similar offerings are found on other notebooks, Dynabook’s software is comprehensive and covers most of what you need without having to visit a website.

Dynabook also put a lot of effort into the 15.6” IPS screen. It’s decently bright at 470 NIT and, as expected, it’s Full HD. It was a joy to work on, although you really need to tone it down when working at night. 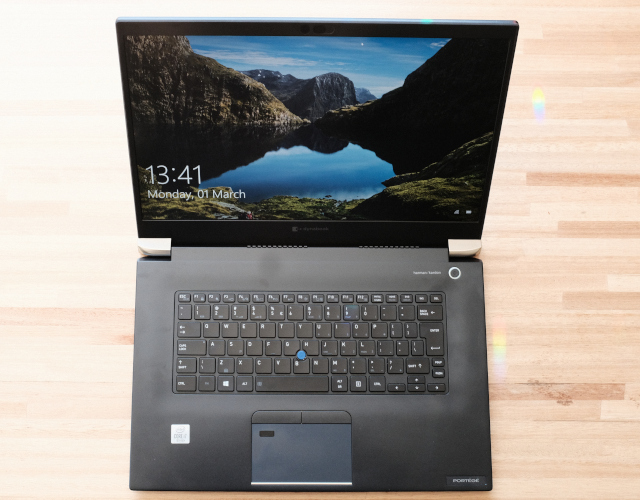 The keyboard is the biggest let-down of the X50-G. It felt too plasticky and simply wasn’t comfortable to work on, especially with the extended Caps Lock that kept getting in the way.

The trackpad is decent, and there’s even a ThinkPad-like Trackpad mouse button, which Dynabook has dubbed Accupoint and painted blue. 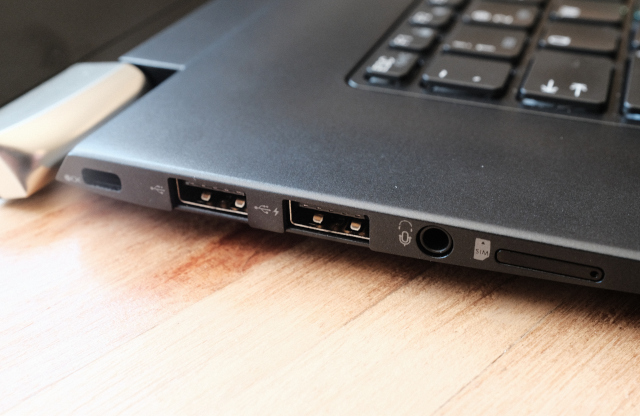 There are no bells and whistles on the Dynabook Portégé X50-G, instead it’s a solid choice as a business partner with great battery life and a beautiful screen. The notebook is not flashy and perhaps that makes it a bit more forgettable. However, the test model certainly has the specs to make up for it. If only the keyboard was better.

Officially, the price provided for the Dynabook Portégé X50-G stands at R20 000. If that’s the case for the exact specifications mentioned in the article, it’s a great price for what you get. However, prices I’ve seen online tend to be upwards of R20k for lower specifications.