Notebooks aren’t the best when it comes to bumps and bruises. The tough General Dynamics (GD) 6000, a semi-rugged notebook designed for the mobile workforce, begs to differ.

If you're looking for a sleek and stylish notebook, the GD6000 isn't likely to be your first choice. Resembling a blast from the past, the GD6000 is big and bulky - but with reason.

Although not fully rugged like some notebooks in the Panasonic Toughbook range, the GD6000 is described as 'vehicle rugged' meaning it can withstand a large amount of vibration and shock. For example, the notebook should be able to handle being dropped from a height of about 1 m on each face, so the occasional knock should not bother it. And with a spill-resistant keyboard and touchpad along with sealed ports to prevent dust from accumulating, the GD6000 can deal with being sentenced to hard-labour out on the road. 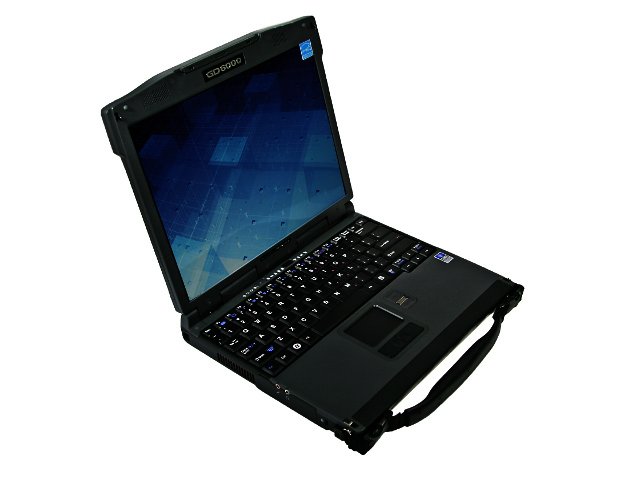 What the GD6000 might lack in  looks it makes up for in performance. Equipped with an Intel Core 2 Duo T9400 2.5 GHz CPU, 4 GB of DDR3 RAM and an Intel 4 series 256 MB GPU, the GD6000 is no slouch when it comes to performance. A 160 GB Hitachi hard drive with shock support along with a DVD reader/writer combo ensures adequate space for data and optical disc support.

All the ports on the notebook are individually protected by rubber plugs. These do a great job of keeping out dust and grime and are easily replaceable. Ports on the GD 6000 include an RJ45 jack for high speed LAN, two USB 2.0 ports, a modem port, legacy serial port and standard VGA-out port. Mini-jacks for headphones and microphones can be found on the side and users can easily access and remove the hard drive from a slot located beneath the audio ports. An express card slot and type II PC card slot makes an appearance and there is room for a smartcard reader.The GD6000 supports room for different configurations, meaning users can choose what card readers they want installed in the device. 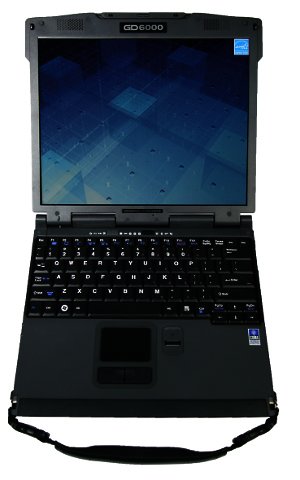 As the GD6000 has been designed with usability and ruggedness in mind, it goes without saying that the device would also need a display that can easily be used in any conditions. Enter the General Dynamics Itronix DynaVue display technology.

This display combines a number of optical properties to minimise reflection while preserving contrast. It worked wonderfully, even in direct South African sunlight the GD 6000's display was clearly visible. A 500-nits backlight also sees service on the device, adding clarity in all working conditions.

Much to our suprise the 13.3” display also features resistive touch-screen technology, so users can operate the device without the need of a mouse, or indeed a touchpad. This comes in handy out in the field when the laptop just cannot be put down. A stylus is also included so the display doesn't need to be covered in fingerprints after a few uses. 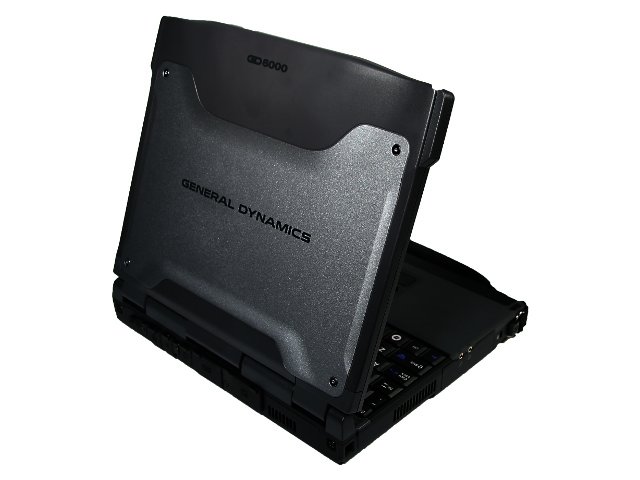 One of the most impressive features of the GD6000 is its built-in Global Positioning System (GPS). This impressive application can be easily accessed from the desktop and quickly connected to a large number of satellites. In addition to displaying exact coordinates the GPS also displays user's speed, useful when in a moving vehicle (although we're sure the car' speedometer is just as good). Any company that uses mapping while out on the job will find this feature immensely useful.

The spillproof keyboard is well laid out with large keys that eases the typing process. The only real issue we had was regarding the minuscule size of the left shift key, which can become annoying when you need to employ some capitals.

The touchpad also sports an old school design and features a distinct border separating it from the rest of the notebook. As far as responsiveness is concerned the touchpad on the GD 6000 is top notch, one of the more responsive we've seen in recent reviews. The individual buttons also work great, which just goes to show that old school might be better after all.

A removable carry strap makes an appearance at the bottom of the device, making it much easier to lug the heavy notebook around, while an integrated fingerprint reader located to the right of the touchpad ensures your data is kept safe at all times. While the GD6000 features a decent specs sheet and capabilities, it's the ruggedness of the device that really sets it apart from traditional notebooks. With its built-in GPS, shock-proof internal mountings, spill-resistant keyboard and generally sturdy build, the GD6000 is sure to appeal to those who require a notebook that can take a few knocks along the way. The GD6000 is available from Zollhaus International on 012-364-2489.

PROS
Everything was thought of when designing the GD6000, from the rubber plugs that cover the ports to the spillresistant keyboard to its antiglare display, we loved all the little extra''s this notebook has to offer.

CONS
While the sturdy look may not appeal to some, the overall bulkiness and weight of the device does cause it to lose a few points.
TAGS:
GD 6000general dynamicsnotebookspanasonic toughbookrugged
USER COMMENTS