With PC and notebook sales on the rise, and smartphones only getting bigger and more powerful by the day, the time has come for tablets to adapt or die. For the most part, the tablet market is segmented into two distinct categories of users, namely work and play. For the latter, the threat of smartphones, and phablets in particular presents a big challenge. Conversely, the business side of things has a unique niche to play with, as enterprise-focused tablets still have the lure of productivity and mobility that users certainly crave. 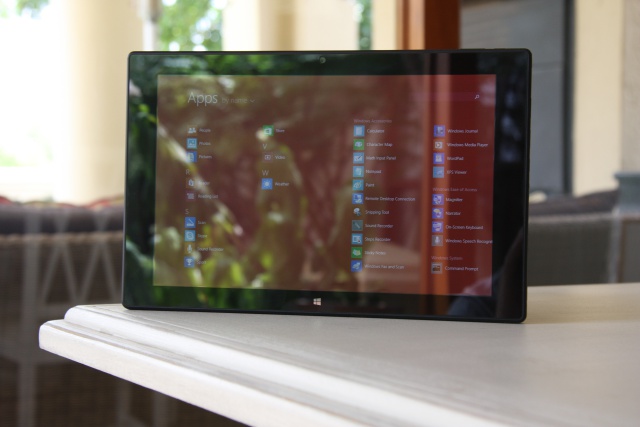 Enter, the 10.1" Mecer A105, an inconspicuous looking Windows 8.1 tablet that could have a part-time job doubling as a Surface Pro tablet, based on looks alone. After inspecting it for a good five minutes, I'd best describe it to others as a heavy black slate. That description may not seem flattering, but I feel it's pretty apt. The A105 has very little in terms of design flourishes, with two ultra thin aluminum strips on its back cover being the only sign of embellishment. But, this look is ideally suited to business users, who perhaps don't require the dimpled plastic of the Galaxy S Tab or pencil-thin unibody case of the iPad Air. Instead, the A105 is the embodiment of utility, giving its users all the basics needed for a rewarding tablet experience.

Mecer has opted for a IPS TFT panel for the A105 (1280x800). On the whole, the HD screen was slightly dull, and a full HD version would of been better suited to the A105, especially as it will be pulling most of its duty within the confines of an office. This aside, the rest of the Mecer A105 feels well made, and you'd do well to find a better constructed mid-range business tablet around. 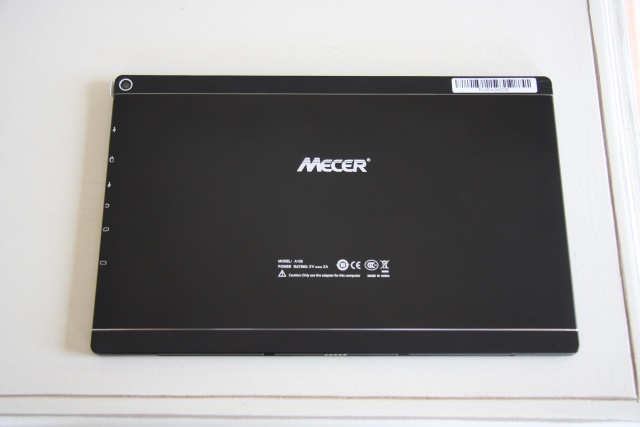 The right hand side of the A105 for instance, seruptiously houses one of every possible port or slot ideally needed. Need some additional storage to house documents when the A105's 32 GB isn't cutting it or OneDrive is not readily available? There's a microSD slot for up to 64 GB plus a full sized USB one. You’ll also find a microUSB (with microUSB to USB dongle inside the box) and miniHDMI port on call for one to hook up the A105 to another display or upload content. Mecer has also incorporated built-in 3G functionality, taking care of connectivity when out of the office.

Pulling duty on the battery front is a 8000 mAh Li-Polymer unit, which Mecer says is good for roughly 8.5 hours worth of heavy use. In this regard, I could not fault the A105. It performed ably for an entire work day as a secondary screen, as I typed up notes, checked social media feeds and did some research with roughly 20% battery capacity left over.

There's a 5 MP camera also thrown in for good measure. As expected, it performs adequately enough, but fails to capture enough light while photographing indoors, with photos appearing like it has a faded filter applied. The A105 is also quite hefty at 650 g, which makes holding and shooting video quite taxing after a while. If the A105 was a strict multimedia-focused tablet, then these would be definite sticking points, but because the A105 is more at home in the air-conditioned confines of one's office cubicle, the weight seems to add to its robust feel and overall solid construction. 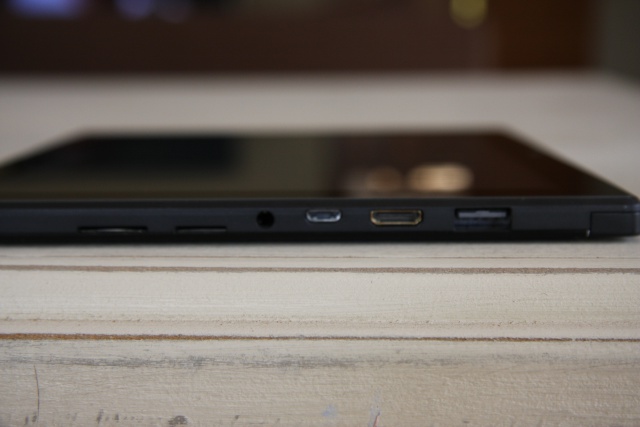 At the price it retails for, one can expect the A105 to offer average specs, and it indeed does, with a 1.33 GHz quad-core Intel Atom chipset pulling duty on the processing front and 1 GB of DDR RAM. That being said however, the A105's performance proved more than adequate, quickly switching between live tile apps, with a UI that looked smooth and fluid during use.

To be honest, I'm still far from totally enamoured by Windows 8.1, but having grown used to it over time, the A105 is one of the better mid-range Windows Tablets I've encountered. What makes me enjoy it even more though, is the price tag that Mecer has slapped on the A105, commanding roughly R3 000. We often harp on about value for money, particularly within the mid-range and entry-level markets, and I'm quite happy to report that the A105 has it in spades.

If there is one mark against the A105, it's that Mecer have not included a keyboard, a glaring omission for those who enjoy the tactile feel of keys under their fingers while working. Should you be willing to shell out the extra R500 (average retail price) that a detachable keyboard cost you, the A105 has a bottom located clip in order to keep the touch-typers happy. Apart from this, there is very little that the A105 is lacking from a mid-range tablet perspective.

Some may argue that with Windows 10 on the horizon, there is very little value to be had from a Windows 8.1 touting tablet like the A105, but after a solid two weeks of use, the A105 has plenty to offer. Well constructed, solid mid-range performance and a wallet-friendly price point make the A105 a great prospect for multitasking business users. 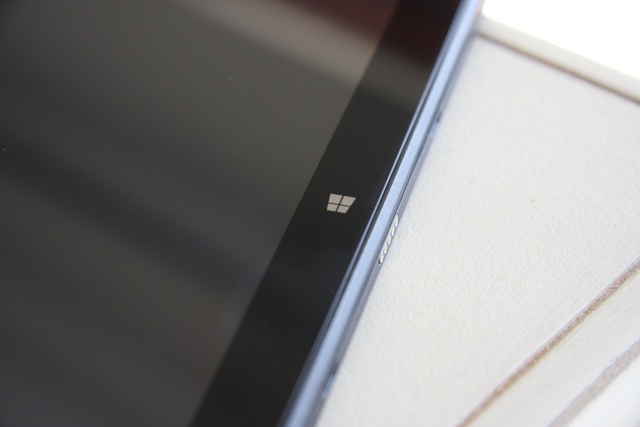