Now that the spectre of load shedding once again looms, portable power packs have never been more relevant. Thankfully the PowerGorilla beats its chest and can keep you mostly functional when the lights go out.

The PowerGorilla from Powertraveller certainly lives up to its name, as the 700 g device is the size of two 8” tablets stacked on top of one another. Nonetheless, the rugged device is portable enough to fit in a briefcase, backpack or small messenger bag, but forget about trying to cram it into a jacket or coat pocket. 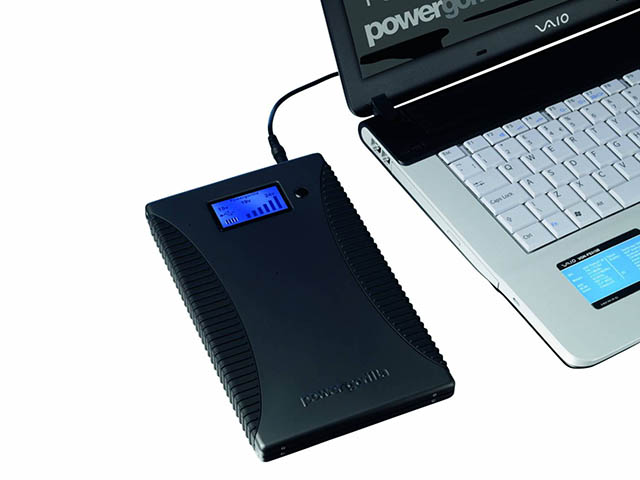 The PowerGorilla’s real strength is in its versatility, as the device can provide a needed energy boost to an array of devices, from smartphones, two way radios and dedicated GPSs to tablets and yes, even notebooks. Using the Powergorilla could not be easier – one simply selects their required voltage (5V, 8.4V, 9.5V, 12V, 16V, 19V or 24V) which is then reflected on the integrated and backlit LCD screen, and then connect their device of choice to start charging.

The PowerGorilla itself can be precharged in one of two ways - via the AC mains, obviously before Eskom flips the switch, or alternatively through solar power using the optional SolarGorilla (sold separately). As for how much juice you can expect from a fully charged PowerGorilla, it depends. Notebooks and tablets can be charged two and three times respectively, giving between two and six hours of power, while smaller devices can be charged up to twelve times. What’s really impressive in the PowerGorilla package though, along with a softpouch, is the array of connections and tips that come bundled in the box, with everything from microUSB, and connectors for an array of manufacturers. Additionally, a cigarette lighter charger is also included, enabling you to turn your car into your own private alternative to Medupi in a pinch (except this one actually works).

No, the PowerGorilla won’t solve the problem of cooking a hot meal when Eskom plays at being the Prince of Darkness, but it will enable load shedding blackouts or power outages to be a bit more bearable, making this monkey a pet well worth adopting. RRP: R3200 from Due South & Cape Union Mart.

PROS
Can power up a wide range of devices, Easy to use, Comes with numerous tips