At R2 990, the C5 multimedia helmet from Airwheel is priced well above your standard bike helmet. It does, however, boast a host of features that other offerings do not. The question then, is whether the added capabilities are worthwhile to shell out nearly R3k for this unique piece of equipment, and whether you fall within the target market. We'll touch on the latter first, with action cameras a clear inspiration for this device.

The C5 multimedia helmet tries to eliminate the need for the helmet-fixed variant of action camera, thanks to an HDR camera that captures footage of your shenanigans. 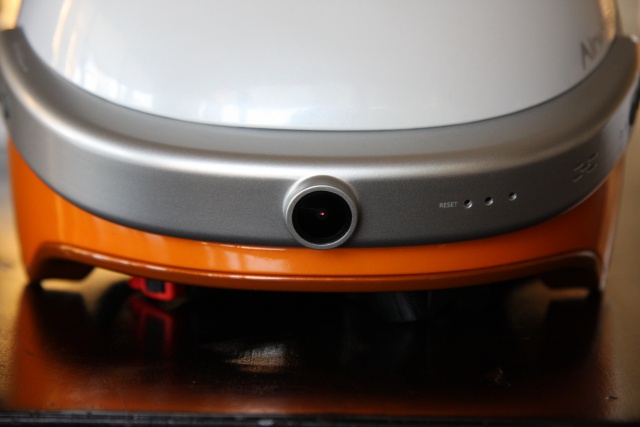 In terms of recording quality, the C5's camera maxes out at an 2304x1296 resolution (better than Full HD), with a maximum of three hours worth of recording time. There's also a 16 GB Micro SDHC memory card and card adapter thrown in for good measure to playback and edit your recordings.

By comparison, action cameras such as the GoPro Hero5 and TomTom Bandit can go up to 4K (3840x2160) for three and two hours respectively. To be fair though, to hold the C5 to the same standard as a top of the line action camera such as the Hero5 is not quite fair. That said, the recording capabilities of the C5 are certainly a step up from most mid-range smartphones, as well as a handful of flagship ones.

As such, if you're interested in recording what you get up to while on a non-motorised bike, but don't want to go the full action camera route, the C5 will be appealing. 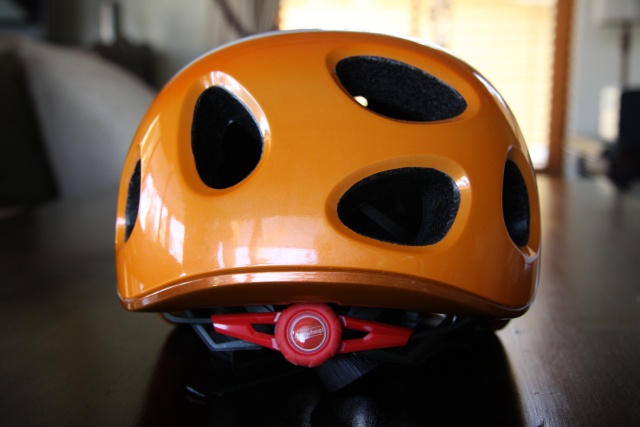 Capable as a action cam alternative, how does the C5 fare as a road bike helmet? A top of the line option, one designed for racing, will set you back R2k or more. This falls within the C5's price range, but this helmet does not afford the same aerodynamic design. Instead, the C5 has more of a retro-styled look to it. In fact, it initially reminded of the bucket-shaped helmet that a skateboarder might wear.

The design may not be intended to cut through air, but it does feature a few slits up front and gaps at the rear to ensure it doesn't get too hot after prolonged wear. There's also an adjustable turn dial to help users get the right fit, a common feature of most good riding helmets these days.

When it comes to design, is the C5 a viable option for those that take their cycling seriously? Probably not, but for people that ride their bike now and then, it's definitely up to snuff. 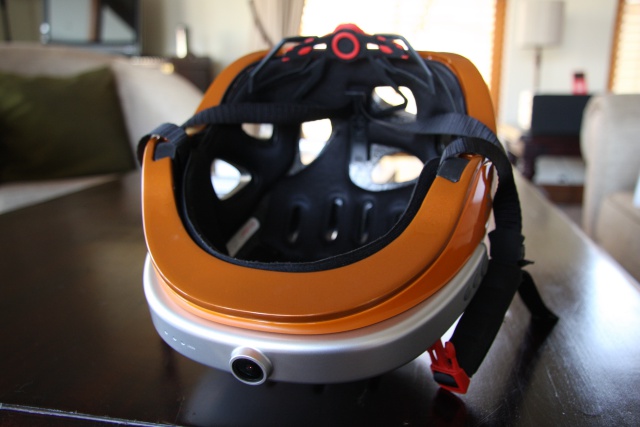 Now the question shifts to how easy the C5 is to operate. To that end, C5 has placed all the controls on the helmet itself. More specifically, it's found on the left hand side, with buttons designated for power, recording, receiving calls via Bluetooth, increasing and decreasing volume, as well as skipping forwards and backwards on tracks. The latter buttons are for listening to music via two Bluetooth-enabled speakers on the C5. They also double for taking calls, with a built-in microphone assisting too.

The button setup does take a bit of time getting use to, and you may find yourself pedaling with one hand on the bar for a long time before the right button is pressed. As such, the learning curve is not insurmountable, but definitely steeper than most gadgets.

In terms of sound quality, it gets the job done, providing a nicely audible soundtrack while riding. If you're aiming to take a number of phone calls though, the C5's setup may not cut it, especially when trying to talk into the microphone, with loud environmental noise sometimes disrupting the quality of the call.

As with a few more of Airwheel's products, price remains a significant consideration. At R3k, the C5 will likely only appeal to users that have a keen interest in gadgets, as well as recording videos while they're on their bike. In terms of recording quality, it's hard to fault the C5 with good looking videos, keeping in mind that it doesn’t boast the same lens and sensor technology as some high-end action cameras.

All in all the C5 multimedia helmet is a device that ticks the right boxes in terms of comfort and safety (although rating is not listed), along with boasting some unique capabilities such as Bluetooth and Wi-Fi, but at R2 990, still seems too pricey for the consumer it may be targeting.

The Airwheel C5 multimedia helmet can be purchased from Electric Wheels.