The Hybrid Ozone (also known as Hybrid NX Ozone) is marketed as a running shoe, with Puma keen to also mention it is as comfortable in the gym as it is on the road. There’s a reason for this I believe, which we’ll come to a later. First, a bit about the shoe, which comes with Puma’s Hybrid cushioning system for energy return. Hybrid combines the company’s IGNITE foam and NRGY beads (which looks a bit like Rice Crispies), which in this Ozone's case cushions the back around the heel area, with lighter Profoam for the rest of the midsole.

As such there is a lot of attention placed on a comfortable heel strike, with a thick layer of NRGY beads protruding past the heel area (see picture below). The elevated nature of the heel can be felt on the road, at least initially, where it forces you into a more upright posture. 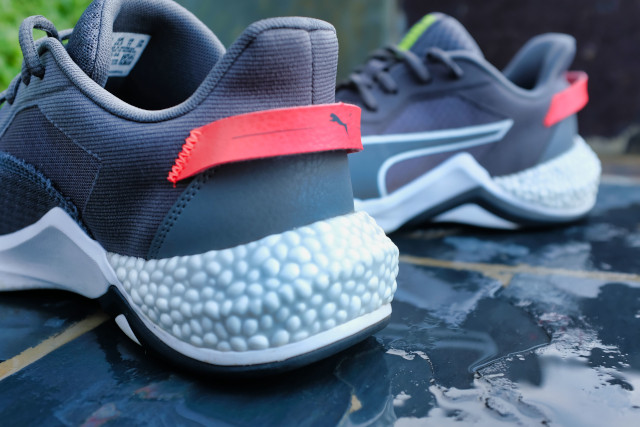 As with the majority of Puma’s running shoes, the Ozone is stylish and far from a boring plain white running shoe. The grey of my review pair was dotted with shocking yellow and red details, and although Puma notes knitted uppers on the Ozone, it is not the sock-like design of the Hybrid Runner but more in line with the Hybrid Astro’s. The Ozone fits true to size but runs slightly narrow around the bridge area.

A design choice I quite enjoy is the red collar strip at the back that helps you to slip on the shoes more easily. It’s a small detail but is helpful each time I put on the Ozone’s.

A perhaps less enjoyable element is the strange choice of insole for the Puma Ozone. While other insoles seem almost sculpted to fit the shoe and parts of the foot, the Ozone’s is more of a flat cut out. They are also quite soft, which makes you feel like you’re sinking into the shoes. This does not translate when running and wasn’t really a concern out on the road. 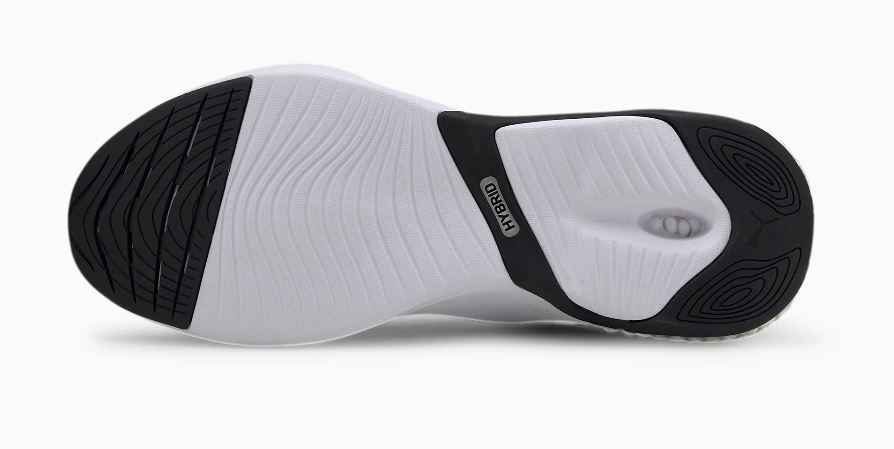 What is problematic running is the outsole. While testing the shoe mostly in dry conditions, the lack of decent traction makes me believe the Ozone could give problems once the rainy season starts. It’s a far smoother surface than found on any of the Puma shoes I’ve tested before, with a more traditional traction area only present on the front toe area of the outsole.

That said, the Ozone offers a smooth run, and although built up around the heel, your strike transitions well trough to the forefoot. Although the added benefit of energy return is there, it’s not overpowering and I always felt in control, even going downhill, which can be problematic for energy return midsoles. I also took these running in the park, which was okay but the lack of traction on the outsole as well as the thinnish Profoam midsole (which is not really made to withstand impact from rocks) make it a poor choice for trails. 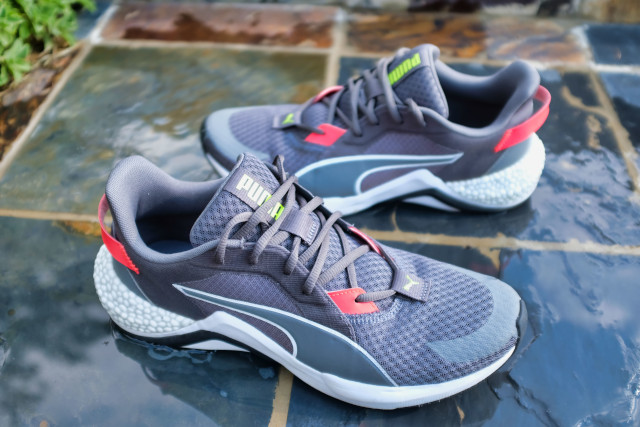 Which brings me back to Puma’s promise that this shoe, “doesn’t confine you to a gym, track, or field”. The smoother outsole works well indoors in the gym or on the Pilates mat, and is fine on the road doing short distances. Can you do a 10 km with the Puma Hybrid Ozone? Yes, and rather comfortably so. But I think 21 km would be a push, plus training for a half marathon will see you wishing for a grippier outsole when it's raining.

If you are not going to pile on the miles and looking for a stylish shoe that’s also comfortable, the Puma Hybrid Ozone is a good choice. However, if running is your main priority, there are better shoes available.

The Puma Hybrid Ozone retails in the region of R1 300 online and in select stores nationwide. 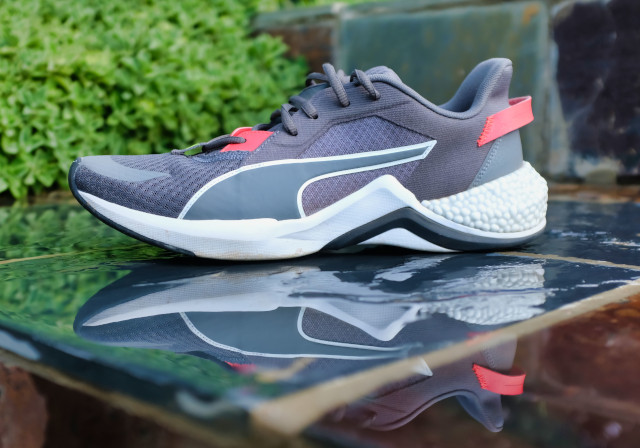