If there is one thing Puma doesn’t do, it’s design boring shoes. The latest Ignite Speed 600 is another case in point, providing a turquoise outer (atomic-blue according to Puma), supported by a bright orange Ignite liner round the edge of the white sole. 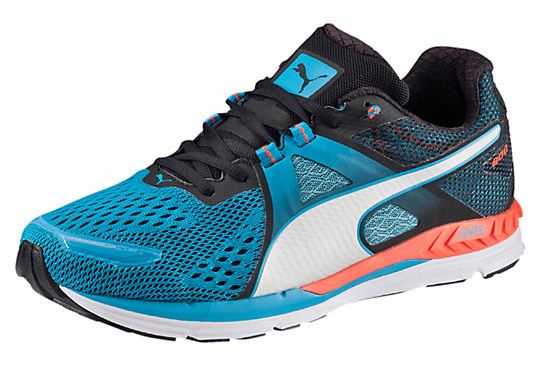 The iconic Puma formstrip on the side might be grey, but it’s reflective, providing a helpful bit of visibility when running in the dark. The shoe is comfortable with very little lateral movement on the heel and midsole, although the toe box is pretty much open and free. It’s not a ‘hot’ shoe, with the breathable mesh used for the uppers.

Personally I would have preferred the laces just a tad longer, but luckily the tongue is fastened up 2/3rd of the way out, so it doesn’t slide off to the sides. In general Puma’s EverFit+ technology kept the shoe fitted comfortably yet securely.

The Ignite Speed 600 shoes provide mid-level support, with Puma noting “just enough cushioning for the everyday runner.” The sole is a fair amount thicker than on the company’s ‘faster’ running shoes such as the Speed 300 IGNITE or Ignite V2, with the shoes having a fairly similar look about them.

On the road my general impression was that the Speed 600 Ignites are comfortable, but I did run into a problem in regards to the heel. With my tendency to overpronate and striking the road quite hard, after a few days I felt the cushioning was not supportive enough for my type of running. For most other runners, the Speed 600 Ignites should be a decent training shoe if you’re not logging the long miles. The fact that they’re also rather stylish makes them a pleasant daily wear if you’re going to use them off the road too.

They retail for R1 900 in local PUMA stores or some other retailers.

DISCLOSURE: SHOES WERE RECEIVED FROM PUMA AS A SEEDING PRODUCT. 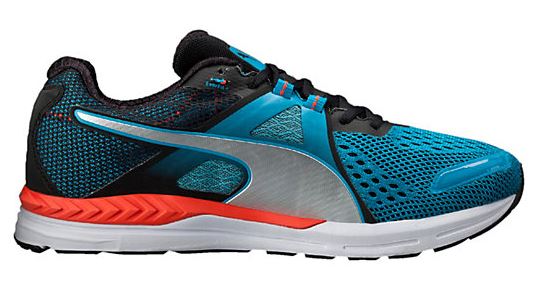