2017 seems to a be a year where nostalgia and reboots have featured abundantly. Everything from Power Rangers, The Mummy, Baywatch; it’s like every other movie is an adrenaline-filled remake that tries to conjure up some of the magic of the original. It’s not just Hollywood, however, that’s getting into the game, with HMD Global doing so with relatively great aplomb earlier in the year.

This brings us to the new Nokia 3310, which HMD is licensed to manufacture alongside all future Nokia Mobile devices. Whatever your opinion of the new 3310 is, its reboot was a bit of a marketing masterstroke from the mobile startup company.

Now that the initial hype has died down, it’s time to see how this feature phone competes in a world littered with smartphones. 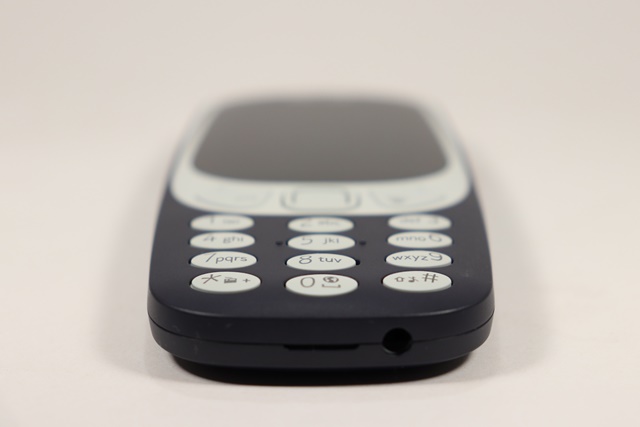 Yes, holding the new 3310 to the standards one might have of a new entry-level smartphone is a little unfair, but the real question is how it fares as a possible alternative. Is it purely a burner, or simply a nice piece of nostalgia from a time when your phone only needed to have good battery life and Snake?

Interestingly, the new 3310 feels like a bit of both. If you’re normally touting around the likes of an Apple iPhone or Samsung Galaxy, then this feature phone is definitely not a primary phone option for you. Instead, it could be well served as a secondary phone. We’ve seen multiple phones enter the local market sporting two SIM slots, with one normally for data, and the other for voice. Consequently, the new 3310 could very easily do well in the latter, with its 2G (GSM 900/1800 MHz) producing clear call quality.

Ultimately, that’s the most value you’re going to get out of the 3310. Yes, there is indeed an Opera-based web browser, along with a selection of simple apps and games to download, but seeing how that can often be quite time intensive (by current standards) on a 2G network, it’s not the best use of the 3310’s time.

So what is the 3310 good at, besides serving up an estimated 22.1 hours worth of talk time? Well the 1200 mAh removable battery onboard works forever and a day. Okay, not literally that long, but you’re going to get at three days of battery life from mixed use. It’s even better on standby, with HMD Global claiming up to 31 days. While we have not had it that long to verify, we were able to keep it on standby for a full week (seven days), with 85% of a full battery remaining. 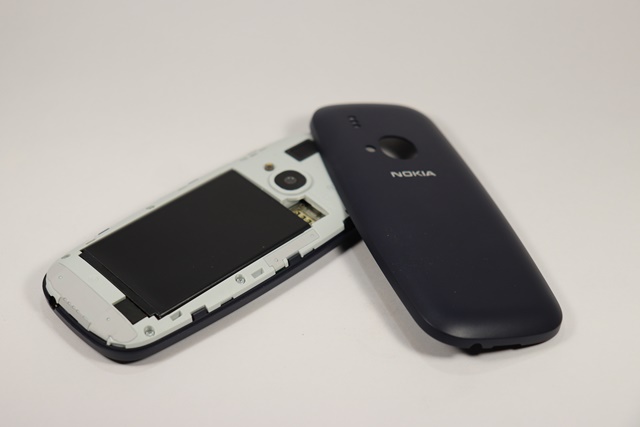 Not quite the original

Now that we’ve touched on some of the key specifications and features, let’s move onto why you’re probably considering buying the new 3310: its nostalgic value. If you’re expecting a phone fully reminiscent of the classic 3310, there are a few things worth noting.

First, the new 3310 may look like its forebearer, but there’s something slightly different. Much of it has to do with the materials used. The plastic for example, does not feel as hardwearing as the original. That’s not to say it’s flimsy, we’re just a little less assured it will remain intact if dropped. Added to that, the weight of the new 3310 is nothing like that of the classic model. Only tipping the scales at 77 g, there isn’t the same kind of heft the old 3310 (around 133 g) had. As such, all the nuances that made the first one such an instant icon, are lost in translation for the reboot.

Shifting to some of the elements HMD Global has improved on for the new 3310. A 2.4” QVGA screen is present. As such, you’ve got a bit of colour to work with. Added to this is a Nokia Series 30+ operating system, giving the new 3310 an air of Nokia Asha about it. As with the original, expect plenty of scrolling when navigating the menus, and that familiar Nokia beep. If there’s one nostalgic element that HMD Global has been able to recreate with the new 3310, it’s the typing and keypad experience.

That’s pretty much it for the new 3310, with the 2 MP camera better left alone due to its grainy shot taking, and 16 MB of internal storage quickly necessitating the purchase of a microSD card (up to 32 GB). 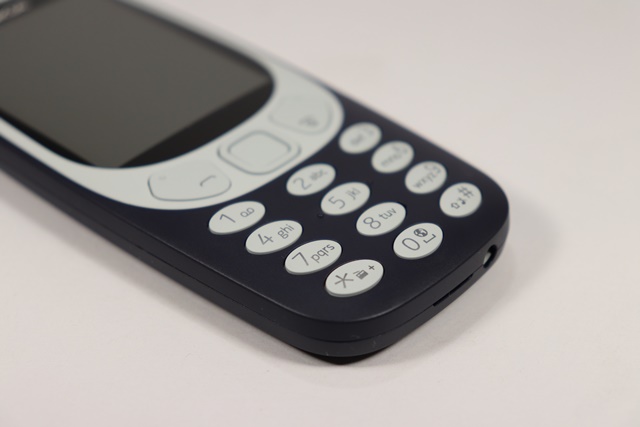 Will HMD Global’s new Nokia 3310 make feature phones cool again? Probably not, especially as users can get an entry-level smartphone experience for R1 000, which is only slightly more than the 3310’s R699 asking price. Instead, as we initially surmised, the new 3310 is a nice backup to have on hand when your primary phone battery dies and you need to make some calls.

If, however, apps and web browsing are key to your mobile experience, the 3310 isn’t going to cut it. That said, if purchased, you’ll have a feature phone that’s an instant conversation starter, despite not being an instant classic like the icon it’s based on. 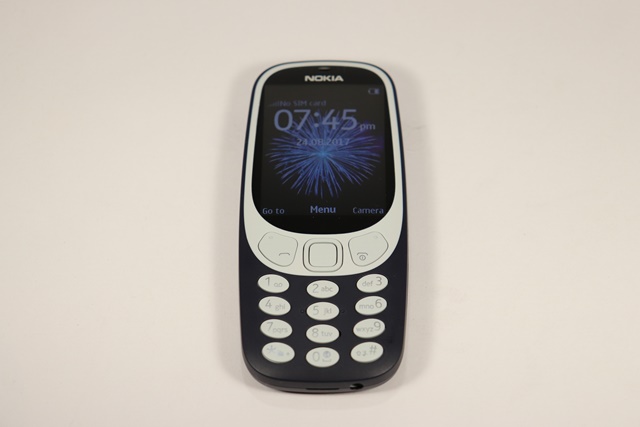