At Mobile World Congress in Barcelona earlier this year, it wasn't a high powered smartphone or tablet, or indeed the themes of 5G and the IoT that got the most coverage. It was oddly, a feature phone in the form of HMD Global's new Nokia 3310. It's a device that clearly leverages the popularity of the original to get people talking about the Nokia brand, and to HMD Global's credit, it worked.

Now the feature phone has landed on South African shores, and is already available to purchase from Cell C for an estimated R749 (Dark Blue model). If you're willing to wait it out a little longer though, MTN will have the new 3310 in all three colours (Blue, Red and Yellow) for a lower R699 by mid-June. Vodacom will be receiving the feature phone, but has not confirmed at this time its recommended retail price. Telkom has not indicated whether it will carry the new 3310. 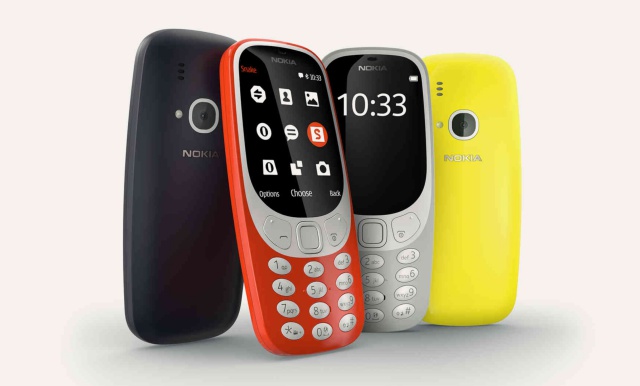 Starting at R700, the new Nokia 3310 is relatively on par with the €49 asking price, which translates to R712 given the current exchange rate. A more pertinent question, however, is who the new 3310 is designed for?

For a little over R1k, consumers can get their hands on a bare-boned smartphone from MTN or Vodacom, so is the new 3310 designed for users that are looking for a cheap backup device or perhaps a little bit of nostalgia.

Regarding the latter, South Africans that owned the original 3310 are now likely fully fledged smartphone users, so reverting back to a feature phone makes little sense. Instead, they'll probably buy the new 3310 to conjure memories of their days using a physical keypad or playing Snake.

Either way, the coming months should prove interesting for HMD Global and the Nokia brand, with a handful of smartphones set to join the new 3310 locally.