While the likes of Apple, BlackBerry and HTC have been tearing ahead with updated technology and impressive platforms such as Android and iOS, Nokia has remained virtually static - determined to squeeze every last drop out of its proprietary, yet antiquated Symbian S60 platform.

Now the manufacturer has announced a device which promises to usher in a new era for its smartphone stable - the Nokia N8. Here is our review of the company’s newest smartphone.
Features
The N8’s feature list is certainly one of its strongest aspects overall. It includes a 3.5” AMOLED touch-screen with a resolution of 360 x 640 pixels which is relatively standard in this market but doesn’t quite measure up to higher end devices such as the HTC HD2 or iPhone 4.
In addition, the N8 packs 10.2 Mbps 3G support as well as compatibility with HSDPA, HSUPA, GSM and EDGE networks. It also incorporates Wi-Fi 802.11n and Bluetooth 3.0 with A2DP and support for Nokia Ovi Maps 3.
On the processing side, the handset features a 680 MHz ARM 11 CPU with 256 MB of RAM and 16 GB of onboard storage and MicroSD support for up to 32 GB. 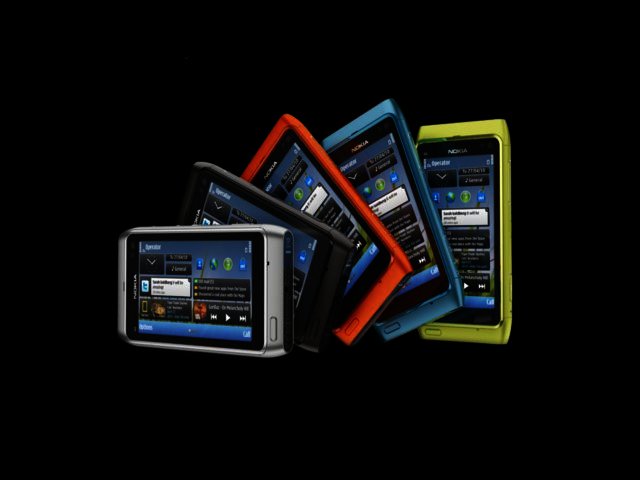 Multimedia goodness
The N8’s capacity for image and video capture is where it really shines. It features an impressive 12 megapixel camera with Carl Zeiss optics, autofocus and a xenon flash, capable of capturing images at a frame rate of 4000 x 3000 pixels and video at 720p.
Combined with the N8’s built-in mini HDMI and Micro USB adapter (cables for which are included in the box), the handset suddenly becomes a convenient device to use for display purposes or storage. This integrates particularly well with the image centre; considering that Nokia chose to include TV out functionality.
Design
The N8 shares similar dimensions with the vast majority of dedicated touch-screen smartphones currently available on the market. It measures in at 113.5 mm x 59.1 mm x 12.9 mm and weighs 135 grams; all of which is relatively standard for a handset of this type.
It features a fairly robust design which almost gives off the impression that Nokia built the N8 to last. Unfortunately, this has resulted in an unusually large bevelling around the perimeter of the screen - something which we found wholly unattractive.
The numerous ports (including SIM card, micro USB, mini HDMI and Micro SD) are concealed with slide up covers which we found relatively difficult to lift. Nonetheless, these do a good job of giving the device a more uniformed feel.
Our harshest criticism of the Nokia N8 is the bulky camera encasement. It almost appears that the company forgot to include it until the last moment of design, at which point their engineers said “why don’t we just stick it on the back?” As a result, the back of the N8 looks misshapen, bulky and altogether disappointing. 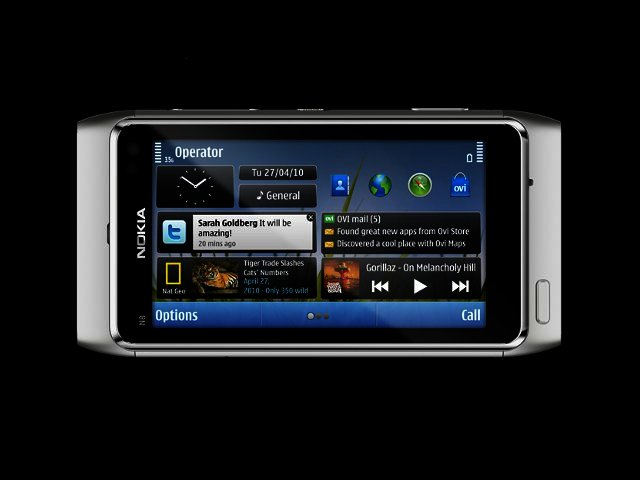 Symbian S^3
The N8 is the first Nokia handset to feature the company’s updated Symbian S^3 platform. This new operating system offers users access to multiple home screens which can be edited and populated with widgets according to user choice, multi-point touch functionality including pinch-to-zoom and an improved graphical engine which allows for processor resources to be allocated elsewhere.
S^3 also introduces integrated social networking, which allows for multiple feeds from a number of social platforms including Twitter and Facebook to be integrated into one application. Although this might sound like old technology, it is the first time such features are being offered to Nokia fans. Other manufacturers such as Apple, BlackBerry and HTC, have been offering this functionality for years.
What’s more is that Symbian S^3 looks almost identical in terms of layout and design to S60. Although we can appreciate Nokia’s need for a common thread throughout its platforms, we’d also like to stress that S60 already looked ancient when it was released, and, as a result, S^3 looks like it’s stuck in the Stone Age.
In short, S^3 feels a bit like a car Fred Flintstone might drive, but with a tuned up V8 underneath the hood. It just doesn’t work.
Conclusion
Although the N8 is a step in the right direction for Nokia, the sad fact is that the company is still a step behind its competitors.
The device itself is impressive and certainly competes within its market, but it’s the antiquated operating system that really lets it down. One can’t help thinking that Nokia should give up the ghost and sign up to the Android team - we’d certainly buy such a handset.
The N8 is currently available locally for R4799