When Lenovo relaunched the Motorola brand locally late last year, they did so with the new Moto Z and a handful of Moto Mod modular components. The latter was perhaps the most intriguing element of the Moto Z, especially as it is one of a small number of manufacturers to introduce a modular phone setup. At R12 999, plus R1 200 and up for the Moto Mods, the bill for the Moto Z could stack up.

Which is where I think the Moto Z Play comes in. It's a mid-range to premium mid-range offering that's designed to give users the Moto Mod experience, for a smaller price tag. 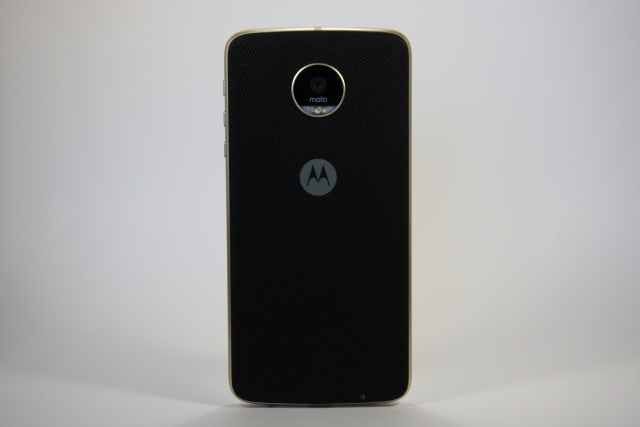 As a premium mid-range device, the Moto Z Play only seems to truly tick the box in terms of price. At R8 999, it falls in a bracket that's perilously close to flagship status, but does it deliver on that sort of level? Yes and No. The Moto Z Play was quick and responsive when I put it to use while multitasking, but if you were going on benchmark testing, or indeed the chipset on offer alone, then things might not be up to snuff.

To that end, there's a Qualcomm Snapdragon 625 processor onboard, which is normal fare for a mid-range device. It clocks at a modest 2.0 GHz, and is supported by 3 GB RAM and 32 GB of storage. That mix yielded a score of 62 388 on AnTuTu (v6.2.7), which is slightly less than the similarly specced Huawei Nova's total of 64 219. To put things in perspective, the Nova is priced around the R7k mark. 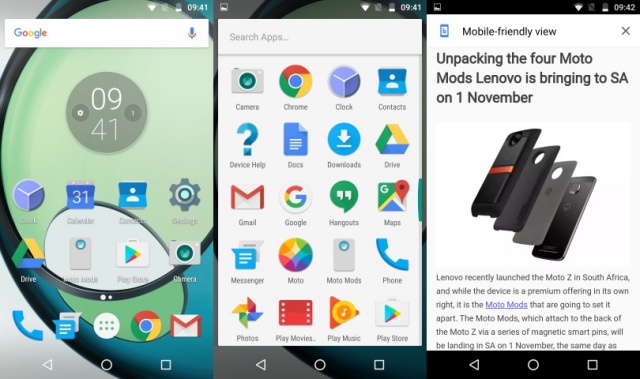 While the chipset performance and actual phone multitasking capacity are a bit at odds, the rest of the Moto Z Play is pleasing. The design is not overly striking, but it is one of the better looking Android devices around, with its aluminium frame and 5.5" Super AMOLED (1080x1920) display looking the part.

The rear portion is glass too, housing the series of magnetic pins for the Moto Mod system near the bottom of the phone. This, however, is covered up a black plastic cover, which features ridges for an added level of grip and is magnetically held in place. As back covers go, it gets the job done, but the ridges are prone to getting dust trapped inside them, requiring a cleaning every now and then. Featuring all the elements one expects from a premium mid-range device, the Moto Z Play has an advantage in the form of the Moto Mods. That said, there are pros and cons to the system. In terms of cost, you'll be paying between R1 200 to R4 700 depending on the Mod to upgrade the functionality of your Moto Z Play. Getting your hands on all the Mods can become very expensive, but it also means you can integrate flagship elements into your mid-range phone.

As far as slipping them on and off goes, the magnetic smart pin system makes switching out elements very easy. It also has the added advantage of ensuring the smartphone stays powered on throughout the whole process, which is not the case with the modular LG G5. 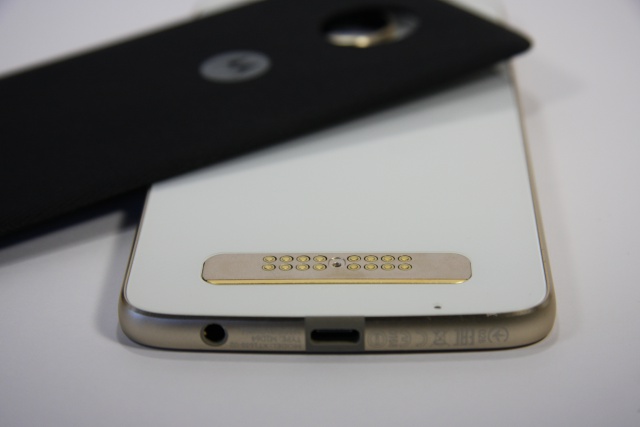 I tested out the Incipio Power Pack and JBL SoundBoost, which retail for R1 200 and R1 700 respectively. They are two of the less expensive Moto Mod options, with the Power Pack proving the more useful in my opinion, particularly if you're forced by your budget to only pick one Mod. With an extra 2200 mAh of power at its disposal, it claims to serve up an additional 22 hours of battery life. I wasn't able to eek that much out of it, but easily got an extra full day's use.

The SoundBoost also performs well, delivering on the stereo sound as promised, as well as producing a far crisper listening experience compared to the on-phone speakers. My only quibble, is that the kickstand on the SoundBoost forces the speakers to point downwards, which can muffle the sound at times. As a premium mid-range device, the Moto Z Play is a tad underpowered, with other lesser priced offerings producing a similar smartphone experience. If, however, you add the Moto Mod system into the mix, the Moto Z Play begins to show its worth.

Unfortunately though, therein lies the problem, as only with a handful of additional Mods will the Moto Z Play prove worthwhile. Factor in purchasing the battery pack or Hasselblad True Zoom camera Mod, and the Moto Z Play will start costing as much, and in some cases, even more than a flagship phone. 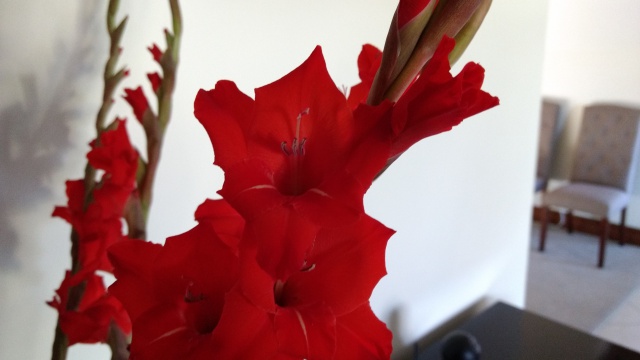 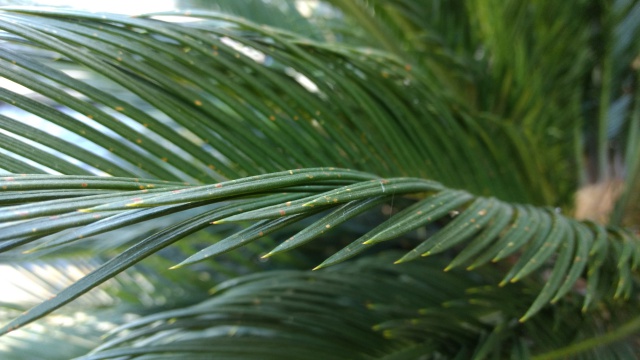