A Lexus with Apple's self-driving tech has been spotted

It appears as if Apple's plans to design a self-driving car, or at the very least a system to aid autonomous vehicles, is rolling along smoothly. In Silicon Valley earlier this week, the company's technology was seen atop a Lexus RX450h car, indicating that Apple is indeed going full steam ahead with self-driving cars.

Precisely what shape they'll take is unknown for now, but the footage of the vehicle, which was shared with Bloomberg, is reminiscent of the way Google first went about its self-driving car program. To that end, the Lexus vehicle was seen with a LIDAR sensor on its roof, along with a series of sensors scattered on the exterior of the car.

While there hasn't been any official word from the Cupertino-based company on the venture, currently codenamed Project Titan, our best guess would be to say that an Apple designed and manufactured vehicle is probably not going to happen any time soon. Instead we may see Apple embed its self-driving car technology into the vehicles of other manufacturers. 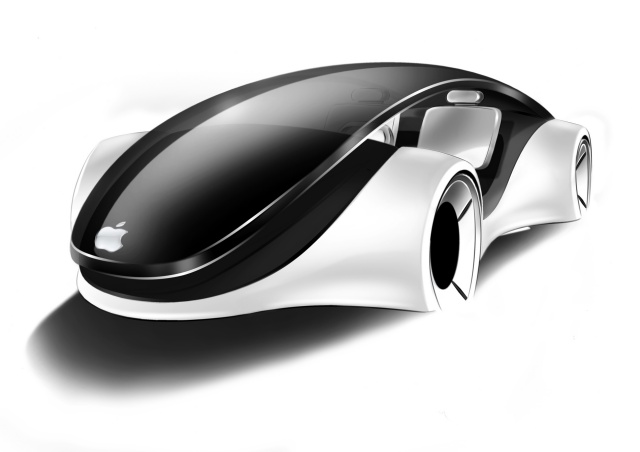 The iCar is probably not gonna happen any time soon.