It may be that IFA 2015 is handling things alphabetically, as Acer was the first technology manufacturer to showcase its latest efforts in Berlin today. The event was clearly split into two parts, with the home and office getting the attention during the first half of the presentation, and Acer's Predator gaming range in the second. It is however the former that attracts our attention for now, as Acer aims to ride the crest of the wave that is Windows 10, showcasing not only its notebook and tablet hybrid offerings in this regard, but smartphones and wearables too. 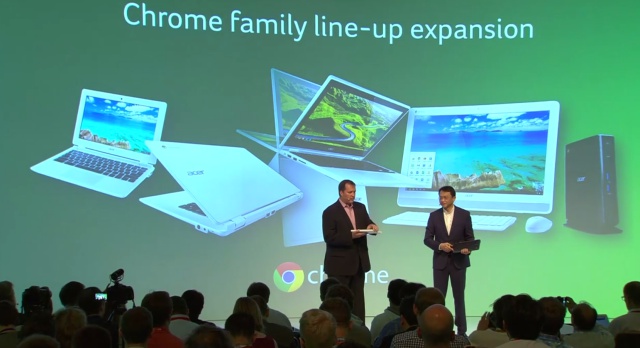 Acer CEO, Jason Chen wasted no time in getting to the good stuff, as they unveiled their Windows 10 sporting lineup of notebooks. Kicking things off is the Acer Aspire R13 convertible notebook. A high-powered tablet hybrid by nature, this new product features an 18.5 mm thin body and weighs in at 1.6 kg. Utilising Acer's now patented Ezel Aero Hinge, it can rotate 180 degrees on its U-Frame and then be used as a tablet. For now the internal specs are simply detailed as a "powerful" 6th generation Intel Core processor, with Windows 10 and Qualcomm Wi-Fi added to the mix. Acer says it will arrive in the EMEA region in October, and carry an estimated R16 700 RRP. 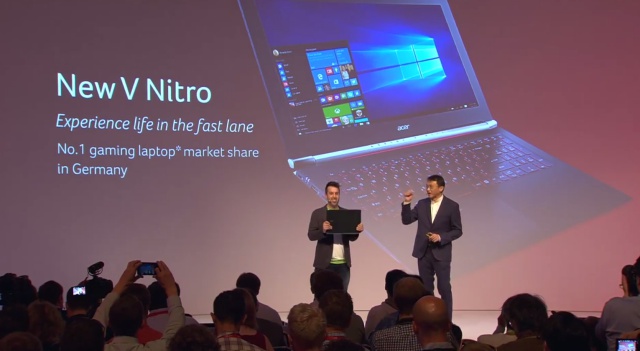 Next on the Acer carousel was the Aspire V Nitro and V 13 notebooks. The former is designed to be one Acer's more powerful notebooks and features a 4K Ultra HD display on the 15" model. Added to this is an Nvidia GTX960M GPU and 6th Gen Intel Core processor. The V 13 on the other hand is designed with portability in mind, measuring 19.65 mm thin and tipping the scales at 1.5 kg and with an estimated eight hours worth of battery life. Both Aspire units come with Windows 10 and are expected to land in EMEA countries come late September and early October depending on region.

It wasn't all Windows 10 from Acer however, as a new lineup of Chromebooks was also revealed at IFA 2015. The Chromebook R11 was the first to debut and also carries the distinction of being Acer's first convertible Chrome offering. It's 11.6" HD display can rotate a full 360 degrees to be used in Pad mode, luckily it’s quite thin at 19.2 mm. Added to this is an Intel Celeron processor, with availability for EMEA scheduled for November.

Although not all six of Acer's new Liquid smartphones got time on stage, the company has expanded its portfolio of Android and Windows Phone offering. Four of the new devices will sport an Android OS, with two working on Windows 10 Mobile as Acer terms it. 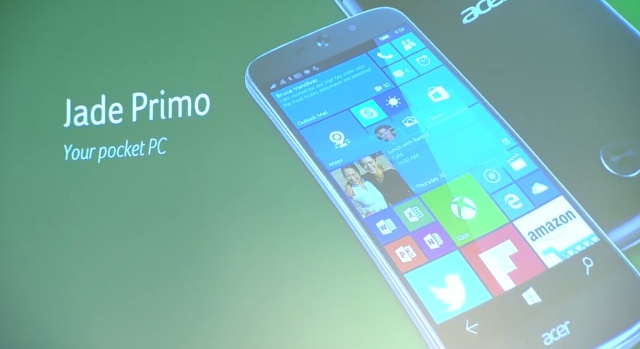 The Liquid Z630 and Z530 are the standouts however, both Android in nature, with an emphasis on the screen and camera respectively. The Z630 is a 5.5" HD device with a quad-core 1.3 GHz Mediatek MT6735 chipset at its heart. It also features an 8 MP shooter on the rear, as well as 2 GB of RAM internally. Although Acer has not labelled it as entry-level or mid-range, the specs lean towards the latter.

The 5" Z530 is also worth a mention, and is billed as the "perfect selfie phone" by Acer. This is primarily because it sports an 8 MP front facing camera. Added to this is the same chipset as the Z630, and comes in two different storage and RAM options - 1 GB RAM with 8 GB onboard storage, or 2 GB RAM with 16 GB of memory.

While many of these devices have been freshly unpacked today, we are still awaiting confirmation from Acer Africa on local pricing and availability. That said, the Acer technology ecosystem has filled out quite nicely of late, and there are a number of different products within the various silos to pique one's interest.