Yesterday, Acer held its annual Global Press Conference, and as in recent years it did not disappoint in terms of the number of new devices that were announced. On the home computing side, Acer once again revealed new Swift and Chromebook notebooks, with two in particular catching our eye.

On the lightweight notebook side of things, the Swift 3 looks a tempting offering, with its predecessors impressing us of late. This version ditches the wilder colour options for a more subdued silver aluminium. That said, there are still a blue and rose pink variants on offer, although it's unclear if they'll be brought to South Africa.

When it comes to specifications, the new Swift 3 features a 14" HD display (1366x768). Internally Intel's 8th Gen dual-core i5 6200U processor is the go-to option, with it clocked at a respectable 2.3 GHz. Added to this is 8 GB DDR4 RAM, 256 GB onboard storage and an Intel HD Graphics 520 GPU. Other notable aspects are a claimed battery life of 12 hours, along with a bevy of the usual modern ports.

No local pricing is available for now, but Acer should be revealing that detail soon.

Moving onto one of the new models with the Chromebook Spin 15, which is an offering that may or may not make its way to South Africa at this stage. If it does, users will be getting a sleek 15" notebook with a hinge that allows the display to swivel a full 360 degrees and affords this device the ability to be used in four different modes.

It also has some premium elements, such as the papyrus paper style design for the top, as well as a Gorilla Glass touchpad. Added to this is Chrome OS, with supports for Microsoft Office and Google Play. For those capable of working with a reliable internet connection on hand, this Chromebook may be worthwhile looking into. 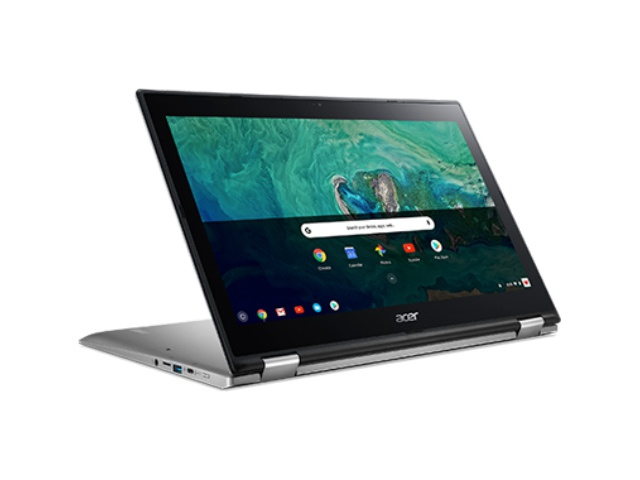