Amazon pretty much runs the show when it comes to online retail, but the company is also aiming to take on the more traditional brick and mortar type setups with its new Go convenience store.

The concept has been under development for the past five years, according to Recode, with the first pilot location opening up in Seattle, Washington today. More specifically the ground floor of Amazon's headquarters on Seventh Avenue.

What makes the store particularly interesting is that it works without many employees. There is still a greeter at the main entrance, an ID checker by the alcoholic beverages and of course kitchen staff making the sandwiches that are available to purchase. That's it, however, with no cashiers or indeed queues to pay. 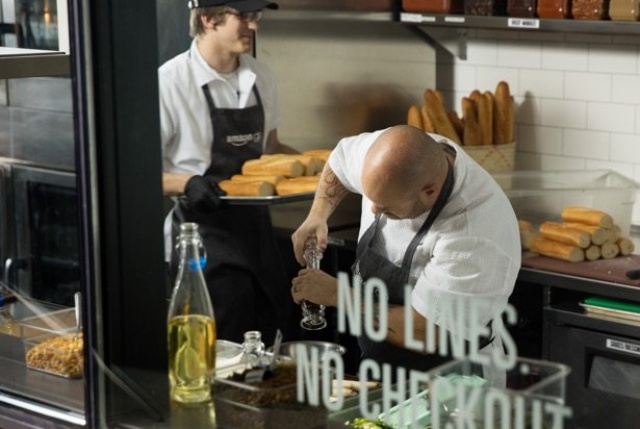 Those are facilitated via the Amazon Go app, which is scanned upon entry into the store and then allowing shoppers to pick items off the shelves. According to Amazon, the store enlists a range of high tech cameras and shelf sensors, linking to one’s phone app to determine what items have been taken. That said, Recode notes that employees are still required to check that things are running smoothly from time to time.

As for what the future holds for Amazon Go, we'll have to wait and see how the pilot store performs, but seeing that the company recently acquired Whole Foods, they clearly have intentions of disrupting the retail space. 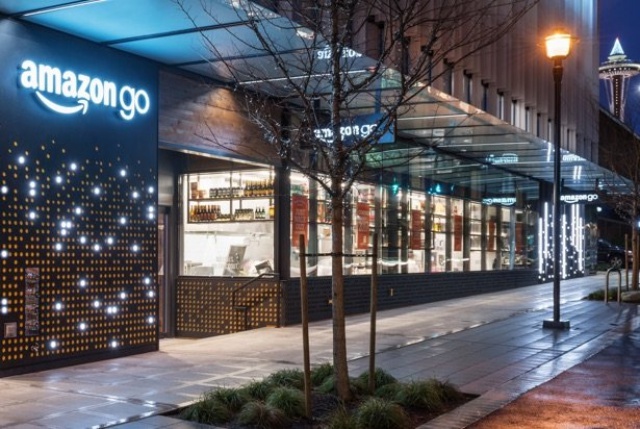