Apple's new smart speaker, the HomePod, has been on sale in the States for a couple of weeks now, but it looks like there may be an issue with the Siri-sporting device. According to multiple reports, including Wirecutter and Pocket Lint, the silicon base of the speaker appears to be leaving an unsightly white ring after the HomePod has been placed on a wooden surface for a couple of hours.

The company has acknowledged the issue to Wirecutter, but only advised that user's try to wipe the wooden object where the white rings form, as well as oiling the surface as per the manufacturer's specifications. 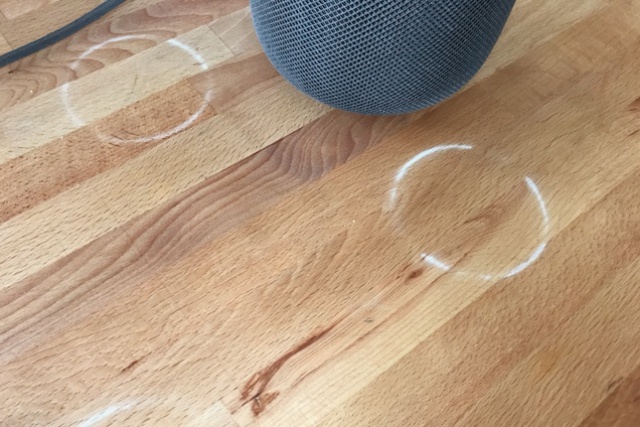 It's not quite the fix that users would have been hoping for, with Apple noting on its support page for the HomePod that it is not uncommon for speakers with a silicon dampening base to yield similar white rings. The explanation for the white rings, according to Apple, are the result of the "oils diffusing between the silicone base and the table surface".

Whether or not HomePod owners will be satisfied with this fix, remains to be seen. As such, you're going to want to place the speaker on a different surface.