The rumours about the iPad Pro have been around for awhile now and after a year of guessing, Apple finally lifted the veil on its high-powered activity-focused tablet. It's big, being the largest display that Apple has fitted onto a tablet at 12.9". Added to this is a high level of visual quality, sporting the highest number of pixels on a tablet display from Apple at 5.6 million. 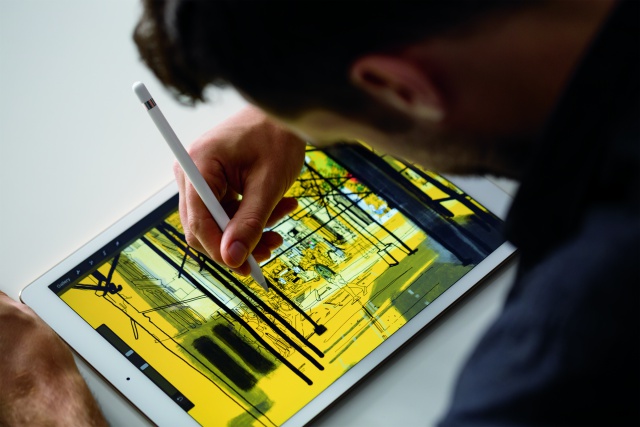 The precise details of this 12.9" Retina Display are not known this early, but GSMArena estimates its resolution at 2732x2048, giving it a pixel density of 264 ppi. Those numbers are not awe-inspiring if true, since the iPad Air 2 sports the same ppi, so getting the iPad Pro in hand will hopefully tell a better story.

Internally we find a new A9X chipset, which confirms the leaked information we reported on earlier this week. According to Apple, the new chipset is considerably faster than its predecessor on both the CPU and GPU performance fronts.

Although little else is known at this stage, the lack of definitive specs has not stopped Apple from lauding this device as "the most advanced and powerful iPad we have ever made." In fact, the Cupertino-based company has it tipped as a great enterprise tool because of its high processing capability and great screen. At its unveiling last night, Apple demoed multiple scenarios where the iPad Pro could be used. The most interesting of which is of course use as a creative tool in the design, animation and drawing fields.

To that end, Apple has introduced one intriguing accessory, a stylus named the Apple Pencil. The American manufacturer was quick to heap praise on the stylus, calling it one of its most technologically advanced offerings given the small form factor. According to Apple, the Pencil features a range of pressure sensitive sensors embedded into the tip of the device to help draw both thicker and thinner lines based on the angle at which the Pencil touches the iPad Pro's screen and pressure being applied.

Further aiding its billing as a creative tool, Apple had Adobe demo a handful of apps designed specifically to work on the iPad Pro and iOS 9. This came to life when we saw two Adobe apps snapped together and used to transfer images and info from one app to the other. 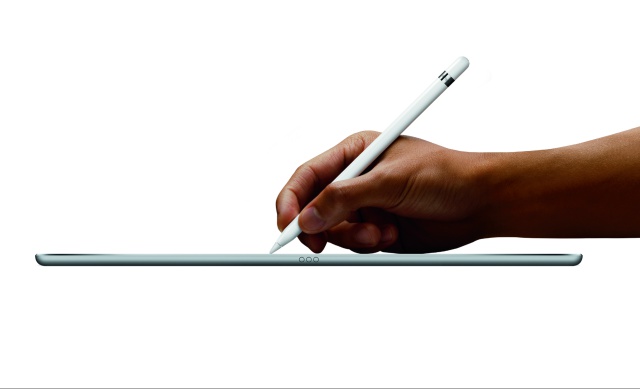 As far as pricing goes, the iPad Pro range starts at $800 for the entry-level 32 GB model. Things get pricey when dealing with the range-topping 128 GB variant, which will cost a recommended $1080 and tout Wi-Fi and 4G/LTE cellular. The Apple Pencil will cost $100, although its compatibility with other iOS tablets is still a mystery.

The iPad Pro and its accessories are slated to debut at the start of the November in the States, with plans to bring to more countries before the year's end. For now, it is unknown if South Africa has made the early cut.