Be on guard as Russia’s war on Ukraine could hav...
0
comments

The move into hybrid: why we need to rethink the m...
0
comments

A main focus of the keynotes offered at the Autodesk University Africa 2018 event, held last week in Bryanston, was on why the world needs new ways of designing, building, manufacturing and engineering.

Continuing from where Walter Dopplmair, the VP EMEA Territory Sales, for Autodesk left off was Lynelle Cameron, the CEO of the Autodesk Foundation and vice president of Autodesk sustainability.

She began by pointing out that for those in the Architecture, Engineering and Construction (AEC) fields, there is an opportunity to really reimagine the future of what gets designed and built on the continent of Africa. 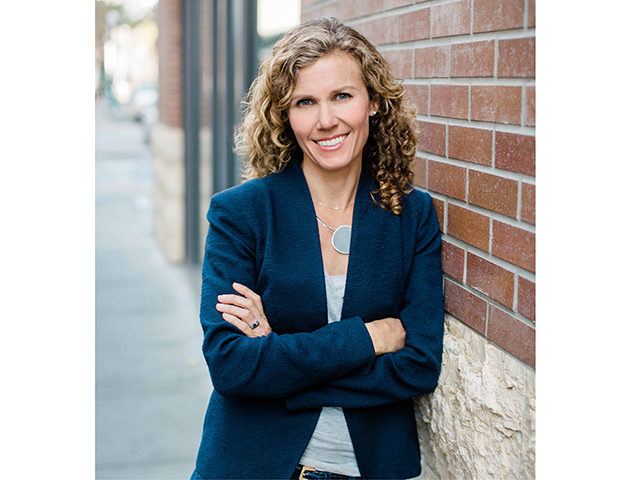 She continued that even as Earth’s population is anticipated to exceed 10 billion people by 2050, many people don’t realise that a quarter, or one in four, of those people will live on the continent of Africa.

As well, the population of Africa is predicted to double from 1.2 billion to 2.5 billion in the next few decades. In other words, addressing and adopting the new ways of constructing buildings is not just a necessity and opportunity for the developed world, it is an imperative for those of us who call Africa home.

Cameron continued that, in a design era where man meets machine, entire industries are transforming to become more creative, yet functional and sustainable. “For example, within the construction industry we are seeing a shift towards the mass production of concrete prefabricated modules and the implementation of Building Information Management (BIM) technology to allow for the flawless on-site assembly of those modules. In other words entire supply chains are collaborating on a whole new level.”

She added that as there is an increase in the convergence of construction and manufacturing, productivity increased by 30%, thus being able to build and design new thing. Additionally, wastage will be reduced by up to 90%,

“Sustainability should be a key focus area for South African engineers and designers,” she stressed.

BIM technology and the new ways of manufacturing that it enables is so significant that it is considered the next big disruptor in the manufacturing and construction industries. More specifically, the buildings in a box approach enables building components to be manufactured in one place and then shipped overseas to be assembled somewhere else.

She further asserted that everyone in these industries across all stakeholders, from designers, engineers to fabricators, will have to use new methods and ways of working.

So what are these new ways? One of them is called Design for Manufacturing and Assembly (DfMA), which entails designing products or components of a building to support a manufacturing approach. One of the benefits this brings is being able to reduce waste considerably by eliminating scrap entirely. Another is that of considerable cost savings.

Furthermore, we can also expect to see robots taking over some of the more dangerous tasks on a construction site. For example, one of the videos played at the event showed a robotic arm being utilised to put nails in a ceiling, a process which otherwise would have required scaffolding, and a human being performing a task that could result in a serious fall. Additionally, robots could be used to lay bricks, and increase efficiency, while speeding up the time needed to build.

This means that it is not just industries set to change, but the way people do their work as well.

“Jobs will change, some will fall away, but other, new jobs will also be created,” she reassured. Cameron stressed that, while robots will likely take over more onerous or dangerous tasks, this doesn’t mean that human involvement is no longer required. Rather, the future of work is about humans and machines interacting and working together, collaborating in new ways to design and build the future.

Also on the cards is smarter Internet of Things empowered workplaces, in the sense that workers on construction sites or other hazardous places will have wearable sensors that transmit data about safety conditions.

On that note, Cameron pointed out that while the future is about data, it’s not just about consuming and collecting data, but rather using the technology to glean insights and optimise what is being built.

As more buildings are designed and built to accommodate a growing population, it can also usher in an era where less wastage becomes more common, and fewer debilitating accidents on construction sites become the norm.

Cameron’s parting thought to those in the manufacturing and design industries was straight to the point:

“Think about how robots and automation will transform the architecture, engineering and construction industry, but also consider how they might transform your business, and what you might design and build in the future,” she concluded.