BlackBerry has launched a new smartphone for 2016. The first was the Android-powered PRIV (review), and this second offering also favours Android as its go-to operating system. Named the DTEK50, BlackBerry has also christened it as the world's most secure Android smartphone.

What makes this device so secure? BlackBerry has baked in a number of its mobile security solutions to accompany the Android 6.0 (Marshmallow) OS. The DTEK50 features include Rapid Security Patching, which delivers the latest BlackBerry designed patches for malicious mobile threats. It also has the DTEK by BlackBerry App, seen in the PRIV too, providing autonomous monitoring of the phone's various platforms. Added to this is Hardware Root of Trust, a BlackBerry manufacturing process that allows for the tracking, verification and provisioning of DTEK50. 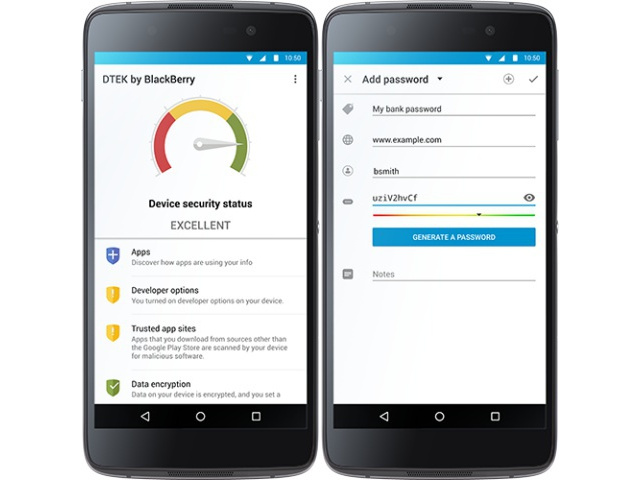 In terms of pricing and availability, the DTEK50 is currently open for pre-order in select regions for roughly $300. For now, it's unknown when South African consumers can purchase one, but BlackBerry's turnaround time in that respect has always been quick, so expect it within the next two months.

It's unclear who the ideal consumer for this device is, but our guess is it might just thrive in the enterprise space.