Canon M100 mirrorless announced for those wanting to upgrade from smartphone

Canon is continuing to make a push into the mirrorless market with the release of the new EOS M100, a camera aimed at those looking to take the step up from a smartphone. 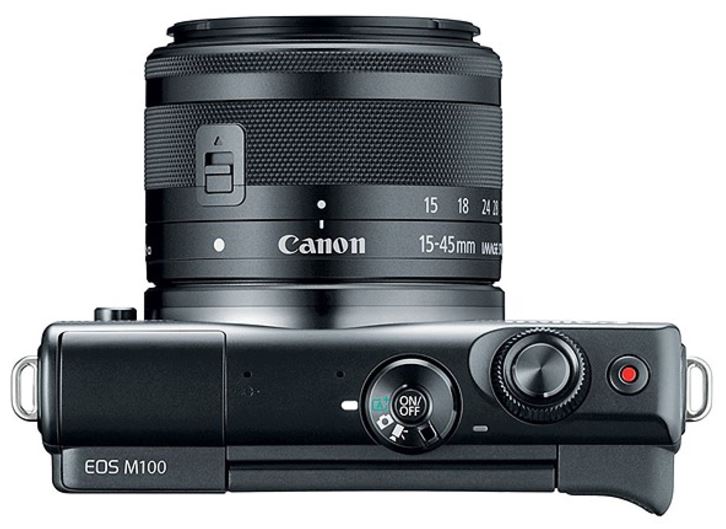 The sensor is the same APS-C size found in DSLRs, with the DIGIC 7 processor doing the hard work in the background also featured in the mid-range EOS M5 (review). This allows, for example, the video capture ability to improve to Full HD at 60 fps and not just 30 fps.

Further upgrades over the M10 includes 6.1 fps vs 4.6 fps shooting (with autofocus lock, 4 fps on continuous shooting), while ISO is going up one step higher to 25 600.

Like almost all new cameras, the M100 can connect to your smartphone, with Canon including Wi-Fi, Bluetooth and NFC onboard. While you will most probably use Instagram for filters, Canon does include creative effects such as Grainy Film, Art Bold and a Fish-eye Effect.

Yes, but my smartphone can take selfies we hear you say? The M100’s 3” LCD touchscreen (1.04 MP resolution) at the back is able to flip 180-degrees, so you can check yourself out before snapping, if that is your thing. This feature should be especially handy for vloggers. 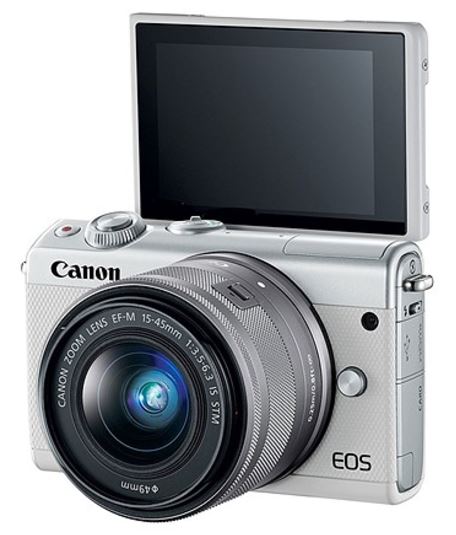 What we are interested in seeing, is how well the M100 will do compared to its cousin in Canon’s DSLR line-up – the 200D. Since it contains much the same specs, will users prefer the small traditional DSLR over the mirrorless system? Let us know in the comments below.