Conan Exiles is the upcoming game from FunCom, which produced 2008's Age of Conan. Our favourite barbarian returns for this new announcement trailer, walking in barren desert and narrating rather menacingly. The finer details of the game have not been fleshed out in full, but it seems to take some inspiration from the recent Mad Max (review) game, in which the fight for survival is key.

Added to this is possible choice of different paths gamers can take for Conan. The game's homepage says, "Here you must fight to survive, build and dominate." As such, Conan could either go on the warpath trying to claim all the exiled lands in the game for himself, or create a kingdom on his own by opting to build instead of pillage. 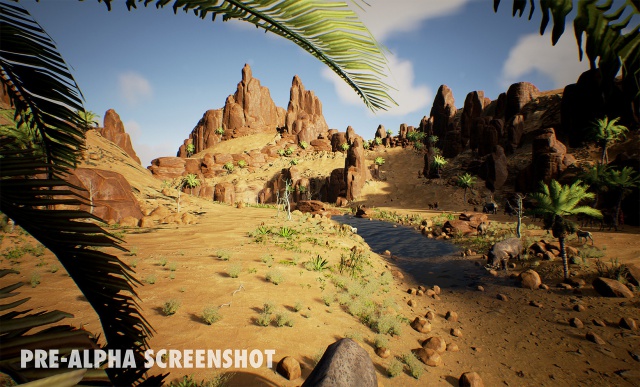 There will also be an online multiplayer element to Conan Exiles, with gamers being able to team up with one another, although how you can have two Conans vying for supremacy is unclear.

Conan Exiles is slated for early access on PC by mid-2016, with console versions expected not too shortly afterwards. Hit play below and decide whether or not Conan Exiles is one worth bookmarking.