Everyone seems to be getting into the streaming game, and according to The Hollywood Reporter (THR), so is DC Comics, or rather the television side of the company - DC Entertainment. The company is joining forces with Warner Bros. to launch a streaming service sometime next year, but the name and launch date are yet to be confirmed.

What is known, however, is two of the first original shows to feature on the streaming service. They both will incorporate some of DC's younger superheroes, with animated series Young Justice and a live-action (still in development) Titans TV show. 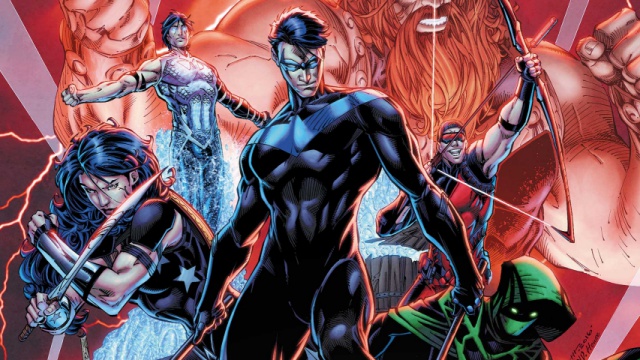 The former series is already in its third season, but Titans will serve as new original content that will focus on the stories of the Teen Titans, dealing with Dick Grayson/Robin in particular. Whether or not the likes of Batman or other big name superheroes will also appear, remains to be seen.

THR does not have the full casting details, but Starfire and Raven are expected to feature alongside Robin. If handled correctly, we think Titans could prove as popular as some other DC TV properties like The Flash, Supergirl and Arrow.

The bigger picture of how DC Entertainment's streaming service will be able to catch up to more established offerings like Netflix and Hulu, remains to be seen. Also if fans are willing to pay extra for yet another streaming service. Our suggestion, get the DC equivalent to Marvel Unlimited up and running as soon as possible, and connect the TV service to this subscription.