9 June 2017 is getting ever closer for fans of the DiRT franchise, with the question on many minds being if the new DiRT 4 will be more like version three, or will it carry elements of the much better but tough DiRT Rally?

The new gameplay trailer shows some great graphics and a fair amount of different disciplines, but how vehicles will handle on the road/off-road is of course a different story altogether.

PC Games Network reports that developers Codemasters believes DiRT Rally might have been too intense for those picking it up for casual play. The trick for Codemasters seems to be how to stir these more hardcore elements into a broader mix, to make DiRT 4 more accessible. “Through this recipe, Codemasters are hoping that they’re going to end up with a game that is both instantly engaging for the casual fan and deep enough for the grizzled veteran,” PC Games Network writes. 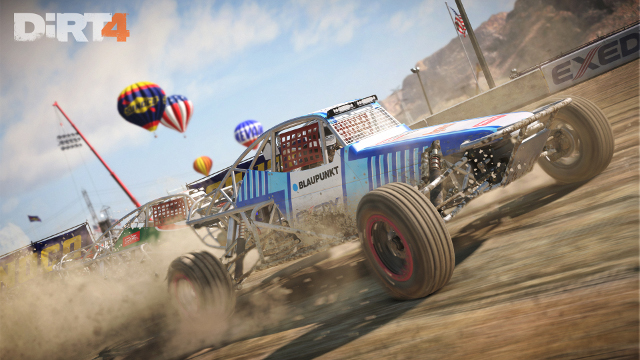 Whether DiRT 4 will get it right remains to be seen, with two game modes on offer - Gamer and Simulation. At least the new trailer sounds hot, with a licensed soundtrack to follow. There are more than 40 tracks appearing in the game, with Queens Of The Stone Age, The Chemical Brothers, Disclosure and The Amazons appearing amongst others.

Check out the trailer for DiRT 4 below to see if you will be coughing up moolah come 9 June 2017. It is set to release for PS4, Xbox One and PC.