If you've been watching the current series of Dragon Ball Super, you might be itching to put your skills to the test in a Dragon Ball game. As luck would have it, Bandai Namco has been working on one in the form of Dragon Ball FighterZ. The developer has been coy when it comes to the game's release date, but now a Twitter announcement reveals when FighterZ will be making its cross platform debut.

GET READY FighterZ! On Jan. 26th, DRAGON BALL FighterZ will be unleashed on your X1, PS4, & PC. Pre-Order your copy: https://t.co/jM9F6MOtFQ pic.twitter.com/dpY6dII7Mc

Bandai Namco's Twitter account has confirmed that FighterZ will be arriving on PS4, Xbox One and Windows PC (via Steam) on 26 January next year. Along with the release date, pre-orders for the game is available in select regions, with a standard and collector's edition among the options.

The standard version will grant gamers access to Super Saiyan Goku and Vegeta, but the collector's edition is where the good stuff is at. Priced at $139.99 (R1 922), it includes 7" Goku statue, steelbook cover for the game, three artboards and collector's box to house everything. 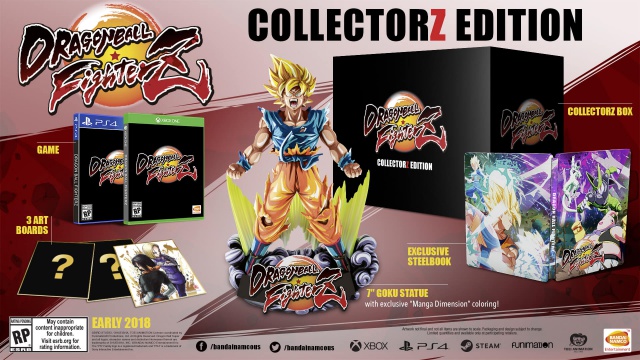 How deep into Dragon Ball lore this game ventures, remains to be seen, but hopefully we'll get to see some of the newer Super sagas, villains and transformations.

Puma Deviate Nitro
Is cybersecurity now as important as health and safety?