The Sasol Solar Challenge (SSC) has become a bit of an institution for engineering students looking for a major challenge. The 2020 SSC is now officially open for entries and this year boasts some interesting changes. Participants can look forward to a new route, changes in format, and a renewed title sponsor. So far, nine participants are already confirmed.

The seventh Sasol Solar Challenge will be held in September next year, once again challenging top young engineers from across the world to drive their fuel-less, cutting-edge cars across 2 500 km of South Africa’s public roads.

The SSC passes through the Northern Cape for the first time in eight years, and Bothaville, Kimberley, Bloemhof, Uitenhage, Kirkwood, Plettenberg Bay and Franschhoek have been added to the route for the first time. Competitors in 2020 will have to think on their feet on ‘blind’ days, when information regarding the route is withheld until the night before, forcing teams to strategise on the go. Experienced teams usually travel the route several times in advance to prepare for all challenges, but will now need to plan for the element of surprise.

The loops en route, which allow teams to rack up distance and get a lead on competitors, will also be much shorter in 2020. Spectators will have better opportunities to see the carefully co-ordinated, Formula 1-style pit stops in action, and the less experienced teams will have more time to troubleshoot as they stop in with their support team more often. 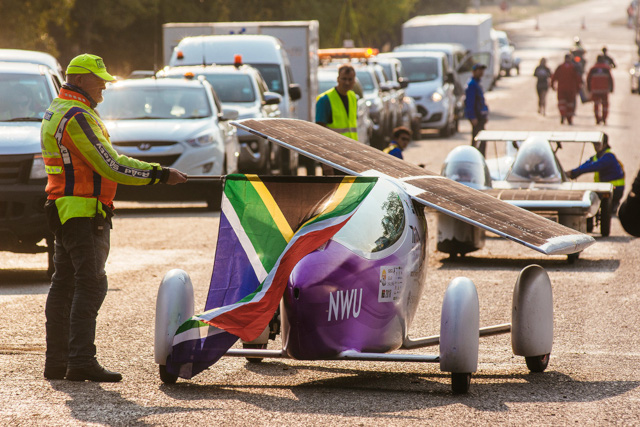 The SSC, held every second year since 2008, is a popular testing ground for the world’s leading teams to push new equipment to the limit. Sasol notes the SSC is widely regarded as the most difficult of more than a dozen such events globally, with the baking sun, violent storms, high winds, changing road surfaces and a record drop in altitude of nearly 2 000 m along the SA route some of the challenges faced.

“The 2020 Sasol Solar Challenge is once again an opportunity for our team to test and understand new technology we’ve developed,” says Tshwane University of Technology’s (TUT) team leader Johannes de Vries. TUT's car, Sun Chaser 3, topped the South African leader board with 2 397 km in 2018.The team is one of the nine already signed up for the event. Sun Chaser 4, which will compete in 2020, and is 25% more aerodynamic, and the team hopes to make it 20 kg lighter too.

Sasol is the title sponsor for the fourth year running, demonstrating its commitment to furthering science, technology, engineering and maths (STEM) education and inspiring learners to pursue technical careers. “We have seen this event grow from strength to strength over the last decade, and are proud to renew our sponsorship. The Sasol Solar Challenge brings maths and engineering to life in the eyes of the thousands of school children it reaches on its route, inspiring them in ways that textbooks simply can’t,” said Sasol’s group brand marketing manager ,Nozipho Mbatha.

The event typically draws more than 20 partners and sponsors, and the 2020 event has confirmed support from Sun International, C-Track and the Technology Innovation Agency (TIA). The 2020 event is also driven by a much larger management team. “We are looking forward to a bigger, better event in 2020 and encourage solar car teams, sponsors and partners from all parts of the country and world to get in touch with us,” said event director, Robert Walker.