Five of the best fan-made StikBot videos to date

Inspiration can strike from anywhere. It can also be difficult to come by, especially when trying something new. Hopefully StikBot can awaken that elusive creative streak, recently arriving in the country via Prima Toys. There's also the added incentive of the South African Make StikBot a Star video challenge, which closes on 10 October and has R20 000 in cash prizes up for grabs.

For those unfamiliar with StikBot, it's a posable plastic stick figure that allows you to create your own stop-motion films with the use of a smartphone and the included Zing Studio app, with StikBot enthusiasts the world over already submitting their videos to the StikBot Central YouTube channel. 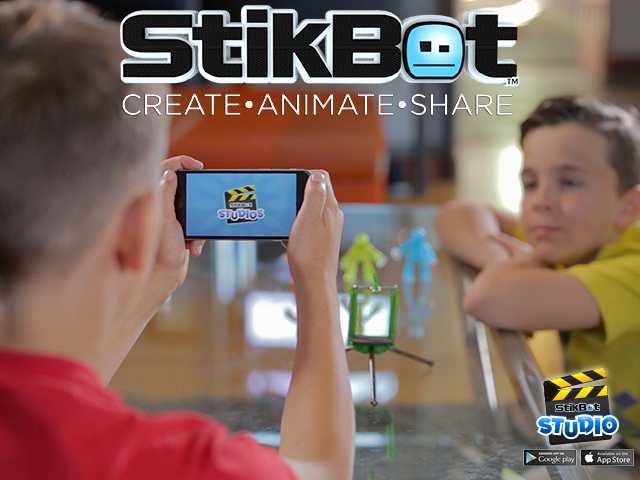 If you're still struggling for ideas, or are unsure of the kind of videos that the StikBot is designed for, we've trawled through the StikBot Central to uncover five of the best fan-made videos to date. Ranging from Your Friendly Neighbourhood Spider and a Alfred Hitchcock tribute, to an Easter Egg celebration and a quasi-Journey to the Centre of the Earth, there are a multitude of ways to put your StikBot to use.

It's been a while since a good Spider-Man movie has come around, but this upload from YouTuber CokieJam gives us cause for hope. Making use of several silver StikBots as henchmen, this video sees Spidey come to the fore as he foils a Green Goblin plan. The only thing missing from this video, are a few quick quips from our web slinging superhero. What's truly great about it though, is the effort that went into set design. There's also a making of video, showcasing the different techniques CokieJam used, which proves quite helpful.

One of the most iconic filmmakers of all time, Alfred Hitchcock has left quite the mark on cinema. His 1960 classic Psycho has been parodied countless times, and now a StikBot version has come to the fore. Created in black and white by YouTuber ambryt, it shows that young adults can also enjoy this stop-motion animation toy. Recreating part of that famous Psycho shower scene, this version turns the tables slightly. Hit play on the video below and enjoy.

Think Journey to the Centre of the Earth, but with StikBots. This entry from Dlamx is expertly voiced, featuring plenty of playful jokes as these two StikBots risk life and suction cup trying to retrieve as many gemstones as possible. Much like Spider-Man Stikbot video, this one features some superb set design, while also being well scripted. He may not be alive today, but we're sure Jules Verne would have approved of this StikBot short film.

Easter might be over, but this video is certainly still watchable. Light-hearted and fun, it reminds of the claymation Morph videos of a couple of decades ago. Created by the KidsFilmingClub, which has made a ton of StikBot videos, it sees a red Bot open up a few plastic Easter eggs and welcome a few new friends into the mix. There's also a mysterious gold Easter egg, but you'll have to watch the video below to see what it contains.

One of the first fan-made StikBot videos to garner millions of views (2.9 million to be exact), Paile Studios' StikBot Battle makes use of nothing more than a handful of Bots and a wooden staircase railing to create some of the best shots we've seen to date. Utilising the StikBots' suction cups and poseability expertly, this animated short is as impressive as the original videos that StikBot Central makes. Click play on this video and see the blue Bot reign supreme.

With StikBots available locally in Single (R129.99), Studio (R299.99) and Studio Pro (R459.99) variations, there's very little excuse for not getting a stop-motion animation career up and running. Hopefully the above fan-made videos inspired you, and soon we'll be seeing your creation on the StikBot Central channel.

To follow all of StickBot’s adventures here in South Africa, you can check him out on Instagram, Twitter,Facebook and of course YouTube. Also, don’t forget to stay in the conversation by using #StikBot_ZA on social media.