Ford working on getting electric minibus taxis to travel further

Could this be the future of the South African minibus taxi? Ford has revealed the new Transit Smart Energy Concept, 10-seater minibus which is helping the automaker explore solutions for maximising the energy efficiency and driving range of electrified vehicles.

One problem with battery-electric vehicles is that the travelling distance can be impacted by things like internal climate control. For local taxis climate control usually only means opening a window, so perhaps it’s not as pertinent. However, in colder climates for example, the cabin heating feature can reduce driving range by as much as 50% according to the company. 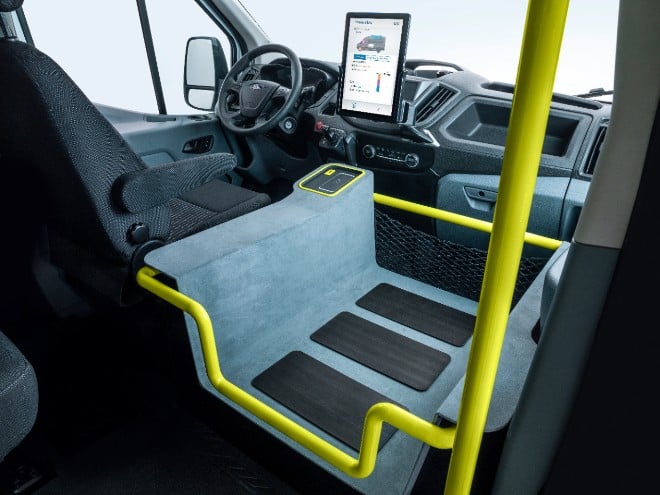 Innovations which enhance energy efficiency and driving range being tested for the first time include:

The driver can monitor the temperature status of all passenger seats from a tablet-inspired screen mounted in the centre console, which also gives an overview of the power savings. Two screens mounted behind the driver enable passengers to track the vehicle’s location, find out about points-of-interest, and receive news and weather updates. It’s clear that this is perhaps a much smarter minibus than one meant for a local transport system.

Future iterations of the concept are planned to enable the driver to control heating and cooling of individual seats, and deactivation of unoccupied seats. Automatic passenger detection, inspired by existing airbag deployment technologies, will also feature.