Call of Duty: Ghosts vs Battlefield 4

In less than two weeks Call of Duty: Ghosts will be blasting its way onto current generation platforms, scaring away our free time plans for the foreseeable future. Call of Duty: Ghosts transports gamers to a world in which an elite squad of soldiers known as the Ghosts lead the fight back against a newly emerged global superpower. Catch a glimpse of what it's like to be outnumbered and outgunned, but not outmatched, all to the tune of Eminem in the gameplay launch trailer posted below.

Not to be outdone, EA also fired a trailer rocket from its PR bazooka in the form of the single player story clip (posted below). This trailer shows how Battlefield 4 blasts its way onto the Windows PC, PS3 and Xbox 360 in a week’s time. Like, CoD: Ghosts it will also get a chopper lift onto next-generation systems later in the year (or as these arrive locally).

One FPS title towering above all others on our have-to-buy list is Titanfall, thanks to its fast-paced, blowing-up-stuff has never looked this good action and mechwarrior inspired combat mayhem. Titanfall is blasting its way onto the Xbox One, Xbox 360 and Windows PC on March 14 2014, at which time it will hit store shelves in South Africa. Catch a glimpse of how you will be leaping off walls and blowing up mechs with RPGs in the fast paced Angel City gameplay trailer posted below.

Rounding out this season’s Big Four of first person shooters, a new trailer for Killzone Shadow Fall has also taken aim at players’ attention. The story trailer below hints at some very convincing voice acting, a dramatic storyline, and of course, some exquisitely detailed vistas that should make sci-fi fans drool with anticipation.

Briefly, the game, which is looking increasingly alluring each time we see it, finds rival Helghast and Vektan factions living side by side under an uneasy truce on the planet Vekta. Suffice to say, all is not well, with the potential for civil war brewing and giving new meaning to the term ‘powder keg.’

Players will step into the shoes of the Shadow Marshal Lucas Kellan, and find themselves dealing with escalating hostilities before they envelop the entire planet. Hit the trailer below and see if you have just found your reason why you must own a PS4.

Say what you will about Nintendo and the proliferation of the Wii U, the fact remains that there are some particularly strong exclusives titles in the company’s catalogue. Hot on the heels of its HD release of The Legend of Zelda: Wind Waker HD, the company has alluded to the possibility of further high-definition remakes of older titles.

According to GameSpot, the creator of Mario, Shigeru Miyamoto indicated that the likes of Super Mario Galaxy and Super Mario Sunshine could receive similar treatment. Furthermore, should this happen (likely not by Nintendo, but rather by a third party) the games wouldn’t just be subjected to some HD spit and polish, but rather boast extra functionality to take advantage of the Wii U’s gamepad.

It’s an alluring proposition; as much as we would like to see the company releasing new games from its stalwart franchises (ie a HD Legend of Zelda) we would also look twice at an updated Mario Galaxy, or better yet, Mario Galaxy for the 3DS. 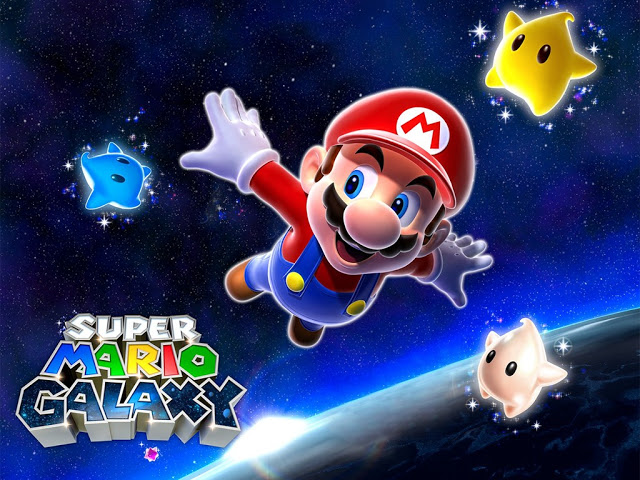 A PS3 version of the formerly PS Vita only Assassin’s Creed Liberation has been confirmed by Sony, and is due for release in January.

The game follows the exploits of a female assassin named Aveline and takes place in New Orleans. Aveline finds herself recruited by the Assassins in the fight against the Templars, as they try take control of the city following France’s handover of the city to Spain. To this end, Aveline can slip into different personas, namely Assassin, Lady and Servant to accomplish a variety of missions. Apparently, Assassin’s Creed Liberation HD won’t just be a carbon copy of the Vita version, but will instead boast a few extra missions across these personas that Aveline can adopt, making for a total of fifteen missions.

For those who didn’t already pick it up for the PS Vita when it came out, or don’t own a PS Vita, then the port will offer Assassin’s Creed fans another opportunity to play Aveline’s story. It’s set to cost $20 (R200); unfortunately though, it doesn’t look like it supports cross-buy. Hit the trailer below to see if this one strikes your interest.

For those who loved Rayman: Jungle Run on their iOS and Android devices, here’s a little good news - the sequel, Rayman Fiesta Run has been dated and will be jumping and singing its way to the Apple App Store and Google Play on the 7th of November.

The game will see the titular hero abandoning the jungle and plants that want to eat him for a Mexican themed run through some 75 levels, smashing pinatas and no doubt running from enemies that want to cook and then eat him. If it’s as half as good as Jungle Room, or even a quarter of fun as the wacky Rayman: Legends (review), we’d be marking it as a day one purchase. Judging by the prices Stateside ($3 or R30) it won’t be ridiculously expensive either.

Outrun the cops and boredom within Need for Speed: Rivals

Petrolheads will have a choice of racing game octane (arcade or simulation) during November when Gran Turismo 6 and Need for Speed: Rivals races onto store shelves. The latter drifts onto the Xbox 360, PlayStation 3, as well as Windows PC on 22 November and will then take a speedy detour onto next-generation platforms (Xbox One and PlayStation 4) later this year.

If you feel the need for speed, then cast your eyes on the new AllDrive gameplay feature trailer posted below to see what it looks like when Battlefield 4’s Frostbite 3 engine powers an arcade racing title.