The Last of Us scavenges up new multiplayer mode

What to do when your latest game has won all sorts of acclaim from various quarters? For many companies, the answer is go have a beer and pat themselves on their back repeatedly.

Naughty Dog’s response to the glowing reception received by The Last of Us (review) though, entails throwing players yet another juicy bone to snack on. The latest comes in the form of a meaty patch (1.03) which adds a new multiplayer mode to the game.

Called Interrogation, the new mode tasks teams with interrogating five enemies from the opposing team in order to find its lockbox, which is filled with precious supplies. Making matters a little more complex is the fact that interrogations (which don’t involve talking as much as beating information out of your opponents) take longer than normal takedowns, and leave players vulnerable to being interrupted.

For a more detailed breakdown of the new mode, take a look at the video below.

Fans of Borderlands can consider this the week they struck gold. To start with, Gearbox Software announced that it will be releasing a Game of the Year (GOTY) edition later this year. This apparently will be filled with all sorts of Borderlands 2 goodness, including the main game and its four pieces of DLC - Captain Scarlett and her Pirate’s Booty, Mr Torgue’s Campaign of Carnage, Sir Hammerlock’s Big Game Hunt and Tiny Tina’s Assault on Dragon Keep.

Additionally, for those who already own the game, the company released its latest patch this week, which brings an exhaustive list of game fixes across the board, and announced that it will be releasing the Ultimate Vault Hunter Upgrade Pack 2 early next month for $5 (R50). This joins recent news from Gamescom that Borderlands 2 will be shooting its way to the PS Vita next year. Now that is how you stay relevant.

Finally, just to make your week a little brighter, you can also mosy on over to this short film from Gearbox Software, which provides some backstory to Tiny Tina and the Assault on Dragon Keep.

Bound by Flame set to escape to the PS4

Of late, fantasy role playing games as a whole were apparently released by whatever dark demon was holding them hostage. The months ahead see a number of them coming to the fore, what with The Witcher 3: Wild Hunt and Dragon Age: Inquisition, to name a couple.

Another such offering is Bound by Flame, which has been confirmed for release on the PS4 next year. The game was more recently announced on the PS3, Xbox 360 and PC at Gamescom; however, those seeking to build up their games library on Sony’s next console (releasing locally on the 6th December) could add this one to their list.

The game’s mechanic sounds a little reminiscent of the excellent PS Vita offering, Soul Sacrifice. In Bound by Flame, players will have the chance to make a Faustian bargain with the flame demon which has taken occupation of them – sacrificing more of their soul in exchange for greater power. Doing so, though, will affect the player’s appearance as well as the world around them.

Alternatively, they can reject the demon and instead rely on their own talents, working their way through unlockable skill trees. A more difficult choice for those on the PlayStation platform may be whether to succumb to the game’s advances on the PS3 later this year, or wait until next year for the PS4 version. Decisions, decisions… 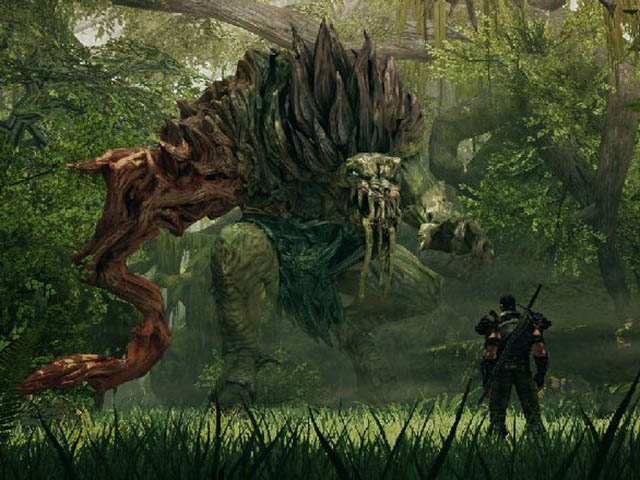 A new, exquisitely detailed CGI trailer for a massive multiplayer online World War 2 game has been unveiled, marking its imminent landing on the PS4. The game, which currently has three million PC players, will enable players on the next gen console to battle it out on land, sea or by air against their PC counterparts.

If nothing else though, the trailer is also sharply reminiscent of Pearl Harbour, (the movie, not the place) in tone, and shows the drama and gravitas of war. Aim your sights below for a better look.

The time is nearly upon us for game of the year contender Grand Theft Auto V (GTA V) to hijack our gaming schedules for the foreseeable future when it launches on the PlayStation 3 and Xbox 360 next month.

This open-world adventure game players has players filling the boots of not one but three playable protagonists by the names of Michael, Trevor, and Franklin. Rockstar Games has now released the game’s official launch trailer. Shoot the play button below for more.

Time to fear the dark once more

In the aftermath of the gaming brainfart that was The Walking Dead: Survival Instinct (review), zombie and survival horror fans have been scouring the horizons for a worthy title to spend their post-apocalyptic loot on. One of the most exciting contenders is Dying Light from Dead Island developer Techland, which will be released next year for Windows PC, Xbox 360, Xbox One, PlayStation 3, and PlayStation 4.

This first-person, action survival horror game, sees players bravely venturing out into an expansive open-world urban environment overrun by the brain-loving walking dead, and must scavenge the world for supplies or craft weapons to defend themselves.

At night though, the name of the game is survival as zombies become way more ferocious while bigger, badder creatures awake from their daytime slumber. Hit the button below to cast an eye on the gameplay footage.

Living life a quarter mile at a time with The Crew

Racing fans looking for something different might want to check out The Crew. The game sets itself apart courtesy of some team based open-world gameplay. According to Ubisoft, The Crew’s online world will blur the line between the game’s single-player, multiplayer, and co-op gameplay.

Players form racing crews and have to raise the reputation of their outfit by completing challenges such as having one crew member taking part in an illegal street race, while another races in a time-trial challenge against a ghost car for instance. Check out the intriguing gameplay trailer posted below for a taste of the petrol-fuelled racing action.