Sony’s PlayStation 4 and Microsoft’s Xbox One have quite a few exclusives between them, but one of these we are most excited about is Ryse: Son of Rome which will only be available on the Xbox One. This action-adventure title looks to be in good enough shape to slay all other gaming opposition before it.

If, like us, you have been patiently awaiting Quantic Dreams’ forthcoming Beyond: Two Souls, then here is some news to pique your curiosity – a demo for the game is only a few weeks away. Apparently, the game demo, which is slated to become available on the 2nd of October, will offer players a glimpse into two of the game’s scenarios.

The first of these, Jodie and Aiden, will see a young Jodie participating in experiments at the Department of Paranormal Activities, and familiarise players with the mysterious being that accompanies her. The second slice of the game, Hunted, will provide players with a glimpse of Jodie’s escape from the government; as well as taste of the entity (Aidan) flexing its superpowers.

The good news is that if players like what they see after playing the demo, they won’t have to wait very long to see Ellen Paige and Willem Dafoe flaunt their acting prowess in the full game. Beyond: Two Souls is slated for release on the 11th October.

Also worth worth your time is the Behind the scenes motion-cap video below, which gives an inkling into a bit of what went into making the game.

Are you a better team boss than The Special One José Mourinho?

FIFA 14’s main appeal might lie in running out on the virtual pitch to take part in the beautiful game, but there are some players who prefer to rather fill the shoes of manager. EA has released a new manager mode teaser trailer (posted below) this week, showcasing some of the features gamers can look forward to as they attempt to emulate the successes of managers the likes of Sir Alex Ferguson.

A demo of FIFA 14 will be available next week (11 September) for download for PS3, Xbox 360 and Windows PC. The full game hits local stores on 27 September for the Xbox 360 (with Kinect support), PC, PS3 (with PS Move support), Nintendo Wii, PS Vita, PSP, and PlayStation 2. The game will also be available on Xbox One, PlayStation 4, and mobile platforms later this year.

Rayman: Legends Vita port to be patched and fixed

When Rayman: Legends (review) released last week, it quickly became clear that the game was something special. However, the Vita version, which to date has only been released in the US, and is arriving here next week, landed itself in a bit of hot water.

Apparently, players noticed that the port was actually missing a chunk of content, namely all 28 Invasion levels found in Invasion mode. These are essentially timed retakes of existing Rayman: Legends levels.

Thankfully though, Ubisoft’s communications manager, Gary Steinman, explained that the levels weren’t initially include in the Vita version owing to a longer than expected development time.

Those players who still have their heart set on bedecking their Vita with Rayman: Legends’ madness when it arrives here next week will be glad to know that Invasion mode will be added into the Vita game via a patch at a later date. 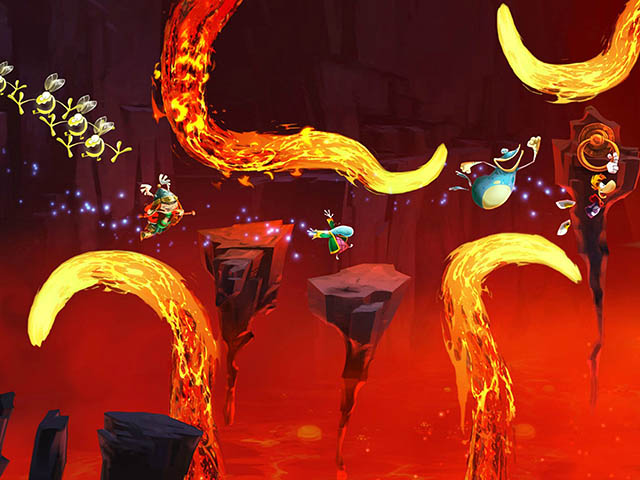 Last piece of DLC announced for Call of Duty: Black Ops 2 on PC and PS3

Apparently the end is nigh in more ways than one for Call Of Duty: Black Ops 2 (review), as its developers confirmed that its fourth and final DLC pack is inbound for the PS3 and PC.

Xbox 360 players already had their Black Ops 2 fix last month, for those not on that platform though, the DLC gives other console and platform owners a chance to get in on the action, when it launches on the 26th of this month.

As was the case on the Xbox 360, players can expect a number of new multiplayer maps, as well as zombie horror and a blast from the past.

On the former front, the DLC pack will bring four multiplayer maps to the game, including Pod, which is set amid a failed utopian community from the 70s that is nestled into an abandoned cliff side in Taiwan; and Frost, which pits players against each other in a snow-capped European city. Also on offer will be Takeoff, which will force players to fight up close and personal on a launch site in the Pacific ocean, and finally Dig, set on an archeological dig site in Afghanistan.

However, the content we are most hunkering after is Origins, which will bring back the Shambling Dead in a Dieselpunk-stylised World War I-era France. Also rising from the buried memories are the original heroes – Tank, Nikolai, Takeo, and Richtofen – from the first Zombies map featured in Call of Duty: World at War.

The developers have tantalised that in addition to dealing with an overrun French countryside, Origins will also include “the ruins of an ancient and mysterious location.” Zombies, ruins and the French countryside all in one? Yes please! Hit the trailer below for more.

Ahoy there Game of the Year contender

Ubisoft will be looting a huge part of our gaming time this holiday season thanks to Assassin's Creed IV: Black Flag. In the latest gameplay trailer, game director Ashraf Ismail gives us a tour of some of the in-game Caribbean locations. Along the way Ismail demonstrates the role tavern fights, underwater shipwrecks, harpooning, and smuggler's caves, amongst others, that players will encounter in AC IV: Black Flag.