Is there any finer sound in the gaming world than hearing "Fatality" during  Mortal Kombat? It's a not so subtle reminder that you have instilled all manner of pain and anguish on your opponent. In a bid to offer ways to deal killer blows, NetherRealm has added two more fighters to the ever-growing roster of Mortal Kombat X, as it primes for release on 14 April. Joining the blood spattered action are Mortal Kombat veterans Reptile and Ermac, and just like any noteworthy MK character, they bring their own distinct flavour while fighting to the death. 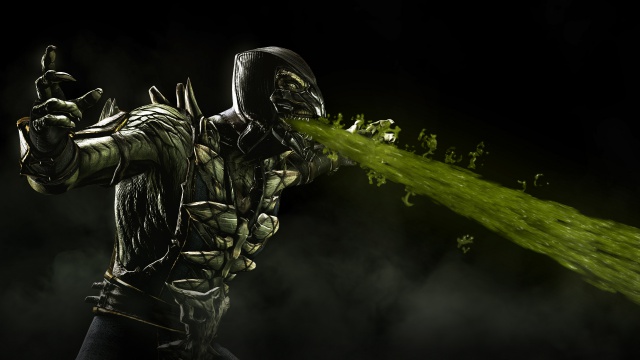 Reptile, as the name would indicate, sports camo green snake skin, good enough to make any leather jacket wearer jealous. He (were assuming he's a he) has also seen fit to adorn himself a protective chest plate, which features large crocodile teeth. The real party piece however is his black head mask, the lower portion of which is removed during battle and allows his venom-based attacks to come to the fore. Along with spewing poison, Reptile has a suitably long tongue, good not just for licking ice cream, but also ripping an opponent's head clean off their shoulders. 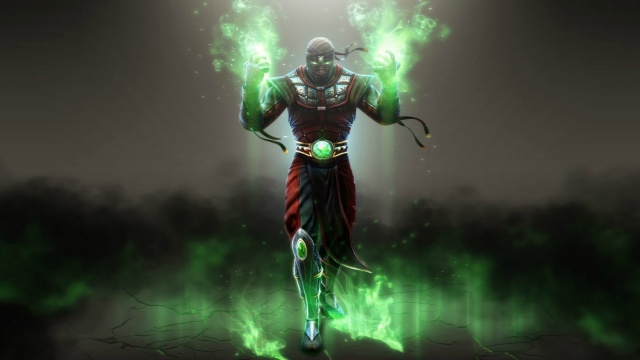 Not be left wanting is Ermac, a mystical fighter who can channel his telekinetic abilities or energy projections to inflict damage. As evidenced by his garb, Ermac's more conventional fighting moves follow the Ninja vein, and look similar to those of Sub-Zero and Scorpion. Ermac is a particular favourite among fans, as his telekinetic abilities can lead to some rather gruesome fatality kills. One for example, sees him levitate his opponent before contorting their body and break all their bones.

Although no trailer has debuted for Ermac yet, you can see Reptile in action in the one below, if you still need some convincing on whether or not to get your hands on Mortal Kombat X.

The thrill of getting an enemy caught in the middle of their sniper scope seems difficult to beat. With COD: Advanced Warfare stealing much of the FPS shine last year, EA is hoping that Battlefield Hardline can do the same in 2015. With a release date just two months away (19 March 2015), a multiplayer beta is set to debut next week and showcase the past paced and frantic action gamers will expect it to deliver. 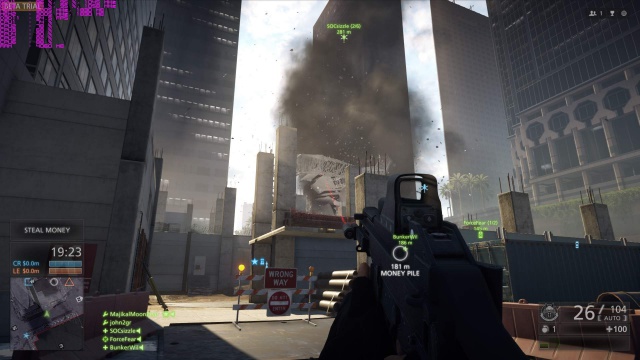 The multiplayer will feature a cops vs. robbers style gameplay, and will run for six days from 3 to 8 February. It will be available on virtually every platform, including Windows PC, PS4, PS3, Xbox One and Xbox 360. Three maps will feature in the beta, as well as a unique Hotwire mode, where two teams will attempt to retrieve stolen cars located all over the map. The other mode - Heist - will be far more familiar, and will see gamers try to pull off a successful bank robbery, as well as evade the Fuzz. The last gaming mode of note is Conquest, which is basically a free for all, pitting anywhere up to 64 players against one another.

Check out what this beta has in store by clicking on the trailer after the break.

Dragon's Dogma is the new MMO title from Capcom, and as you may have guessed, hunting down dragons with friends play a pretty central role in this one. For a better comparison, think Dragon Age meets Monster Hunter, well at least based on the evidence of its first trailer.

The game itself is free-to-play, although no news on whether those pesky in-game purchases will crop up. Capcom has also stayed mute on any release date, with a non-specific 2015 time frame being detailed. 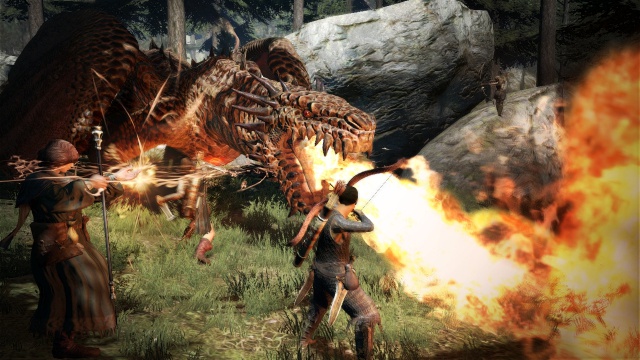 Along with rallying you mates to join you in some monster killing action, there will also be World of Warcraft style social towns to meet and greet other players. As far as availability for Dragon's Dogma goes, there’s some bad news : it's a Japan-specific title at this stage according to Capcom, with a cross platform release on the PS3, PS4 and Windows PC.

Life is Strange is strange, but its trailer is great, is great

One (downloadable) episodic game that has generated a fair amount of buzz of late is Life is Strange.

Amid the acclaimed episodic entries from Telltale Games, which have done work to great effect on some familiar franchises (The Walking Dead, Game of Thrones), Life is Strange is the new kid on the block. 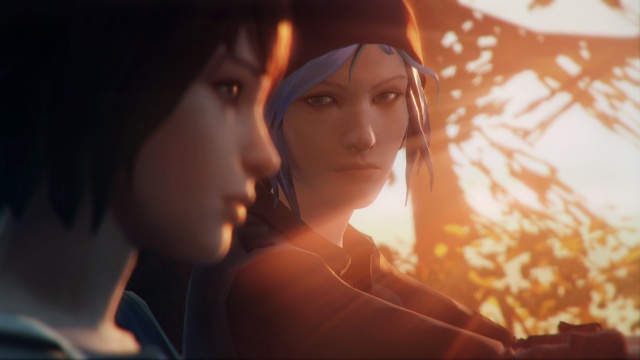 This is a similarity it shares with its young teenage protagonist, Max, who appears to have moved from Seattle to Oregon under some mysterious circumstances.  For one thing, Max can rewind time, and give herself (and thus players) a 20 minute do-over to make different choices and see how they play out.

Life is Strange, from developers Don’t Nod, is set to release on the PS4 and PS3 this weekend, and will span six episodes. Take a look at the trailer below and see if you will be rewinding your perspective and revisiting the angst ridden hell otherwise called adolescence from the safety of your couch.

Indiana Jones, Harry Potter, the Lord of the Rings and Jurassic Park are all great franchises, however, only one of those hasn’t been immortalised in that well loved building block game phenomenon called Lego. That is, at least until now, with the latest announcement being that the first three Jurassic Park movies, along with some levels from the forthcoming Jurassic World, will finally be given its own game.

Why dinosaurs and Lego haven’t been married together before is beyond us, especially considering the raptors’ propensity from happily breaking their hapless victims bodies into divisible part. And apparently because Warner Bros doesn’t want any geek – at all, whatsoever, anywhere – to feel left out, the company also confirmed that Lego Marvel’s Avengers is also on its way. It’s ok, grab the defibrillator, we’ll wait. 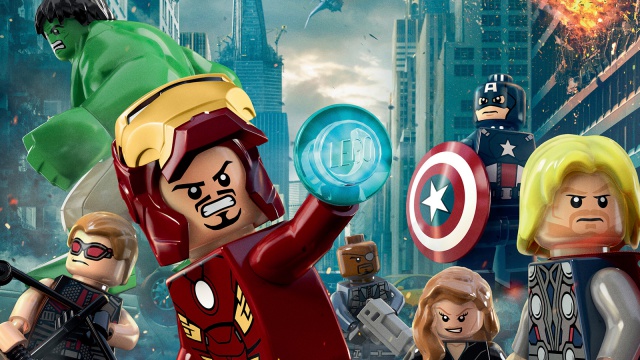 This will apparently follow the events from the first Avenger movie and its followup, Avengers: Age of Ultron. Here’s the even better news – both games will be available on pretty much all platforms, including PlayStation 4, Xbox One, Wii U, 3DS, PS, PlayStation 3, Xbox 360, PC and even the Rodney Dangerfield of the console world, which “ain’t get no respect,” the PS Vita.

Here there be Heroes (of Might and Magic III)

Hear ye, hear ye, fans of old! Harken your mind back, way back, before next gen had conquered thine eyes.

In case revisiting high school wasn’t enough of a dose of nostalgia for you, here’s another,  and this one is also free (Friday makes us generous). Heroes of Might and Magic III HD: The Restoration of Erathia (no really, that is it’s full name), is newly remastered but still so nostalgically familiar in terms of gameplay. 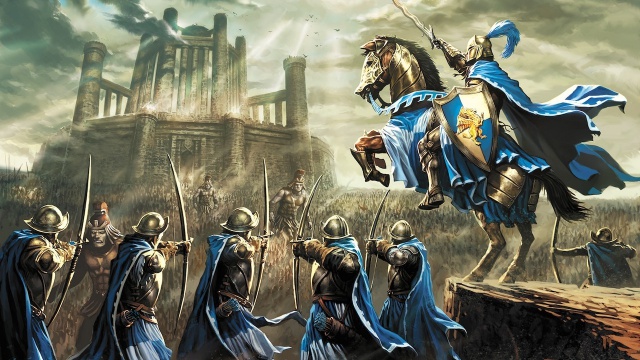 It’s also finally available on Steam as well as Android and iOS. Expect to pay R120 for the latter. The original game, which is wholly intact, dates back to 1999. If you are curious to see how a relic from the last century can hold up (which we suppose, if you are older than 15, you qualify as being too) then don thy armour and point thy noble steed at the trailer yonder.