Game developers for the upcoming Mortal Kombat X, NetherRealm Studios has released a new gameplay trailer featuring the Thunder God himself and protector of the Earthrealm, Raiden. In the trailer below, Ed Boon of NetherRealm narrates as Raiden takes on one of the newer characters Kotal Khan, a Mayan-inspired Sun God.

One of the key new features is the ability to pick and choose from different fighting forms for each Mortal Kombat character in the pre-fight screen. In the case of Raiden, these include Thunder God, Displacer and Master of Storms. Thunder God mode increases Raiden's lighting powered abilities and allows him to string together multiple lightning-based attacks. The Displacer variation gives him the added function of short distance teleportation, while the Master of Storms mode can create lighting traps to contain enemies and control the tempo of a match.

Similar modes will be given to all the Mortal Kombat X characters, but based on the hiding Raiden gives to Kotal Khan, it's clear that he will continue to be a fan favourite when the game drops in 2015.

Assassins Creed Rogue gets release date for PS3 and XBox 360

While many next-gen console gamers will be awaiting the 28 October release date for Assassin's Creed Unity, Ubisoft has detailed a new game for PS3 and Xbox 360 users titled Assassin's Creed Rogue. The new title is scheduled for worldwide release on 11 November, further extending the naval gameplay elements from previous Assassin's games.

Along with a host of new weapons and character upgrades, gamers will get the chance to join the crew of a new ship named the Morrigan, as Rogue's story takes place during the 18th century. The main protagonist in all this, is a young templar, Shay Patrick Cormac who begins to hunt down and kill brotherhood members after they betrayed him.

To amp up the anticipation surrounding this new addition to the Assassin's Creed franchise, Ubisoft has also released a trailer detailing with cinematic precision the manner in which Shay eliminates his victims.

BioShock gamers will once again get the chance to explore the ruined underwater remnants of Rapture as they try to evade Big Daddies, this time round from the view of their preferred iOS device. Game developers, 2K has announced that the original BioShock will be making its way to a host of newer iOS sporting devices, including the iPhone 5 and up, iPad Air and iPad 4.

As with the original version, gamers will be exploring the once great city of Rapture and experience the FPS gameplay that made the original so popular. So much so that when BioShock was released in 2007, it took home more than 28 gaming awards worldwide.

2K have not disclosed the price gamers will have to pay in order to play the iOS version of BioShock, but simply state it as "premium priced". 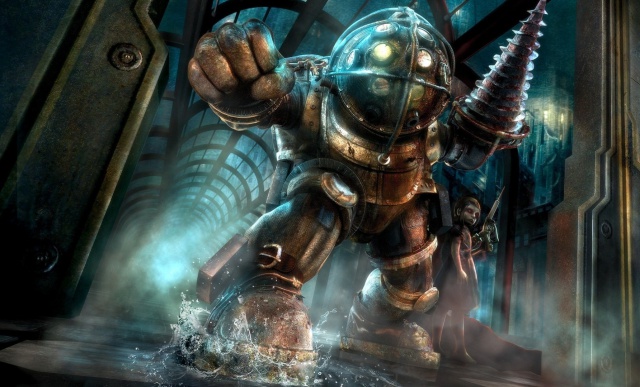 Evolve pushed into next year

It was bound to happen – at least one highly anticipated game was sure to be felled by the delay curse that stalks new forthcoming games every year, and this month, it is Evolve that has been hunted into 2015.

The four player co-op game was originally slated for release on PS4, Xbox One and PC in October, but Take Two and developers Turtle Rock have confirmed that instead it will only debut in February next year.

Apparently the game will benefit from the extra development time, which is not always a bad thing. However, games that are delayed and cite spit-and-polish as the rationale tend to be subjected to greater scrutiny when they do come out, and the excuse that there wasn’t enough time to crush a particular bug becomes null and void. In the meantime, you can console yourself by feasting on the trailer below.

Sony Computer Entertainment Europe announced a wealth of new bonus content for LittleBigPlanet 3, enabling players to give the personal touch to their Sackboy when the game releases.

More specifically, players pre-ordering the game will be able to dress Sackboy up as Nathan Drake, a Helghast, infamous 2’s smoke-shifting superhero Delsin Rowe or Ellie from The Last of Us: Remastered. Furthermore, LittleBigPlanet 3 has apparently worked with EA Games and Bioware to offer players the Dragon Age: Inquisition Costume Pack, which gives players access to a range of licensed costumes for the game’s entire cast of characters including OddSock, Swoop, Toggle and of course Sackboy.

Additionally, the ‘Mythical Creatures’ and ‘Hidden Animals’ costume packs will also be made available, each featuring four outfits, allowing players to transform Toggle into a yeti or turn Swoop into a firebird. 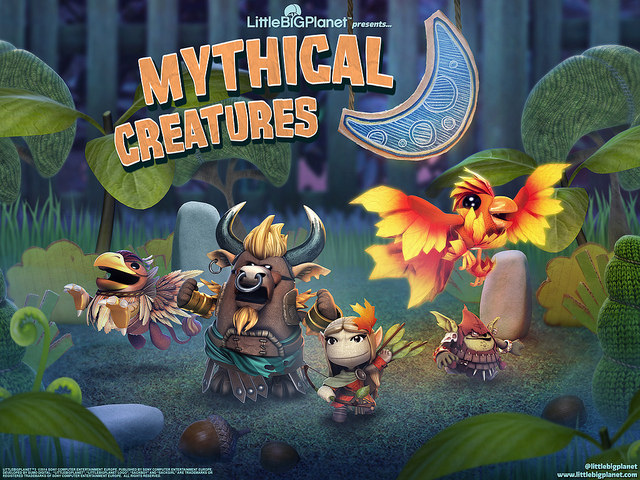 If you have fond memories of American McGee’s Alice, or the followup, Alice: Madness Returns, love Tim Burton or dive headlong into twisted fairytales in general, then GRIN’s Woolfe: The Red Hood Diaries may be just up your alley. The studio appears to be receiving a healthy response to its Kickstarter campaign, having garnered 20% of its target in its first day, and looking at the trailer below, it’s not difficult to see why.

The game, which is being billed as an cinematic action side scrolling platformer, looks and sounds enticing, twisting the classic fairytale by making The Big Bad Wolf a corporation with an evil CEO, and Red Riding Hood, with the aid of a trusty axe and army of toy soldiers, appears set on giving a much more literal meaning to the term “head of the company.” The game is gearing up to release on Steam, PS4 and then Xbox One next year. Take a look at the trailer below for a more intimate look.