Earlier this week, the onslaught of the end of the year blockbusters continued, as Far Cry 4 was launched (aptly enough at an outstanding Indian restaurant in Lonehill) and as of this week, is now available.

The question you may be asking yourself though, is it worth your time and money, particularly as there are no shortage of titles vying for the same privilege.

Based on our time spent playing the game at the launch though, we would have to say most definitely – the game’s world looks spectacular, reminding us in all the right ways of the mountain village setting in Uncharted 2, only much more expansive and beautifully detailed (at least on the PS4 version we played).

It quickly became clear that there are a number of ways to play the game, from sneaking, distracting and silently disarming guards, liberating wild animals to take down your enemies for you or just mowing them down much more overtly. It seemed to us as though the list grew longer the more we played, with a myriad of ways to explore and traverse the beautiful locale.

In case you’re still undecided, take a look at the latest and newest trailers for the game to well, curry your favour.

Extending the functionality of its extensive gaming library, Sony's PlayStation TV has officially landed on South African shores through Ster-Kinekor entertainment and a number of select retailers, including BT Games, AnimeWorx and Incredible Connection. Slapped with a R1 500 price tag for the standalone PlayStation TV unit, gamers can also purchase it along with a Dualshock 4 controller for R2 200.

What makes the PlayStation TV particularly enticing, is that it leverages off of a gamer's existing PS environment. This means that gamers can port their PS4 content from their normal TV and play compatible games via Remote Play, which should also also be making an appearance in a few weeks. Added to this, one can play a host of PSP, PS Vita and PS One specific titles on their large screen TV thanks to this new device. If you're not quite ready to bite the bullet and buy yet, check out the video after the break and head here for more info.

Middle Earth: Shadow of Mordor it seems, is the gift that keeps on giving, as this week Warner Bros. Interactive Entertainment announced that the Power of Defiance bundle is now available free of charge. The latest piece of DLC includes a new Lithariel character skin, Challenge Mode and Epic Rune for the game.

More specifically, it means that gamers will be able to play as Lithariel, daughter of Lady Marwen, Queen of Nurn. In the Test of Defiance Challenge Mode, players will be be able test their mettle by facing “the ultimate test” to their warrior prowess as they defeat Sauron’s Warchiefs without cheating death or relying on the power of the Wraith. Finally, the Epic Rune on offer - Defiant to the End - will grant players an additional last chance to return to the fray in combat.

The Power of Defiance bundle is now available via a free content update for Xbox One, PlayStation 4 and Steam.

Sony punts its PS4 for the holiday season

With the December holiday season just around the corner, an annual war of a different nature is afoot, as console makers start competing for prospective new buyers’ moola. To this end, Sony has fired the latest salvo, releasing its newest promo video asserting why it believes the PS4 is “the best place” to game this holiday season.

Destiny’s Dark Below trailer trailer leaks onto the internet

Ah Destiny, we suspected from the outset that there was more to you and your story than met the eye. It seems our suspicions were well founded, as the trailer for the game’s DLC, entitled Dark Below, has been leaked.

Story wise, The Dark Below will apparently focus on a nefarious plan (aren’t they always?) by the Hive to awaken Crota, a god who apparently hasn’t had his morning cup of coffee. Additionally, it will also give players access to the Sparrow vehicle, which is capable of performing tricks at high speeds (in case planet hopping and trying to survive alien onslaughts doesn’t rev your adrenalin up enough already). The DLC  is slated for launch on the 9th December , and is part of the Season Pass, or alternatively will be available $20 (R200). Take a look at the trailer below.

Remember Batman: Arkham City? It's hard to believe that it's been a little over three years since it first debuted. Apart from striking fear into the hearts of Gotham's criminal underworld, the numerous Easter Eggs littered throughout the game was a big reason why gamers kept coming back to it. Now, a new Easter Egg has been discovered, involving the Calendar Man. What makes this Easter Egg particularly noteworthy, is that it hints at the Arkham series' possible ending.

Gamers can check out this cryptic conversation for themselves, should they still have a copy of the game at hand. If not, click on the video below courtesy of YouTube account Batman Arkham Videos. In it, we are made privy to a conversation with the Calendar Man on 13 December 2004, which coincidentally is a round the same time as Rocksteady Studios (the developers behind the Arkham series) founding. The Calendar Man eludes to the series end, which we can only assume to reference the June 2015-slated Arkham Knight title.

We detailed Bloodborne's delay last week, much to our disappointment, given the game's intriguing gothic stylings and Dark Souls-esque feel. In an effort to tide anxious gamers over, developers From Software has released a series of in-game images and concept drawings via PlayStation's blog. Among the images are same terrifyingly beautiful environments that gamers will encounter when Bloodborne releases at a tentatively dated late February/early March next year. 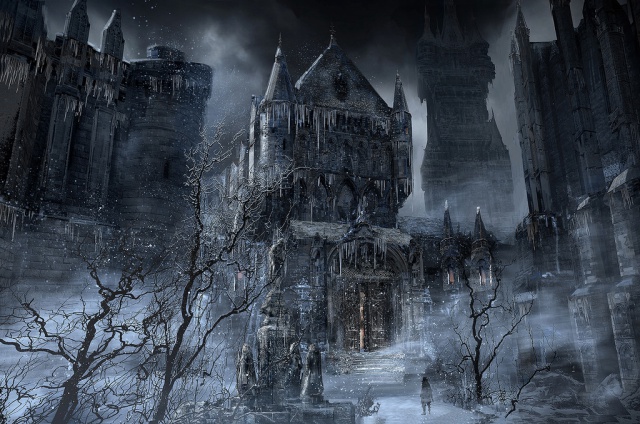 Some of the heavily weaponed Hunters and Priests of Bloodborne are also showcased, again serving as a teaser for what gamers will be able to try out in a few short months. As Japanese game-maker From Software continue to fine tune Bloodborne, we can only hope that all the extra effort will result in a game as good as its Dark Souls counterpart. 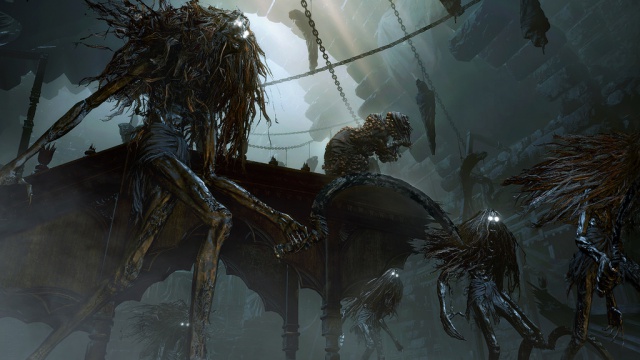 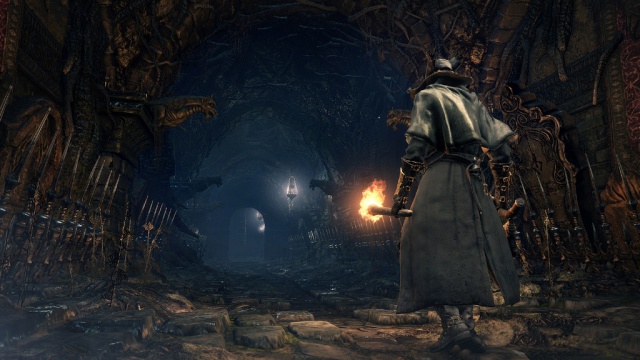 The launch of Assassin's Creed Unity has been marred somewhat by a large degree of glitches and frame rate issues. While these are regrettable, they have also resulted in a great number of online videos detailing gamers' ill-fated escapades. Still to finish our own review of the game, we are yet to confront any issues, such as Assassins without any faces, scaling physics-defying buildings, or jumping into white vacuums of nothingness. In an effort to not only address the issues that some gamers have already experienced, but also ensure that anyone looking to purchase Unity does not suffer the same problems, Ubisoft has released a slew of patches to resolve everything.

In a recent statement by Ubisoft, it was noted that their team has been hard at work fixing any problems that gamers have been experiencing with their own Unity characters. If you've had any glitching issues with Assassin's Creed Unity following the many patches, please let us know in the comments section below.

Joining the ranks of the year end blockbusters like Middle Earth: Shadow of Mordor, Alien:Isolation, The Evil Within, Far Cry 4, Call of Duty: Modern Warfare and the next entry in the Assassin’s Creed franchise, all having released in the last couple of months, there is Dragon Age: Inquisition.

Judging by the trailer below Bioware’s latest role playing game makes fine company, and initial reports are that the Dragon Age franchise has returned to fine form after the somewhat disappointing second installment. Anyway, take a look at the launch trailer below for yourself, then remember to pick your jaw up off the floor.