So the numbers are in, and it appears as if Activision's COD: Advanced Warfare has come up tops, as far as worldwide sales go for 2014. It's a pretty impressive feat, considering the game only released at the start of November, leaving two whole months in order to bag first place. The numbers come courtesy of NPD, a market research group that collated all sales from physical purchases across the console, portable gaming and PC formats.

Rounding out the top three, according to NPD is Madden 15 and Destiny (review), placing second and third respectively. The American Football title has carved a loyal following for itself over the past 25 years (in the States mostly), and also falls under the EA Sports label, providing a rather nice feather in the developer's cap. Although official statistics per game were not detailed, NPD did report that total video industry sales (excluding digital sales) totalled $13.1 billion during 2014, up by from 2013's $12.94 billion mark.

Also interesting was the finding that physical game sales on next-gen consoles (PS4 and Xbox One) surpassed those of their predecessors (PS3 and Xbox 360) by almost 65% over a 14 month period last year. Other titles featuring in the top five were GTA V (review) and Minecraft. 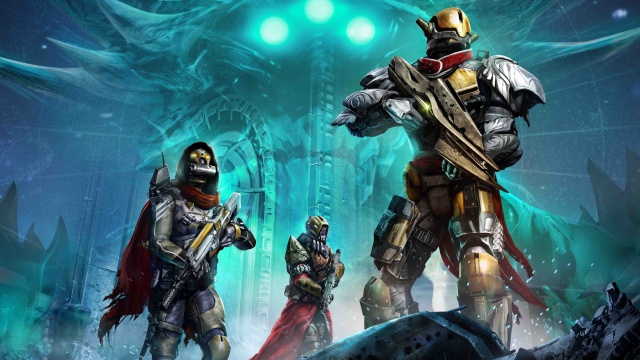 Set for release in April this year, NetherRealm Studios has unveiled a new gameplay trailer to heighten anticipation for Mortal Kombat X. On the whole it did not disappoint, featuring all the gore and bloody fatalities that made the game such a firm arcade favourite over a decade ago.

Compared to other Mortal Kombat titles, X aims to go back to its roots, keeping the action during fights tight and in your face (before someone rips it off of course). One thing that the new game will integrate however, is a choice of player modes, three to be more precise. Each mode will imbue one's fighter with a particular set of skills, whether that be defensive, ranged attacks or stringing together multiple combos. As such, this will give gamers a bit more to explore, as well find their niché for each Mortal Kombat X character. 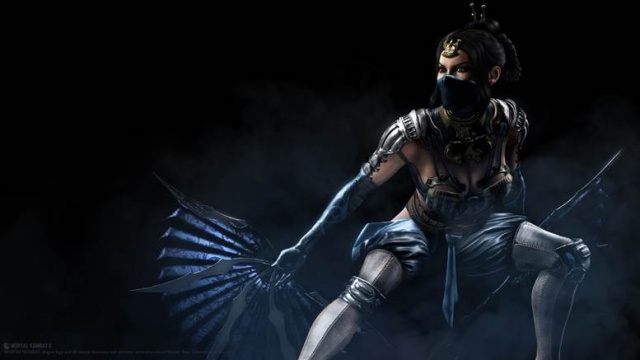 Apart from severed heads and x-ray style cut scenes, the gameplay trailer also gave a glimpse at some other characters gamers will be able to enjoy, outside of usual fan favourites Scorpion and Raiden. Chief on display were Kitana and Kung Lao, who made their first appearance in the franchise in Mortal Kombat 2. Another easter egg was found at the end of the trailer with Goro making a menacing appearance. He (along with his four arms) will be part of an incentivised pre-order package, currently available here.

It's been a hard winter for the Goths, as crops wither and the impending arrival of the Huns has forced this nomadic tribe to reassess their options. As such it proves an important turning point for this tribe in Total War: Attila. This is a point that developers Creative Assembly have tried to hammer home in the latest trailer for Total War: Atilla, titled Black Horse.

In it, the Goths are driven from their native homeland by war and a harsh winter climate. Their only refuge lies in the fertile lands outside Rome's walls, bringing into focus the "migratory horde" gameplay of Total War: Attila, where nomadic tribes capable of roaming effectively hold more sway than the static towns of previous Total War games. Check out the rather bleak new trailer for the game, as well as the horde element, before its scheduled release on Windows PC come 17 February.

With the open beta for Xbox One Evolve gamers underway as of yesterday, Turtle Rock studios released a large cache of news surrounding the game ahead of its 10 February cross-platform debut. This news comes in the form of a new monster joining the Evolve roster, named Behemoth. As the name would indicate, this is a rather gargantuan monster that takes quite a bit of firepower to take down. It can also roll up into a large boulder and crush would-be hunters Indiana Jones-style.

Those tempted to play as the Behemoth, will have to pre-order Evolve or purchase the Deluxe Edition in store. If neither option appeals to you, the Behemoth can be purchased in-game for $15. Added to the Behemoth will be four additional hunters via the game's Season Pass, set to cost users a cool $25 in all.

For those wishing to get the full Evolve experience, the Deluxe Edition is well worth a gander. Those purchasing the Deluxe Edition as a digital download will receive all the main game's modes, as well as the Season Pass. Added to this is the Monster Expansion pack, which includes all four monsters as well as three monster skins. Check out the Behemoth in action in the trailer below.

Ahead of the forthcoming DLC, Scholar of the First Sin (arriving in April), the company has announced a new patch for Dark Souls 2, which offers a slew of gameplay enhancements and will be slithering onto consoles in the first week of February.

Some of the more notable enhancements include more frequent Awestone drops, decreased load times (on the PS3) and a newly available item called The Agape Ring. When equipped, this will absorb souls from kills made during online play. Additionally, the patch will also streamline players’ ability to connect with other players online, with the top three areas where players can connect with each other being highlighted at the bonfire warp selection screen. Furthermore, white phantoms will linger longer in other players’ worlds, rather than being in quite such a hurry to depart.

Just about the only fix not implemented by this patch is the one for your ego, for when you get your rear-end handed to you for the nth time.

Brace yourself - there’s bad news and then there is good news. The bad news is that Resident Evil: Revelations 2 has been delayed. The good news is that it is only by a week, from the 17th February to the 25th. The full retail version of the episodic title is then slated for the 20th of March.

As far as delays go, this one is particularly mild, and is apparently due to some further spit and polish being applied to the title (hopefully not literal spit, but considering it is a zombie survival horror title, that’s not entirely impossible).

Of course, we can’t help feeling a little bemused; when we think of game delays of planned episodic titles, we tend more to think along the lines of Valve and Half Life 2 Episode 3. Eight years – now that is a delay. A week? We suspect even the most instant-gratification enmeshed gamer will survive.

Now here is an unlikely mash-up: prehistoric times with zombies. Judging by the latest update to the popular Plants vs Zombies 2, PopCap for one sees absolutely nothing wrong with this combination, as the new Frostbite Caves update will have players pitting their carefully planted botanical army against zombie cavemen. That is, zombie cavemen throwing snowballs, and zombie cavemen riding dodo’s (a sentence we never, ever thought we would have cause to write in our lives). Now, if that is not enough ridiculous weirdness to spice up your Friday, then just take a look at the trailer below. Words fail.

The free update, which brings Frostbite Caves Part 1 is now available on both iOS and Android versions of the game.