If there's one thing that we love more than free Wi-Fi here at TechSmart, it's free games, and luckily Electronic Arts have delivered some news that will have Windows PC users in particular very happy. The free game in question is 2009's RPG title Dragon Age: Origins. Although a little over five years old, getting it for free should prove more than appealing for any RPG gaming fans.

For those PC users interested in getting Dragon Age: Origins for free, one will need an Origin account, with the promotion set to run until 14 October next week. Along with that game, EA will be giving away Bejeweled 3 for PC and Mac gamers up until 28 October. As great as this news is, we're even more excited to try out BioWare's upcoming additon to the Dragon Age franchise, Inquisition, when it releases on 18 November. 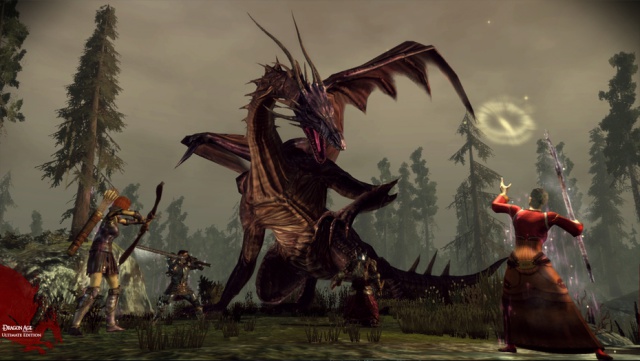 How is this for a game acquiring some serious acting street cred – acclaimed actor Hugh Laurie’s first videogame voiceover gig will be for none other than LittleBigPlanet. In case you are wondering what the English  thespian, who is most well known for playing the ruthlessly sardonic Dr. House, is doing in a game as sweet as LittleBigPlanet? It will be to voice the game’s villain, Newton. The news is significant for another reason – it reunites him with Stephen Fry, who is returning as the franchise’s narrator. The duo have a long and well weathered collaborative history, having previously worked together in the likes of  A Little Bit of Fry & Laurie and Blackadder

On lending his voice to a videogame for the first time, Laurie commented: “It’s not nearly as different as I might have thought 10 years ago; storytelling is storytelling, whatever form it takes and I’m attracted to anything I can do for the first time. This seemed to me to be so completely charming, witty and lovingly done that I was very taken with it.” Hear for yourself down below.

That other Lara Croft adventure (no, not Tomb Raider 2), the top down puzzle platformer follow-up to Guardian of Light, has gone and scrounged itself up a new developer diary.

The first video covers its fair share, such as the differences between playing solo or with up to four friends, character customisation, the game’s loot systems, and of course, griefing and how you can drop your buddies in a spike pit without being arrested.

Also shown are a good variety of environs. Did we mention that just a few of them made us want to pack our bags and head for exotic destinations? The good news is that the game is only two months away from its launch on PS4, Xbox One and PC. Take a look at the nearly five minute video below.

For any gamer whose adolescence happened during the early 90s, most of one's time (and hard earned coins) were spent at the local arcade. Since their heydey, arcades and their coin-operated machines have virtually dwindled out of existence, with only a handful still in operation. This has not phased the good people at Bandai Namco however, who recently unveiled a series of Star Wars themed arcade stations in New York, earlier in the week.

Named the Star Wars: Battle Pod, this particular arcade station features a dome and curved screen to give gamers a more immersive arcade experience. Added to this is vibration feedback, to further enhance the gaming experience and mimic the sensation of piloting an Rebel Alliance X-Wing fighter or Republic TIE Fighter, depending on which side of the force you favour. Only a select number of arcades around the US will be receiving the Battle Pods, but it's pleasing to see that studios have not completely given up on coin-ops.

Microsoft set to bring dashboard customisation to Xbox One

Now something for Xbox One gamers to get excited about, as head of Xbox, Phil Spencer, recently detailed that dashboard customisation and in-game screenshots will soon be a reality for gamers using Microsoft's next-gen console. Spencer confirmed that they are working hard on introducing the new features, in a podcast (featured below) earlier in the week. The move will give gamers the ability to customise both background images and dashboard layouts, akin to the kind of experience currently available to Windows Phone 8.1 users and their LIve Tile setup.

Although no fixed date for this update has been slated yet, we're pleased to see Microsoft making concerted efforts to keep users’ Xbox One experience new and fresh, having already made improvements to its cross platform SmartGlass system

The people over at Humble Bundle are at it again, this time round shifting focus from their mid-week comic book fare, to bring another bunch of hot indie gaming titles to the masses.

This new bundle, titled IndieCade2, is running alongside the IndieCade gaming festival currently taking place in Los Angeles, California. Humble Bundle knows that not all of us have the means to get to the City of Angels, so instead it has served up the entire range of indie games that will be showcased at IndieCade. 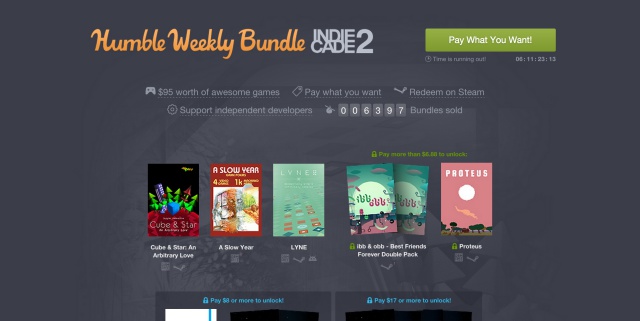 These include the likes of Lyne, A Slow Year and Cube Star to name a few. Added to this, if Humble Bundle subscribers beat the average payment price, they will also receive Proteus and ibb & obb. Those that cough up $8 or more will be given free access to Mini Metro, as well as Artemis Spaceship Bridge Simulator. For those with a little more cash to splash, the entire IndieCade2 bundle will set you back $17 (R188), which is a pretty sweet deal if you have a soft spot for indie games.