In case you didn't know, this week marks the start of the Tokyo Game Show, an annual event dedicated to showcasing which games and gaming developments we will see making their ways out of the East in coming months. One of the major titles being discussed is Metal Gear Solid 5: The Phantom Pain, which is slated for release sometime in 2015, according to developers Kojima Digital. Although such a roughly estimated launch date may not appease fans of the franchise, Kojima also showed twenty minutes of gameplay from the Phantom Pain to tide anxious gamers over.

The trailer itself focuses very heavily on a female sniper character named Quiet, as well as her interactions with Big Boss and his Diamond Dogs. One thing we can confirm, is that Phantom Pain is set for a cross platform release including the PS4, PS3, Xbox One, Xbox 360 and PC. Check out the gameplay video below in its full Japanese commentary.

If Bloodborne hasn’t been on your radar so far, then perhaps this will change that woeful misstep, as the PS4 exclusive has been officially dated for the 6th of February. What’s more, gamers are also given a deeper look into the game’s darkly gothic world and beautifully gruesome enemies thanks to a new trailer emerging from the Tokyo Game Show.

The below doesn’t just evoke fond memories of Dark Souls (no surprise, considering it too is from From Software), it also hints at some of the weapons players will be able to wield as they face down Bloodborne’s denizens. Let’s just say that hammers aren’t used for nails here, unless your idea of a nail is an eight foot monstrosity that considers you an hors d'oeuvre. If so, you really need to shop at a different hardware store.

From all appearances, its battles will pose delicious challenges as some of the enemies look like they slithered straight out of something that would give even Stephen King nightmares.Take a look at the trailer below and see if you agree.

Another game debuting a new trailer, this time, with a rather indepth look at 20 minutes, is Hellraid. As the trailer below shows, the first person hack ‘n slash title sticks you in a medieval setting (familiar if you’ve ever played Skyrim or The Witcher) and gives you a slew of weapons such as swords, maces, axes and shields to deal with the carbohydrate-challenged, (also known as skeletons). Also featuring are zombies (no, not the modern day kind who can’t tear their faces from their smartphone screens, more The Walking Dead type).

Much like in another old favourite, Kingdoms of Amalur, Hellraid won’t hamstring you when it comes to choosing between wielding magical attacks vs melee weapons, as players will be able to mix and match to their heart’s content (because really, who doesn’t want to shoot lightning bolts from their hands?).

Take a look at the trailer below – but do be a little patient for the action – the developers did humorously reassure that it is not a hiking simulator.

New trailer for The Evil Within to scare you shirtless

For centuries, the question has been asked: what exactly is evil? Is it the person who steals their colleague’s lunches out of the communal office fridge, or is it something darker, and more sinister, like seemingly making bad fantasy movies on purpose (yes Uwe Boll, we are looking at you).

Or is evil perhaps encountered when you find yourself inexplicably thrust into a deranged world beset by hideous creatures and being forced to survive unknowable terrors?

Thankfully, the latest trailer for The Evil Within, also emerging from the Tokyo Game Show, is not an office kitchen simulator, nor is it the horror of bad fantasy either, but rather it shows more of what players can expect when the game launches for PS4, PS3, Xbox One, Xbox 360 and PC on the 14th of October.The question it poses is far more immediate – if you can survive the wait, will you be able to survive the game?

As a heartfelt apology for reminding you of Alone in the Dark or, if you were unfortunate enough to see it, In the Name of the King: A Dungeon Siege Tale, here then our penance – a genuinely funny Borderlands: The Pre-Sequel trailer, all nine minutes and a half minutes of it.

Consider this your primer for the game ahead of its launch mid next month, as it covers the locale you will visit, the backstory behind the Pre-Sequel, its main protagonists, monsters and of course, the weapons you will get your hands on (which are, well, insane).

For a little over a month, the PS4 version of Sony's PlayStation Now Open beta, has been doing the rounds on the Japanese manufacturer's next-gen console platform. Now, those still plying their gaming trade on the PS3 console, will get a crack at the Now Open beta. The service itself allows users to have relatively instant access to an ever-expanding library of PS titles without having to download them.

The PS Now library has swelled to just over 150 games, most of which are no more than five to six years old. The objective of this service, is to give PlayStation users a chance to enjoy some of Sony's older titles, such as God of War: Ascension, inFamous and Ultra Street Fighter IV. The games themselves cost $1 to access, and provides users unfettered access to the game for one week. At this stage, the service is limited to users residing in select parts of the US and Canada, with plans to expand it to other parts of the globe in coming months.

Check out the video below, detailing how this new trial service works.

Scalebound is the Xbox One exclusive title from Platinum Games, the same studio behind Bayonetta. The game's director, Hideki Kamiya says it is unlike anything the studio has produced in the past, which has certainly piqued our interest.

An early teaser trailer for the game first debuted at E3 a few months ago, but now Kamiya is offering up a few more tidbits at this year's Tokyo Game Show. "Monsters, dragons, large action, that is exactly what our key theme is for this game", said Kamiya. Gamers will be able to play alongside an enormous dragon within the game itself, with the pair fighting against other mythical and magical beasts.

To keep tongues wagging, Kamiya indirectly hinted that gamers will be able to control said dragon. He added that, "Whether it's through battle or through adventure, your relationship and your bond is going to grow throughout the story." In case you missed it, click on the Scalebound announcement trailer below, as anticipation builds for this Xbox One exclusive title.

Game developers Square Enix announced that its series of Final Fantasy 13 titles would be making their way to PC. These include 2010's original Final Fantasy 13, 2012's Final Fantasy 13-2 and Lightning Returns: Final Fantasy 13, which debuted this year. All three titles will be available to purchase and download via Steam or Square Enix's dedicated online store, should you be a member, with the first FF13 title landing as of 9 October.

Should you opt to pre-order Final Fantasy 13 via Steam, you will receive a 10% discount on the $16 (R177) asking price, as well as a set of collectable Steam trading cards. Steam is planning to release the other two FF13 follow-ups in March 2015. 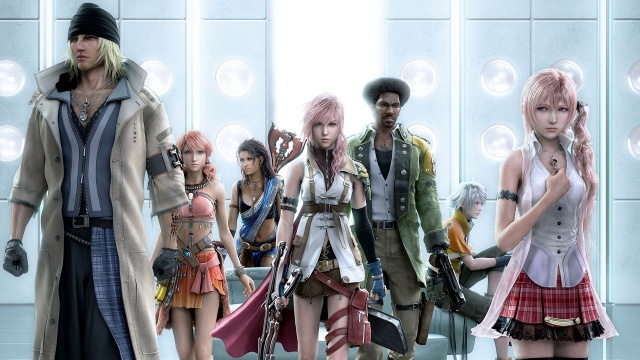